As the reopening of cinemas is getting closer every day in Germany, Kristin Klemann, art historian and member of the Passage Kinos’ staff in Leipzig (member of Europa Cinemas since 2002) discusses here the reopening strategy of her cinema through the initiatives that have marked the past year and the ones that will accompany the reopening. This interview is also the opportunity to take a look at the successful events that occurred during the period between lockdowns and draw a few lessons from them. 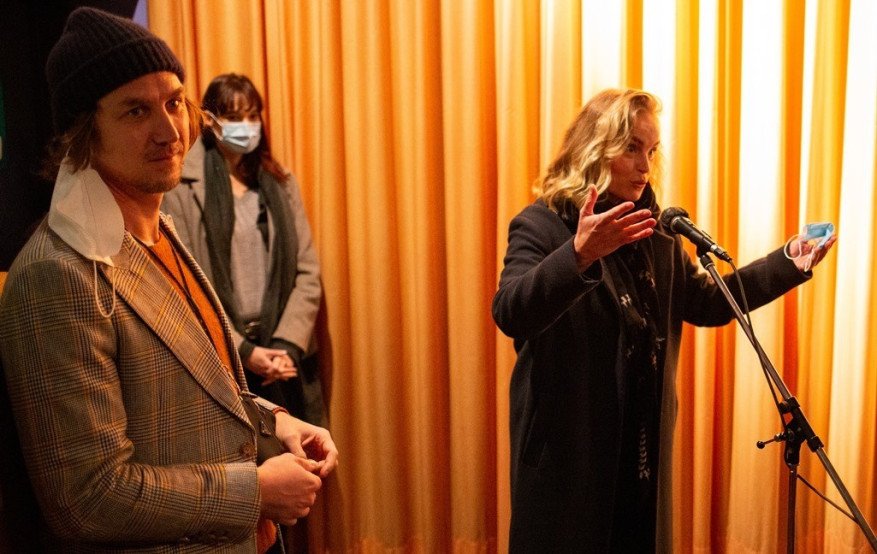 Preview of the film "SCHWESTERLEIN" (MY LITTLE SISTER) with actors Nina Hoss and Lars Eidinger on 29th October 2020, right before the second lockdown.

This interview is also available in German

First of all, how are you?
Fortunately, we as a cinema and our staff are doing well, both privately and professionally. We are all healthy and, also thanks to the economic compensations, we are not only able to survive the period of confinement, but we can also pay every month our student employees 75% of their average income on the one hand, and on the other hand look optimistically into the future and even make and implement renovation plans.

Last July, the reopening of your cinema was quite memorable, including a live concert and a glass of sparkling wine offered to all visitors. Are you planning such a start for this year?
Definitely! Once we have an assured reopening date, we would like to end the long lockdown with a visible kickoff and celebrate the reopening in a small but caring way!

Will your reopening strategy be any different compared to last year?
In principle, we will not change anything in our reopening strategy, as it proved itself successful last year. However, this also depends on the capacity restrictions and on general regulations that will apply at the time of the reopening – therefore, the strategy for the new reopening could also look partially different, that remains to be seen.

The period between the two lockdowns was also marked by the Queerfilmfestival, which was quite successful. How do you explain the success of this event in these difficult times?
We don't know exactly, but one guess is that the Queerfilmfestival explicitly targeted young people, who may have had fewer worries and fears about going to the cinema than an older audience. In addition, the films of the Queer Film Festival were an exclusive selection and could only be seen in the cinema, which is important.

How was the programming of this festival developed? To what extent are you involved in the selection and organization of this initiative, which takes place at a national level?
The film selection was made by Salzgeber Filmverleih Berlin with their own catalogue and then presented to us. We have then decided to show all 12 films in our cinema. We decided on the number of screenings per film as well as the playing times, also according to the theme of the films, and in consultation with the second Leipzig cinema hosting this festival.
The distributor included us in their advertising material and we designed our own advertising according to the graphic charter of the festival. So the distributor led the national advertising campaign and we led the regional one. 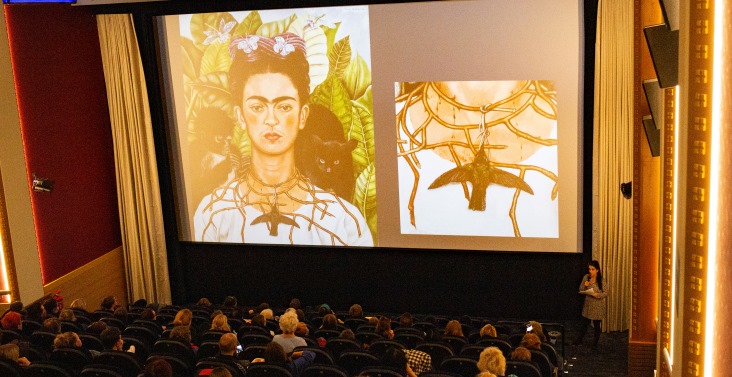 The Queerfilmfestival was held in partnerships with several German cinemas. Do you think that the cooperation between cinema operators will increase in the coming years? How do you benefit from this?
I don't think that it can be answered in a blanket way, this rather depends on the subject matter, but also on the competitive situation in the specific location. In principle, we are very open to such cooperation and collaborations - it definitely regroups synergies, thereby creating more opportunities and generating greater attention.
We could well imagine that such cooperation will intensify, supported also by digitisation and by the - perhaps also related to the Coronavirus - more familiar handling of digital agreements, regardless of the location, via Zoom, Duo or other similar tools.

During 2020 you also had the opportunity to project a series of films on specific themes, such as the „Psychoanalyse-Film“(Psychoanalysis Films) and the “Kunst trifft Film” (Art Meets Films) series. What are the results of these screenings, which are nevertheless aimed at very specific categories of visitors?
Both of the mentioned series have been an integral part of our programming for years and have been very popular from the beginning. The "Psychoanalysis Meets Film" event took place before the first lockdown in February, when no one could have had imagined that cinemas would be closed by mid-March. It was sold out, as it usually is.  Our "Art meets Film" event, on the other hand, took place on October 25 - just before the second lockdown and under severe capacity restrictions (in Saxony, 50%). As usual, it was also very well attended, or in this case sold out.
In general, we have observed for years that our audience very much appreciates the certain extra, the bonus to the actual screening and then particularly likes to come to us. The moviegoer doesn't "just" watch the film, but also gets an introduction beforehand or an analysis afterwards - and all that without an additional charge.
By placing these films, which are often repertoire films, in a special context and giving them a framework that already appeals to a certain target group through the naming of the series, visitors are also better able to find their way through our website, our weekly flyers or our poster advertising.
We are very pleased to observe that visitors who have attended an event with such a thematic or genre-specific series and have enjoyed it very often return to other events of the same series.

At the beginning of this year, you implemented the #WirliebenKino initiative, asking your visitors to share their experiences at the cinema through videos, photos or other creative formats. Have you managed to stay in touch with the audience through this initiative?
The response in the form of contributions from our visitors has unfortunately been very low so far, however, our main goal was to connect with our visitors and gain attention - even beyond our social networks – and we have succeeded in doing so.
We gave radio interviews about the action and internet newspapers reported and drew attention to it. We also received encouragement in the form of likes, emails and messages. Perhaps the inhibition threshold is too high for some people to actually participate actively in such formats - just as it seems to be increasingly difficult in general to generate active responses on social networks. This initiative alone would certainly not have kept us in touch with our audience, but it was an important element among many, as we are quite consciously active at least once or twice a week on Facebook and Instagram with our own contributions. 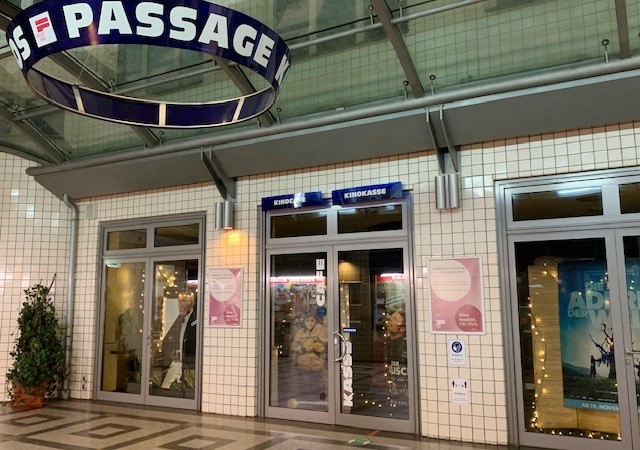 In addition to the #WirliebenKino initiative, Le Passage Kinos also took part in the "Kino leuchtet. Für dich" (The cinema lights up for you) national campaign on 28 February 2021. The campaign consisted of illuminating all cinema fronts nationwide in order to draw the attention of the audience to the situation of the exhibitors, but also to show the posters of the films that will be screened at the reopening.

This interview is also available in German