Similarly to our cinema in Berlin, the architecture of Filmcasino amazes the guests and conveys a bit of history in addition to the cinema experience. Still it is the committed program, contemporary advertising, appealing flyers for special events and many innovative ideas that make the cinema truly special. 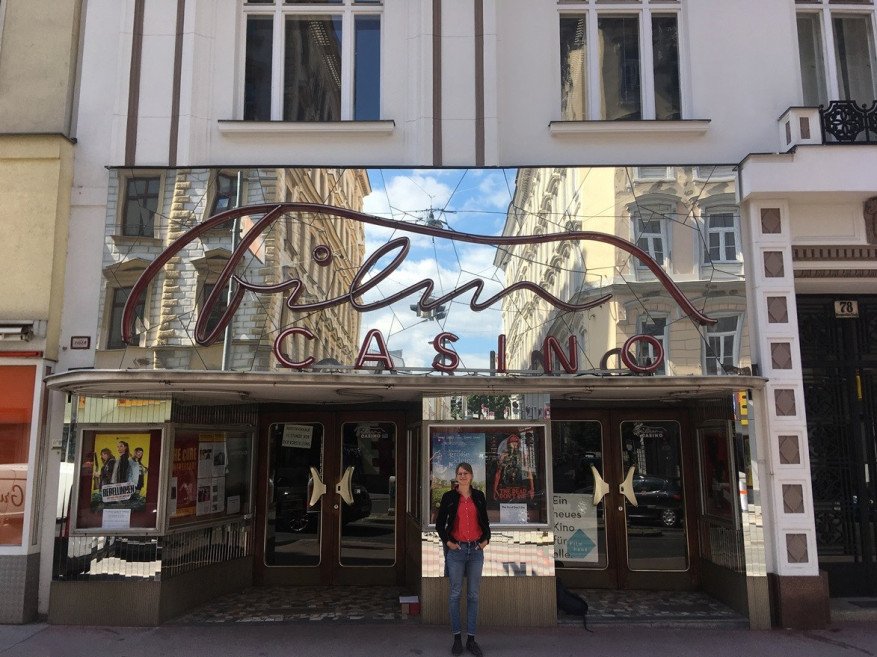 I heard about NEXT/CHANGE from fellow exhibitors who had already taken part in the exchange program organised by Europa Cinemas. It was clear to me that I wanted to go to the FILMCASINO in Vienna. I got to know the cinema - but only from distance - through the movie La Boum, which my cinema colleague and I are distributing in German-speaking countries. The FILMCASINO booked the film. I saw how they advertised the special event in advance and of course, I was happy about the almost sold out screening. My impression of the FILMCASINO was that there was a team at work that curates a program which shows the future of cinema: a successful selection of current films, curated film series and classics with additional offers. For example, La Boum was shown with 80s music prior to and after the screening. There are similarities with the program I put together in my cinema in Berlin, the CITY KINO WEDDING. In addition, the conditions are comparable as both cinemas have only one screen, of comparable size in a historic building. These similarities made it even more exciting and rewarding for me, because what I wanted was to exchange experiences about programming in a one-screen cinema that appeals to an audience as broad as possible and aims at a diverse selection.

The FILMCASINO - A cinema breathing history

The FILMCASINO is located in the vibrant Margareten district of Vienna. The cinema was built in 1911, but in the 50s it was extensively renovated and the building reminds me more of the 50s than of its founding years, especially because of the interior design. A narrow foyer with an old ticket booth - which should not hide the fact that the ticket system is new and that online tickets are available - and a somewhat hidden bar in front of the entrance to the screening room - are of an undeniable heritage nature. Of course, the screening room is also a real highlight with its 254 seats. Similarly to our cinema in Berlin, the architecture amazes the guests and conveys a bit of history in addition to the cinema experience. Still it is the committed program, contemporary advertising, appealing flyers for special events and many innovative ideas that make the cinema truly special. During a staff meeting, which I attended there was a lot of talk about outreach and the use of social media. On that topic, the cinema director assistant, Gerald Knell, shared some good practices he discussed at a Karlovy Vary workshop. The team of the FILMCASINO is keeping up-to-date as they are aware of the importance of contemporary marketing tools. 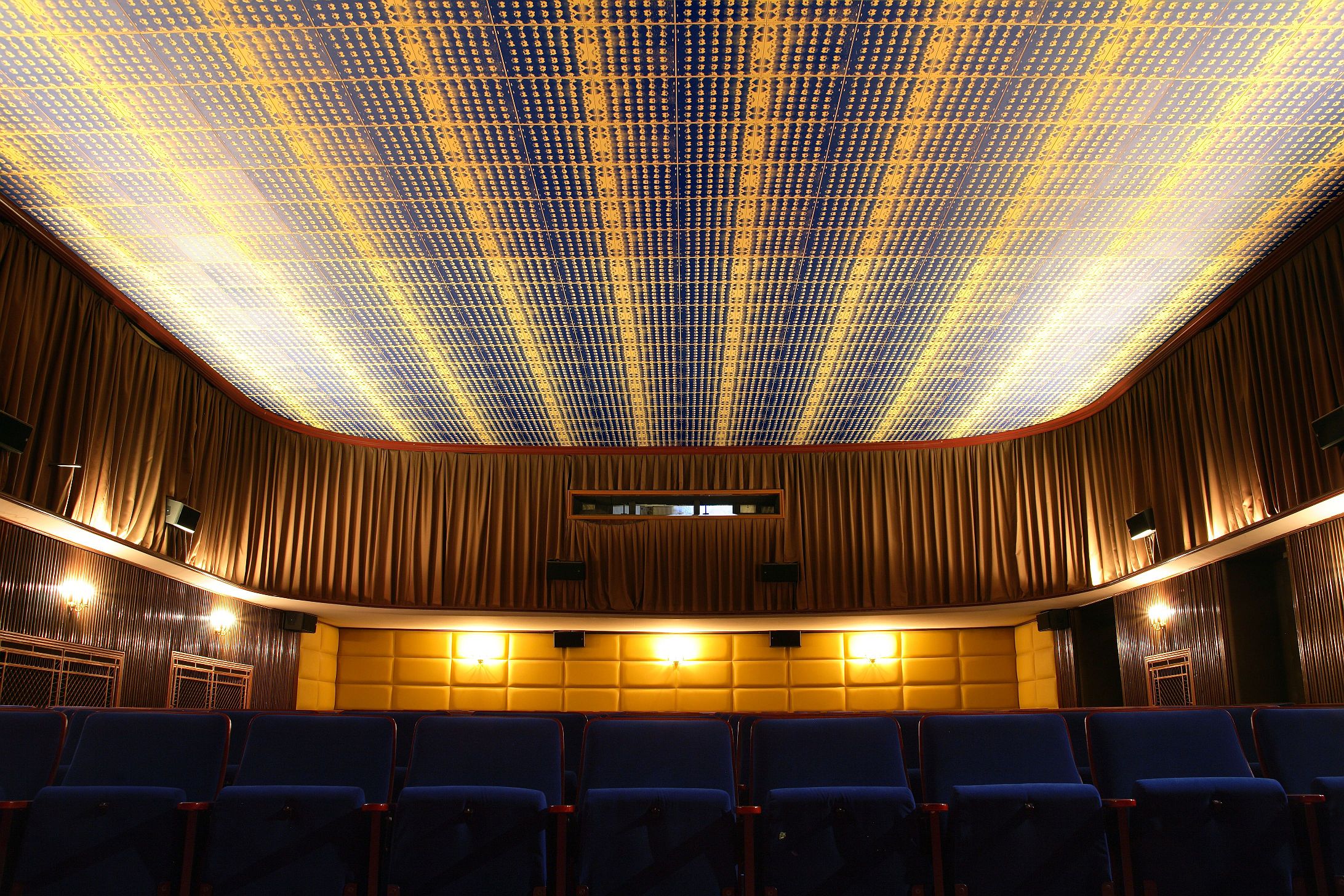 With about 70,000 visitors per year, the FILMCASINO make out the most of their one-screen. In addition to the regular art-house titles, which the FILMCASINO shows exclusively in original language with German subtitles, the cinema organizes numerous film series such as STADTSTREIFEN (a series for urban and architectural films, each of which is opened by an introduction by an expert and followed by a discussion), CINEMORNING (with screenings in the morning and free childcare), SLASH - FESTIVAL DES FANTASTISCHEN FILMS, CINE LATINO (that the FILMCASINO organizes together with a cinema in Salzburg), KINO & KUCHEN (with cake sponsor offering coffee and sweet food afterwards).

The FILMCASINO is extremely active and produces its own flyer for each film series and works together with partners who curate some of the events (such as the festivals CINE LATINO or SLASH) and of course reach out to their own target groups. There is a monthly brochure with the release dates and some already planned special events. This flexibility is important for the success of the cinema. I realised it is different from our program in Berlin, which is completely planned for one month ahead. In Berlin, we are not able to react to well-attended shows with additional screenings. This made me wonder whether this would be possible for us, as films that are running successfully would otherwise be withdrawn from the program despite the fact that there would certainly have been even more visitors to attend further screenings. Is monthly planning perhaps really a concept that entails financial losses? In any case, it made me wonder.

Of course, it should not be forgotten that the FILMCASINO - and also the Filmhaus am Spittelberg, which was taken over about a year ago - is operated by Polyfilm GmbH. That is actually a distribution company. As in many cases in Vienna, cinema operators are also distributors or vice versa. This is interesting, because the economic situation is more relaxed and one is not only dependent on the income of the cinema. For the distributor, that means that there is always at least one cinema in Vienna for its films and also discussions with distributors and their sometimes unrealistic demands are out of the way. The FILMCASINO's cinema team overlaps with the distribution team, marketing strategies that are developed for distribution can be adapted for the cinema and the experiences from cinema work flow into distribution work. In Germany, too, there are distributors who have cinemas, but the model is much rarer, although it actually seems to be the perfect partnership - also from an economic point of view.

The exchange with Vienna made possible by Europa Cinemas was a valuable inspiration. Above all, it is the opportunity to get out of one's own point of view, to get inspired by the experiences of others and to apply them to one's own concept. I travelled back to Berlin very motivated and that made me very happy. The enthusiasm with which Gerald Knell and his team run the FILMCASINO reminded me that it is precisely this enthusiasm that is extremely important for a successful cinema. It just does not work without excitement. But I also realized once again that running a cinema today is very demanding: cinema operators must be event managers, curators, business people who have their finger on the pulse of the times, who have a feel for social topics, who network well, are good communicators, know their way around social media and develop marketing strategies. The cinema is not a one-sided job, but that is exactly what makes it so exciting and rewarding!