Venice : interview with the 4 jury members of the Europa Cinemas Label

Beata Mrazíková, ambassador of the cinema Svetozor in Prague (Czech Republic) and Victor Courgeon, ambassador for the Cinema Luminor in Paris (France) - both jurors of the Giornate degli Autori selection within the frame of 28 Times Cinema - interviewed the 4 exhibitors composing the Europa Cinemas jury Label in Venice. 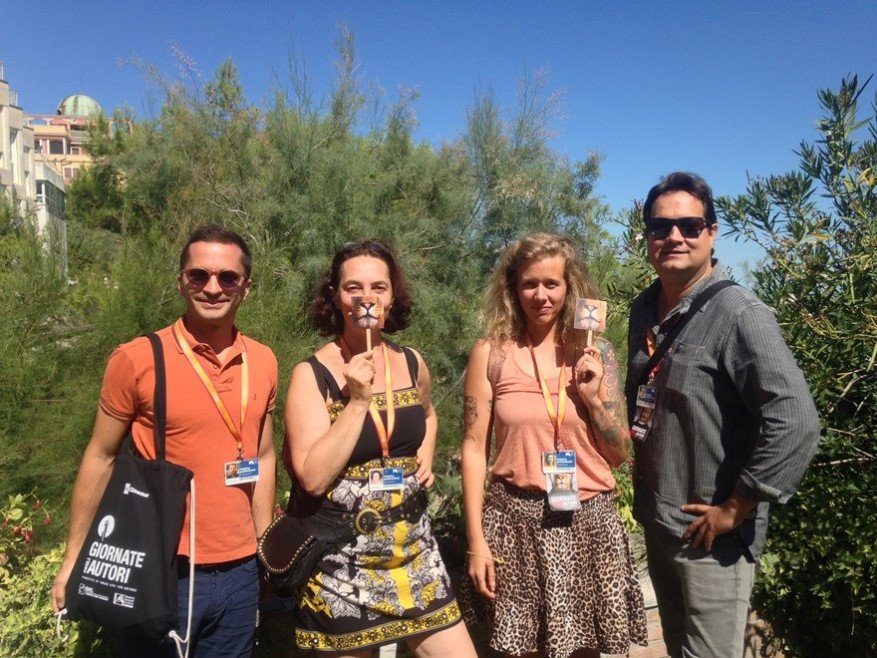 As an exhibitors jury, do you consider the viewers when discussing which movie will get the Europa Cinemas Award?

Eugenio Fuschini: It is not the main criteria, but it is one of them.

Aneta Kohoutová: For me, in the first place, I consider my opinion on the film, whether I like it or not. After that, we will ask ourselves for which target group this movie is made. Can it work in my cinema? Since I know my audience, I know what they like or not.

Do you think European films are screened and released in different ways across Europe? What are your strategies toward European films?

Eugenio: I don’t know the other countries really well, I know that in Italy it is easy to release European films. One of the reasons why many distributors buy European films is because exhibitors are getting support from Europa Cinemas.

Aneta: In Czech Republic, the easiest way is to screen Czech movies, because Czech people love national cinema. The quality does not matter because the label “Czech movie” is just important for them. However, for European films it is an interesting question… Most of us try to screen arthouse European movies and I think they have an audience but it is really small. It is much easier to release the new Tarantino movie…

Erdmann: I think it’s really different from country to country. There are still huge differences between Eastern Europe and Western Europe. In Germany, it is easy to distribute French, Italian or Spanish films but, there are very few Easter European films in our market. This should be improved. The label “German film” is not so well established among the German audience because they don’t consider Germany to be a film nation. On the contrary, they see France, Italy and the US as film nations. We are working on improving the image of national cinema. I think distribution works very differently in all our countries and it also depends on how we work with audiences.

Do you often see in festivals European films that you would like to show but which are not distributed in your country?

Aneta: It happens quite often. Not many films with a festival career are released in cinemas. We have an alternative film distribution platform called Film Europe which is trying to bring the best from the festivals (Cannes, Venice, Berlin). Also; in October there is Be2Can a huge festival screening just films coming from other festivals. Except for these ones, there are no other options. Therefore, there is no possibility for Czech audience to see some movies from the Giornate degli Autori competition.

As a jury, would you like them to be released? Even though it can be a risky for you as exhibitors.

Aneta: If these films are released, we would really need a strategy of communication and some really good PR. It is important for that kind of movies to have a support from distribution platforms and the press.

Eugenio: Another problem is that, here in Italy, we release 600 movies per year. Many of them cannot find space in cinemas. The selection of movies is important.

Do you think that the prize you will give at the end of the week, the Europa Cinemas Label, will be important for the career of the film?

Eugenio: For the cinemas of the network yes, because Europa Cinemas has a bonus for exhibitors that keep the films winner of the Label on screen more than two weeks. So it is important for films as well because they are screened for an extended period.

Anne: Maybe it will be important in France, but it is difficult to know. We created our own newspaper in my cinema network Utopia, so people can know about European movies not covered by the press. In France, everybody is complaining: “there are too many movies”. But for us, there are not enough theatres doing the same thing as we do. We don’t show blockbusters.

Utopia has been around for 45 years, in various places. We created a new kind of audience when we were established. We created the exception. We have learned that we can live without those strong films, without popcorn, without room rentals. It may be a good way to change the cinema theatres. We have 1200 arthouse theatres in France, but they all do the same things. The small budget movies stay away from the screens. But if you take those movies and keep them, word of mouth will help spread awareness. The audience needs time to discover movies.

Erdmann: I think you are doing a great work, but there are differences. French people go four times more to the cinema per year than German people (only 1.2 times per year).

You need a seasoned audience for this kind of model, and the economic opportunities to put a film on a screen for that long. If you are in a city where you don’t have cinephile audiences and you still want to bring them quality films, you cannot leave films on the screen for four weeks.

It is great that you share your experiences through the Europa Cinemas Network. How important is it to belong to such a network?

Eugenio: It is pretty important, first of all for the funding. It is the reason why Europa Cinemas exists. It is also a good way to choose the type of films we play in our cinemas. Because if you want to stay inside Europa Cinemas you have to follow certain rules and if you are part of it, you are associated to the label. The audience will therefore know that, in this cinema, you will find good European movies.

Erdmann: I totally agree. In addition, it is important to really defend European cinema against major film industries. I love American films and it is great to have them but if we don’t pay attention, the German, Italian, Czech, French cinema will suffer. Europa Cinemas is a very important tool to defend European film culture. I also like the exchange between nations and different cultures. It is even more important in these times with right wing parties trying to separate Europe again. It is essential to connect Europe and Europa Cinemas is an important piece in the mosaic. 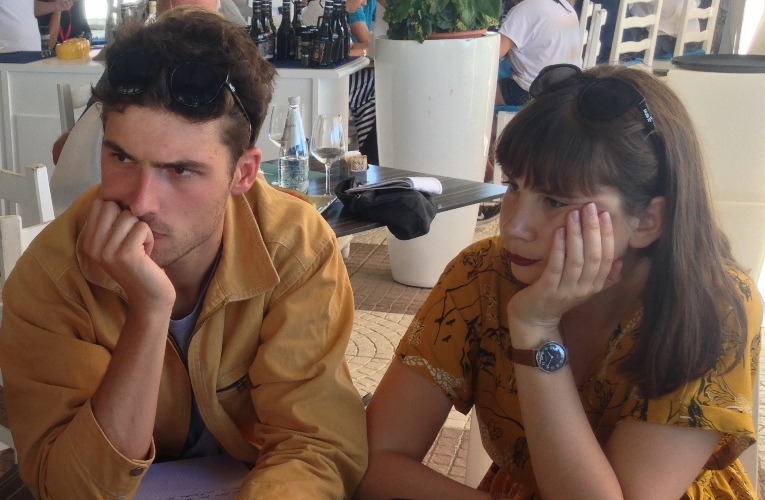