The year 2021 did not prove to be the return to normality expected by our network’s cinemas, after the impressive resilience they had shown in 2020, the first year of the Covid pandemic. Despite the fact that cinemas reopened their doors from spring onwards, attendances (1.7% increase in admissions) failed to reach their 2019 level. Possible reasons for this include capacity restrictions, face-mask requirements and a lack of arthouse films with potential. Nevertheless, our review of 2021 also highlights some promising signs for the future, from the success of European arthouse films (with the phenomenon ANOTHER ROUND leading the way) to the willingness shown by cinemas to engage with contemporary issues. 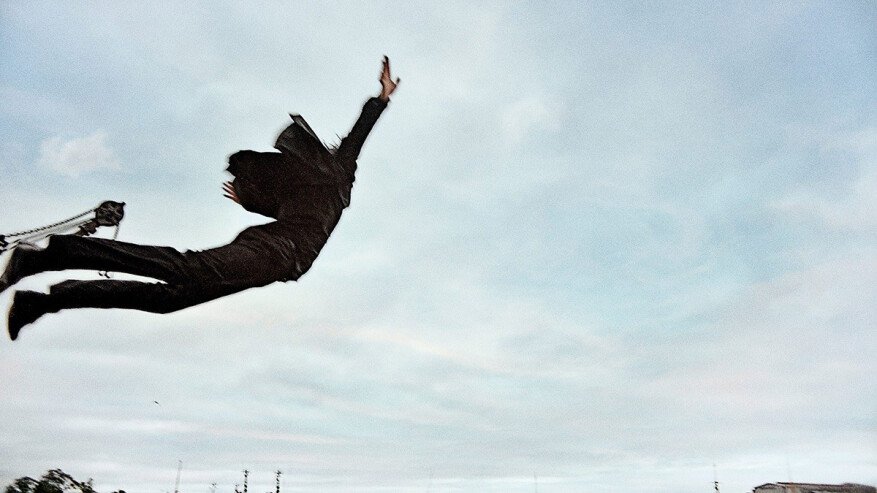 Detailed figures in our Network Review #39

2021: impressive resilience, in spite of the crisis

In 2022 the Europa Cinemas/MEDIA network is celebrating its 30th anniversary. The network started out with 45 cinemas in 24 European cities. Today, it brings together 1,119 cinemas in 676 cities. Growth had been strong before Covid (+ 383 cinemas, or an increase of 50%, in the space of 10 years), but this has inevitably slowed down during the two years of the crisis.

Reflecting this slower growth, 2021 remained a crisis year in terms of attendances – similar to 2020 – for the cinemas supported by the Creative Europe network, with admissions showing only weak growth (1.7%). The market share of American films, which had reached a historic low at our cinemas in 2020, rose slightly. European films also grew year by year, approaching the peak of recent years. This development is due in particular to the strength of national cinema in numerous European countries. A 58.1% market share for European cinema is more than twice the figure posted by the market as a whole.

Consequently, with results comfortably exceeding the 50% target for European screenings that was set when the network launched in 1992, and thanks to the European Commission’s renewed long-term support, the film theatres of the Europa Cinemas network are today the number-one market for European filmmakers – a result founded on the financially supported efforts of these cinemas.

The comeback of European filmmakers

Looking at the top of our rankings, this year we witnessed the return of a number of major names in European cinema,Thomas Vinterberg, Pedro Almodóvar, Nanni Moretti, Leos Carax and Paolo Sorrentino, “safe bets” at the European box office. Their latest films make it into our top 10, alongside some newer faces (Florian Zeller, Xavier Giannoli, Albert Dupontel, Joachim Trier and Julia Ducournau) – the picture is similar to years in which we saw excellent attendances. Although the results for each film fell short of the level you would hope to achieve on a normal market, the top two (ANOTHER ROUND and THE FATHER) comfortably exceeded 700,000 admissions, while the third-ranked film (PARALLEL MOTHERS) came close to the 500,000 mark.

Leading the way, ANOTHER ROUND has proven to be the phenomenon of the two years of the Covid era and is the biggest success to date for Thomas Vinterberg, three of whose films had already achieved more than one million admissions in Europe. Selected for the Cannes Label by the cancelled 2020 Cannes Festival, the film took the long road to success, demonstrating its (alcohol-fuelled!) resilience and really taking off in 2021. Its online release in the USA at the end of 2020 did not stop the film from making its way onto the big screen after cinemas reopened in spring 2021. The cinemas of the Europa Cinemas network added 888,000 admissions to the 197,500 posted in 2020. Overall, 36% of its admissions were achieved within our network.

ANOTHER ROUND also serves as a reminder of the strength of Northern Europe’s film industries, which frequently offer interesting works for the European film-loving public: in 2021 these included the Norwegian films THE WORST PERSON IN THE WORLD and THE INNOCENTS, the Danish productions RIDERS OF JUSTICE and MARGRETE - QUEEN OF THE NORTH and Finland’s COMPARTMENT NUMBER 6. Icelandic production LAMB, released at the end of 2021, should also achieve good circulation within the network. In the end the cumulative market share of Northern European films was the second European largest within our network, exceeding that of British films (which, we remind you, will no longer be considered European in 2022).

Once again, French films comfortably accounted for the second largest market share within our network, only surpassed by American cinema. ANNETTE achieved more than half of its admissions within the network outside France, in particular in Spain, Poland, the Netherlands and the Czech Republic. TITANE, last year’s unexpected Palme d’Or winner, also quickly found an audience abroad (within the network 60% of admissions were achieved outside France), posting particularly impressive results in Belgium, Germany, Spain, Italy and the Netherlands. The success of these two strong arthouse productions is noteworthy, as they may be helping to bring new audiences through the doors of arthouse cinemas.

Renewing audiences is a theme of great importance to network cinemas. Given the difficult start to 2022 in terms of admissions, certain venues are lamenting the rather limited return of cinemagoers in the 50-plus age group, who account for the lion’s share of audiences in arthouse cinemas. Nevertheless, when it comes to innovation the network’s cinemas hold some real trump cards, thanks to their long-term expertise in creating initiatives for young audiences.

By launching the Collaborate to Innovate programme in the midst of the Covid pandemic (2021, continued in 2022), Creative Europe and Europa Cinemas are aiming to support collaborative cinema projects, focusing on themes ranging from loyalty marketing programmes through to environmental protection. Fifteen projects were selected in the first year, with a total budget of more than 1 million euros.

An internal study on the topics that were shared with the European Commission as points for reflection demonstrates more broadly that network cinemas are already very much engaged with contemporary issues. More than 20% have entered the digital arena, primarily through virtual screenings, cooperation with VOD platforms, data analysis and podcasts. Almost 60% have set up inclusive, community-oriented initiatives, among which the establishment of ticket donation schemes (at 139 cinemas) stands out. Lastly, 42% of network cinemas are committed to the environment, in particular in relation to the issue of mobility within their cities.

Against the background of the climate emergency, many cinemas are taking action and adopting environmentally responsible practices. This concern for the environment is also reflected in their programming, which is characterised by socially engaged films that aim to raise awareness.

At the Cannes Festival in July 2021 a section was devoted to this theme. Some of the films presented during the festival included, in particular, the future French successes THE VELVET QUEEN (97,000 admissions within the network as at the end of 2021, almost exclusively in France, before numerous European releases in 2022) and BIGGER THAN US (51,000 admissions in network cinemas, in France but also in Belgium).

I AM GRETA is, of course, another film that symbolises what could be regarded as a wave of works on a theme of concern for teenagers and young adults. In the space of two years this Swedish film has achieved 78,000 admissions within the network (49,000 of which in 2021) and has posted impressive results in network cinemas in around ten countries, with the Netherlands, Germany, Austria and France leading the way.

Let’s finish with a stat that is more than just an anecdote. We talk a lot about the dissemination of European films, the main objective of European financial support. However, the success of film theatres is, of course, largely rooted in their own city, their own district and their own community, and they are sometimes the first places to screen films with a particularly local slant.

One example is the Norwegian documentary BERGEN by Frode Fimland. Based on archive footage covering a hundred years of the history of Norway’s second city, it achieved around 25,000 admissions at the Konsertpaleet cinema, equating to almost one in ten of the city’s residents. Take a look at the online trailer – it’s fantastic!