At HOME cinema in Manchester

An important element of HOME's identity is the combination of three areas of its activity: film, theatre and exhibition. The employees of the institution attach great importance to programming coherence between these three areas. 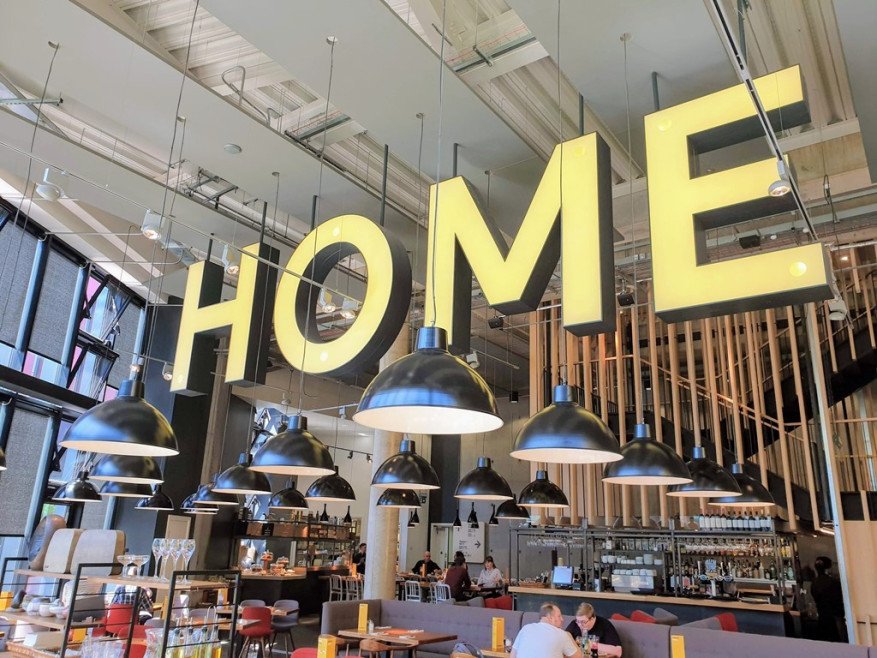 Reasons, goals and course of the trip

HOME cinema in Manchester has been piquing the curiosity of New Horizons Cinema team members for a long time. For us, HOME is an example of a well-managed institution that combines an ambitious repertoire with the ability to reach a wide audience. What we found especially impressive in HOME, it was the huge amount of meetings with filmmakers and screenings of classical or small, independent movies.

The New Horizons Cinema situation is specific (as we rent the building) and we need to rethink various development perspectives, so we wanted to obtain from HOME team members insights on the organizational aspects of the facility. We were particularly interested in topics such as the origin of the HOME building, the budget and the institution financing structures, programming and marketing priorities, future challenges and conclusions on the current HOME activities.

The visit, which took place on June 26-28, 2019, involved four representatives of the New Horizons Cinema who are responsible for different areas of the company's operation: Roman Gutek - president of the New Horizons Association, which runs KNH, Daniel Ratuszniak - director of the New Horizons Cinema, Justyna Wieczorkiewicz - Molendo - adviser to KNH and Piotr Czerkawski - curator of KNH. From HOME, Rachel Hayward - head of the Film department -, coordinated our stay but during our visit, we also met with people in charge of the cinema programming, public relations and marketing. Taking part once in the every six weeks meetings of the entire HOME team turned out to be a very inspiring experience for us, as it enables employees of the facility to solve current problems and discuss various aspects of the company's organisation.

Observations and conclusions made during the trip

One of the biggest challenges for HOME, which similar cultural institutions have to face, is growing competition from multiplexes, which entails the necessity to try to maintain or increase the current audience. An interesting idea of ​​HOME in this respect is their extensive membership program that extends and gives a high profile to their network of friends and patrons (among them are famous filmmakers such as Asif Kapadia and Danny Boyle), who promote the cinema activities in the media. This idea seems relatively easy to apply at KNH, especially through the numerous contacts with well-known filmmakers that the cinema team manages to establish each year during the New Horizons festival. 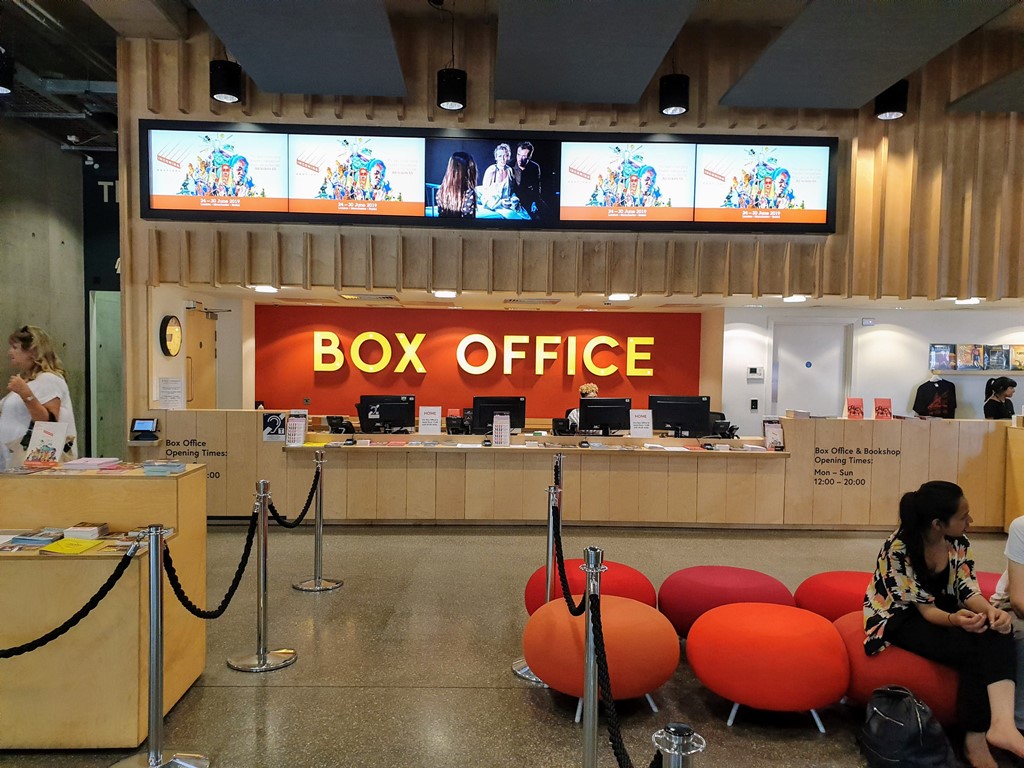 An important element of HOME's identity is the combination of three areas of its activity: film, theatre and exhibition. The employees of the institution attach great importance to programming coherence between these three areas. The way they do it can be a useful lesson for the NH Cinema, where we also have proposals from various art fields and we could put even greater emphasis on synergies between them.

It was also interesting to look at the way the gastronomy services works at HOME. Unlike the NH Cinema in which the cinema company manages the bistro as well, there are as many as two bars and a restaurant in HOME, operated by an external company. According to the data collected by the HOME team, food service is one of the key factors attracting customers. Importantly, the bar located on the ground floor operates until late at night, which builds the image of HOME as a vibrant place. Expanding the gastronomic area and achieving a similar effect in NH Cinema would be an interesting idea for our development.

The visit to HOME turned out to be particularly fruitful also because we were acquainted with the PR - marketing - model in the cinema. The idea of ​​an online podcast turned out to be particularly inspiring, movie critics and film experts comment regularly on films presented at HOME and they promote the cinema events. The idea, which looks effective and simple to implement, could easily be applied in KNH to increase the venue recognition on the Internet.

The visit to HOME inspired us in many fields and made us think about implementing the solutions we described before. We are also counting on further and wider cooperation with HOME. Rachel Hayward accepted our invitation and made a visit to the New Horizons festival, where she participated in industry events from the Polish Days series. We hope that further strengthening of mutual ties will result in future events such as retrospectives of Polish cinema at HOME or the visit of one of the HOME patrons directors - at the New Horizons Cinema. 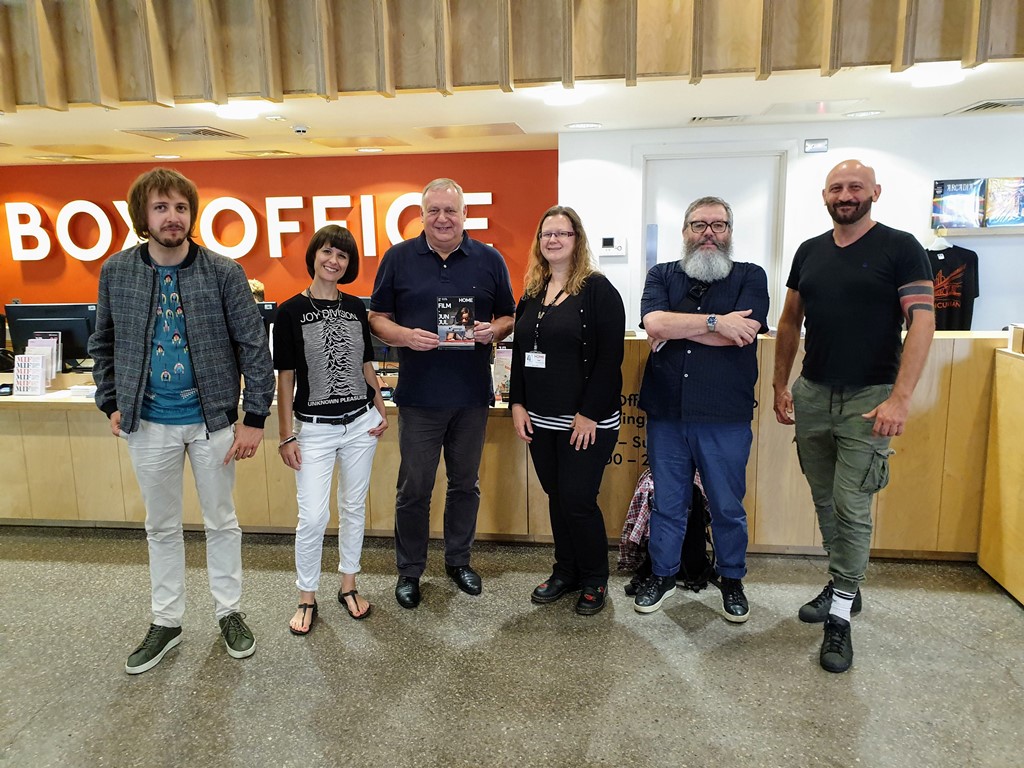