The Queen’s Film Theatre in Belfast celebrates its 50th anniversary

« Like me, many regulars, encountered cultures and stories beyond their own experience, for the first time in the art house films and carefully programmed world cinema QFT screened. I can’t even begin to say how grateful I am for this service. I became both better informed and more curious about the world beyond Northern Ireland, because of all my wasted evenings at QFT.» Jan Carson, writer and community arts officer based in Belfast

The Queen’s Film Theatre, a longstanding member of the Europa Cinemas network since 1993, has occupied a very special place in Belfast cultural landscape for 50 years now.

To mark its fiftieth birthday,  this 2 screen venue is hosting a range of events including brand new films and old classics throughout October. It is also the occasion to show off its newly refurbished appearance which has recently been completed.

Closing Night Gala – WIDOWS by Steve McQueen with special guests to be announced at a later date.

Joan Parsons, head of QFT, accepted to present her venue and reflect on the role of art house theatres committed to European cinema.

QTF celebrates its 50th anniversary this month. Over the 50 years of its existence what has always remained the same and what has mainly changed ? What are 3 or 4 landmarks worth remembering according to you ?

QFT has changed a great deal since its inauguration 50 years ago. Originally this converted lecture theatre was accessed from the back street, it was well-hidden away and had virtually no foyer space of any kind. Over the years the building entrance was moved, to its current place as number 21 University Square, a Georgian terrace of listed buildings, a second screen was added and the foyer and bar were gradually developed. Now it is a two screen cinema with a fully licensed bar, a comfortable foyer and a lovely entrance door. What hasn’t changed though is the spirit of the cinema, QFT makes things happen and always has. Inspired by the commitment of the founding duo determined to raise a small amount of money and get something going, the cinema has always found a way to keep going, innovate and thrive, relishing its uniqueness along the way. 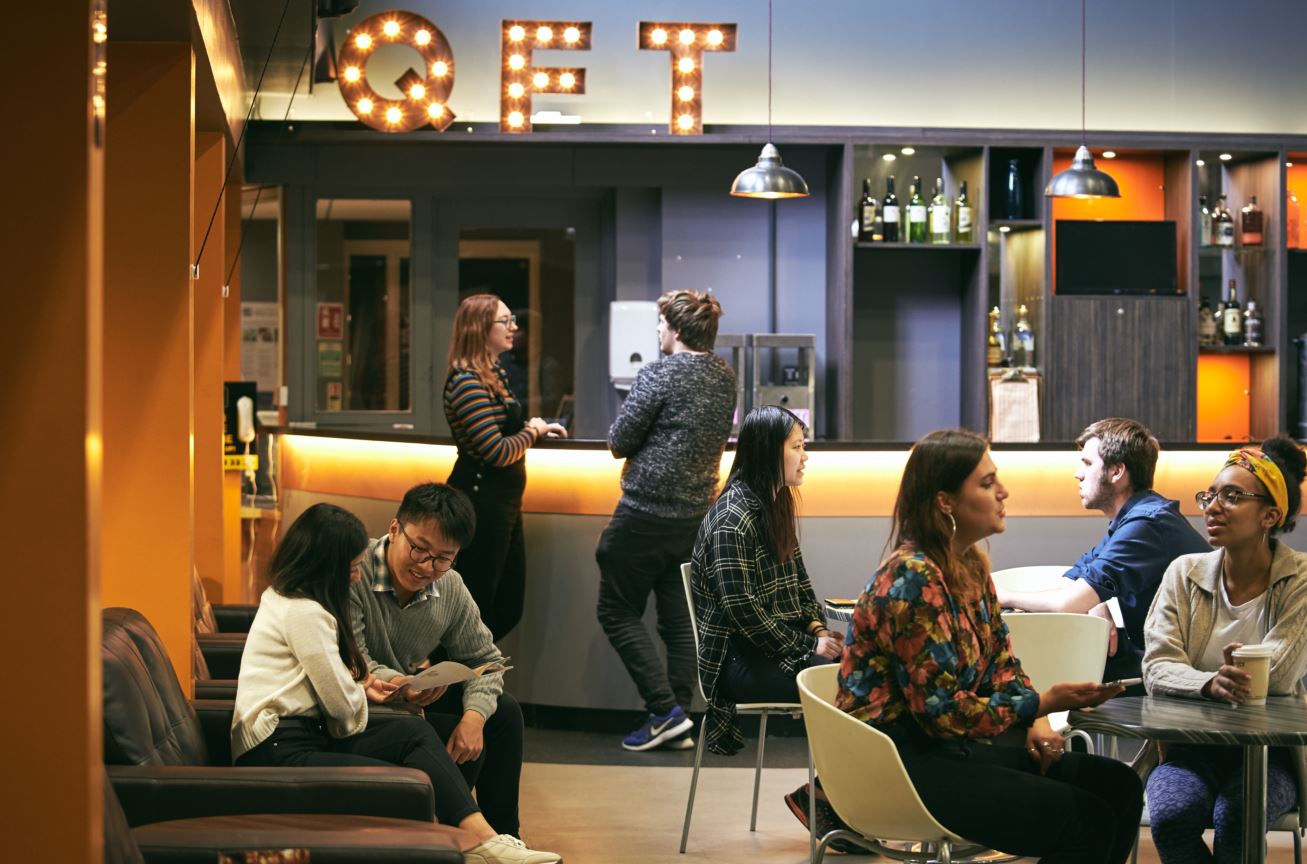 What is your role exactly as head of QTF ?

I am responsible for all aspects of the cinema’s operation. I lead a small team of staff who work across the front and back of house aspects of the cinema. Head of QFT is a fantastic role, I am committed to working hard to make QFT even better and ensuring that the balance of cultural and commercial operations is carefully managed. Being part of the University is a fantastic privilege for the cinema as we have connections with world leading experts in so many fields and can build significant partnerships with many people to help add context and individuality to our programme. Belfast is a very interesting city with a booming film culture, festivals and community cinemas do fantastic work here and it is also key to my role to ensure that these partnerships are fostered to enable the growth of film culture to continue.

What makes QFT such a special venue, you think ?

I think a combination of dogged determination through thick and thin and an incredibly brave and loyal audience with newcomers always welcomed make QFT an incredibly special venue. Throughout the 50th anniversary project it has been an absolute delight to hear people’s love for the cinema and their special memories of film experiences they’ve had here across the years.

What is one of your fondest memories at QFT ?

As a relative newcomer I am making new memories every day at the moment but so far my two favourite moments were a staff reunion held in the very first weeks of my employment when I was made to feel so welcome and part of what is a 50 year long tradition of staff loving working here. And the 16th October as we celebrated the 50th birthday in style and everyone gave the cinema the best birthday ever.

How did you prepare the anniversary ?

Preparations began last year, gathering audience focus groups to talk about the cinema, reminisce and think about how a programme might be created to bring together what everyone likes best about the cinema. This brought out some great memories and prompted lots of thoughts about how the programme needed to be as varied as our audiences, highlight all the elements of QFT work and also hang together as a stand-alone celebration. We were very grateful for the support of Heritage Lottery Fund and the British Film Institute who awarded us some funding for the project and we’ve been working away on it since January, it’s been brilliant to finally be able to share everything with audiences and we are really pleased with the reaction to the work that we have produced. 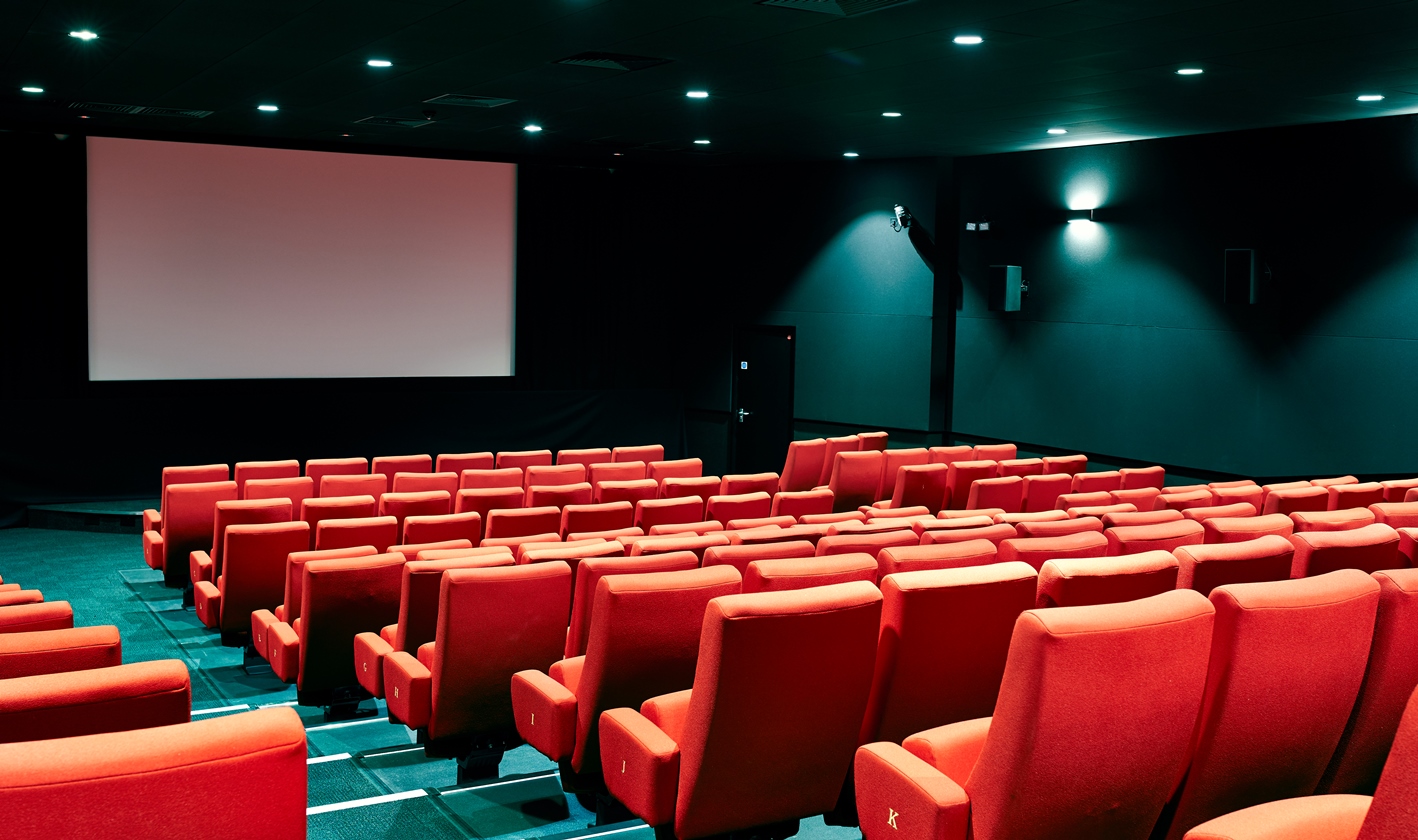 Your openness to all the categories of audiences is impressive. Can you say something about your work with young audiences and the autism and dementia friendly screenings?

I am a firm believer that when you are in receipt of any public money that you have a responsibility to serve the public as well as you can. Part of that responsibility is about making your programme as accessible as possible and we are committed to doing so. We do this by introducing elements to the programme that make the experience as easy as possible for people with conditions that might otherwise make a trip to the cinema impossible, through genuine long-term audience development ambitions and an awareness that if you neglect young audiences you are never going to build the next generation of cinema fanatics.

Can you talk about your staff, who does what ? What are your communication strategies, your organisation for special events.

We have a team of around 30 people here at QFT with a combination of permanent staff and student workers, who together are a brilliant team to work with. We have incredibly committed and specialist team who work together to ensure that we deliver the very best cinema experience to all our audiences.

If I’m not mistaken the cinema has been part of the Europa Cinemas network from the very birth of the association in 1993, to what extent is this membership important for you ?

Yes, we are a longstanding member of Europa Cinemas and our membership of this network is very important for us and for our audience. After many year of the instantly recognisable Europa Cinemas logo on screen, people are very familiar with what Europa Cinemas means and the message it communicates about our film programme and our international connections. We are the only member of the network in Northern Ireland and are very committed to European Cinema as it is highly likely that if we don’t programme foreign language titles they won’t receive any Northern Irish screenings. We want to be able to grow enthusiasm for world cinema across Northern Ireland and in order to do that we must visibly demonstrate our commitment in our programme.