Romania’s "I DO NOT CARE IF WE GO DOWN IN HISTORY AS BARBARIANS" directed by Radu Jude, has won the Europa Cinemas Label as Best European film in Official Selection - Competition of the 53rd Karlovy Vary International Film Festival, it was announced last Saturday by a jury of four exhibitors from the Network. 2018 marks the thirteenth time the Label has been awarded in Karlovy Vary. 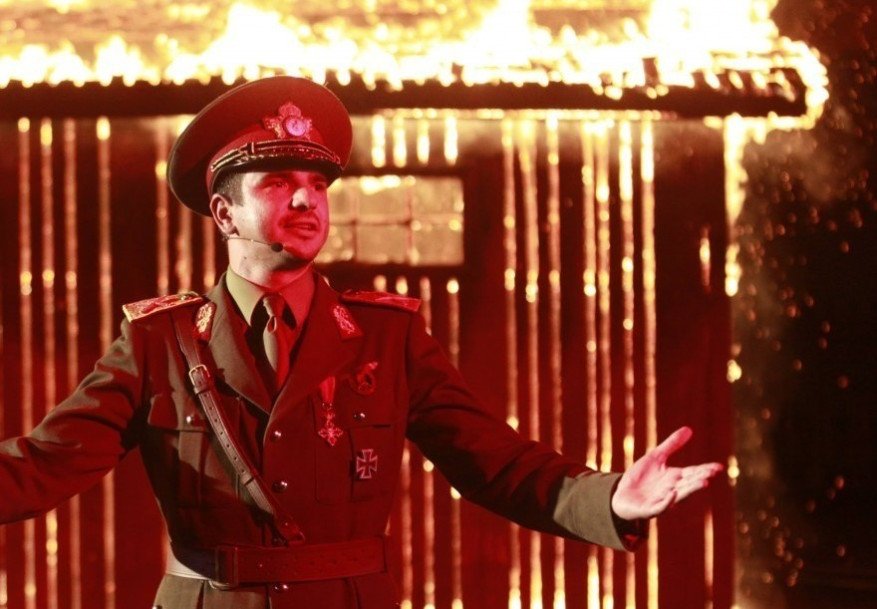 "I DO NOT CARE IF WE GO DOWN IN HISTORY AS BARBARIANS" will now receive the support of the Europa Cinemas Network, with additional promotion and incentives for exhibitors to extend the film’s run on screen.

The jury issued the following statement: "In the last week we enjoyed actresses, actors, scripts, photography, music, humor and tragedy, in many different ways from various countries. In one special film, however, we experienced all these different elements put together in a highly original way. Through its many layers we saw novel ways to tell a story, rethinking the approach to the darker pages of history, and refusing to bow to trivialization through comparison with other events. The film’s intellectual approach to the topic at times makes the viewer feel uncomfortable, but it also makes you laugh. It fights for the freedom of arts against censorship and nationalism.”

Sold internationally by Beta Cinema, "I DO NOT CARE IF WE GO DOWN IN HISTORY AS BARBARIANS" is a Hi Film production (Romania), co-produced with Endorfilm (Czech Republic), Les Films d'ici (France), Klas Film (Bulgaria), Komplizen Film (Germany) and ZDF/ARTE (Germany).

Director Radu Jude was born in Romania. He graduated the filmmaking Department at Media University in 2003. He worked as an assistant director. "I DO NOT CARE IF WE GO DOWN IN HISTORY AS BARBARIANS" is his sixth feature and world premieres in the Official Competition of Karlovy Vary International Film Festival.