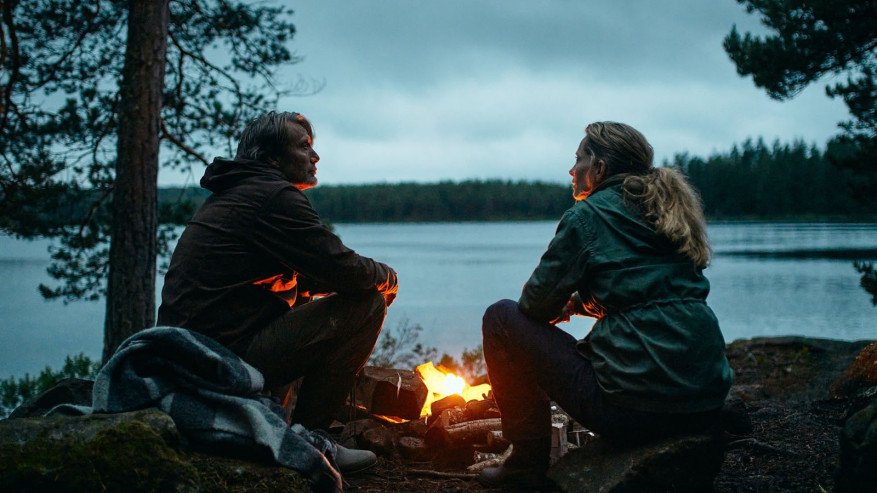 As highlighted at the Cannes Film Festival during its Exhibitors' Meeting (July 09, 2021), the 2020 results of the Europa Cinemas network cinemas show a better resistance to the crisis than the European market as a whole: the drop in admissions of the 1143 cinemas of the network supported by Europe Creative / MEDIA is 62%, compared to 70% for the European market. The loyalty of committed audiences and the resilience of cinemas that have been able to set up initiatives that have even received good media coverage, have enabled several European films, notably UN DIVAN A TUNIS and DRUNK, to find their audience in many European countries. This dynamic continues in the current phase of reopening, which is a good omen before the launch of the Collaborate to Innovate scheme, which will support with Europe Creative / MEDIA the collaborative actions between cinemas of the network.

Detailed figures in our Network Review #37

In a very difficult year, some results of the Europa Cinemas network remain positive

All over Europe, cinemas were forced to close for most of the year.

For the Europa Cinemas network, supported under Creative Europe / MEDIA, this loss of business represents a 51% drop in screenings and a 62% drop in admissions, for a total attendance of 30 million annual admissions compared to 79 million in 2019. In 2020, the network was composed of 1143 theaters in 692 cities and 34 countries.

This decline is relatively less than that of the market, estimated at 70% by the European Audiovisual Observatory in the EU countries and the United Kingdom. The same observation of a relatively smaller drop in admissions was made more generally for arthouse cinemas.

The reinforced place of European films in the network

Despite this disadvantageous context, there are positive elements like the continuity in the network cinemas’ attendance and the efforts made in favor of European programming. The network cinemas devoted 60.3% of their screenings to European films, which represent 17.1 million admissions, and 56.7% of the network's admissions.

The absence of promising American films since the first lockdowns (with the notable exception of TENET), is reflected in the network by market shares in terms of screenings and admissions that are up for European films:

The best European films in 2020 were films already screened in 2019. This is also the case for the top 1 film in the network, PARASITE (1.4 million admissions in 2020, after having already circulated well in 2019 following its Palme d'Or). The number of films programmed as first-run movies dropped by 42% in 2020. Due to the cancellation of many festivals, large-scale releases of European productions have been seriously slowed.

UN DIVAN A TUNIS is an exception to be highlighted: this French film released in 2020 achieved 300,000 admissions in the network in ten countries, throughout the year 2020. In fact, the network represents 55% of the admissions of this successful film. It shows that the network is crucial for the circulation of European films outside their territory of origin: up to 68% of the admissions of the French film PORTRAIT OF THE YOUNG GIRL ON FIRE and even 86% of the results of the Macedonian documentary HONEYLAND are due to Europa Cinemas.

Even more emblematically, the network's cinemas devoted 1 out 3 screenings in average to non-national European films (32.8% of the network's screenings). However, this figure is slightly down, as distributors have been reluctant to release non-national European films in a period when some of the main events were not able to take place. Thus, national productions were favored.

French films, 2nd nationality in the network, behind US films

The top 5 French films in the network in terms of screenings are UN DIVAN A TUNIS, LA VERITE, J'ACCUSE, LES MISERABLES and ETE 85. Note the diversity of films represented here and again the excellent results of UN DIVAN A TUNIS, a Franco-Tunisian co-production, the first feature film of its director.

In 2020, the network's exhibitors quickly mobilized for a common cause, as soon as the first lockdowns occurred and once again during the summer openings. We will remember the rapid implementation of virtual event screenings, online viewing platforms connected to cinemas' websites, cinemas distributing masks and Covid screening tests. We would also like to point out the projections on the walls of the cities and the return of drive-in screenings, like those organized in Cannes, by the exhibitor of the network cinema Arcades, Philippe Borys Combret, who’s opening these days in Cannes the Cineum, a new multiplex at the cutting edge of modernity.

The crisis also meant that cinema professionals had to adapt to new digital practices. Many festivals and events were able to have an online presence, like our Cannes Exhibitors' Meeting a year ago. Two important European events were also able to take place in 2020, despite everything: the 5th European Art Cinema Day, in partnership with the CICAE, and the European Cinema Night, with the Creative Europe / MEDIA Program, each mixing physical and virtual screenings.

The webinars also allowed us to explore new forms of sharing and virtual crossings of borders: a panel organized with the Contis Festival and Box Office Pro, participation in the professional days of Cinémas 93 online, and Labs in Seville and Thessaloniki for sharing experiences by large groups of exhibitors in the network.

These new digital uses emerged from the lockdowns certainly encourage the creation of new professional links, simpler and more direct, and will give rise to new projects in the future.

2021, a year of (re)openings and new collaborations

In 2020, cinema theaters reunited to remind us of their role as essential institutions of “basic needs” and made outstanding efforts to maintain a connection with their audiences – and the audience was there when the cinemas reopened in 2021. Interrupted film careers have resumed in recent weeks, for example DRUNK since May 2021, with great success.

The development of the new Collaborate to Innovate funding scheme by Europa Cinemas, conducted with Europe Creative / MEDIA, comes at the right time to build new cooperations between cinemas and is going to give support to dozens of cinemas in the network in 2021/2022.

As with digital technology some fifteen years ago, new fields need to be explored for an exhibition sector that must reach out to all audiences, especially the youngest. This new scheme, designed to support exhibitors' investments (up to 100,000 euros for a collective project), will publish its first beneficiaries in July 2021.