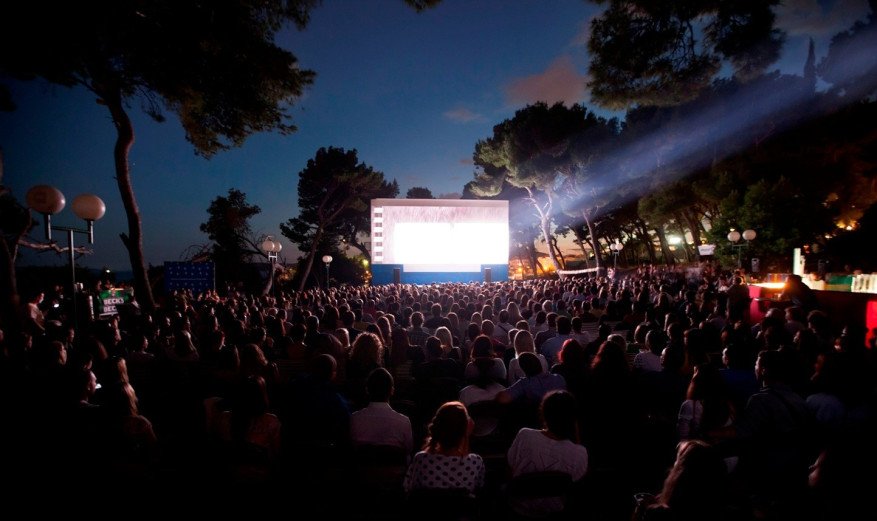 The Yugoslav war in the mid ‘90s brought massive shutdowns of movie theatres and open-air cinemas to the majority of small Croatian coastal towns. Before the launch of Kino Mediteran, some of those places were without any cinema provision for over fifteen years, and you could easily meet members of younger generations who had never watched a film on a big screen.

South Dalmatia, located in the heart of Croatia, stretches from the city of Split to the city of Dubrovnik, with 165km of flight distance, and a lot of cities and villages along its even longer coastline. None of those cities and villages had cinema access for years, and the only solution was to go to cinemas in one of the major cities - Split or Dubrovnik. That has been the drive behind establishing Kino Mediteran, aiming at bringing cinemas and cinema content back to deprived areas.

It started as a traveling cinema project in 2012, spanning eleven cities during the summer season, focusing on European and independent films, aimed at renewing old theatres and relaunching open-air cinemas.

With the fast development and high demand for its activities, the project grew progressively and local partners requested regular, year-round, cinema programming. That is how Kino Mediteran started digitizing and equipping cinemas in 2013, in cooperation with the Croatian Ministry of Culture and local municipalities, each year adding more cities to the list of fully digitized and equipped cinemas. Thus far, nine cities have been equipped and digitized, with an additional three cities to be digitized in 2018.

Thirteen operate on a regular, year-round basis, and twelve operate at regular intervals and during the entire summer season.

The growth of the project is reflected in its numbers; the first edition in 2012 reached eleven cities, with a total of thirty-three screenings and 4,000 admissions; its fifth edition, in 2017, garnered 27,840 admissions and 587 screenings across twenty-five cities. The overall programming in 2017 consisted of 51% of European films and 13,390 admissions, which constitutes a remarkable 48% of the total number of admissions.

These numbers are even more impressive when the size of the cities it reached is taken in consideration, as the largest member of the network has just 5,000 inhabitants.

The programme consists of combined European, independent and commercial programming in the fully digitized cities, and European programming exclusively in the non-digitized cities. Special attention is paid to the youngest audiences and all the recent, accessible animated films are shown in the cinemas, as this has proved very important for audience development. As the cinemas were re-opened, most of the visitors were older in age, recalling old times and great cinema experiences from when they were younger. This is something we had to take special care with when it came to young audiences, who were not used to going to the cinema to watch a film on a big screen. Therefore, special efforts were taken to reach out and attract younger generations who would go on to become regular cinemagoers.

Our focus, through various activities, is on audience development from a very early age.

In the process of developing the project, Kino Mediteran began to distribute European independent films. First, this was solely for the territory of Croatia and, later, expanded to include the region of the Former Yugoslavia. The distribution scheme was initiated out of love for independent cinema and the desire to make those films available and more visible in Croatia.  Great effort is put into ensuring a good life for the acquired title and that it reaches as wide an audience as possible, through all available channels.

Though Kino Mediteran is still relatively new on the distribution market, it has already acquired some of the best independent titles in its time, namely: L'AVENIR by Mia Hansen Love, OUT OF NATURE and FROM THE BALCONY by Ole Giaever, I STILL HIDE TO SMOKE by Rayhanna Obermeyer, THE SECOND MOTHER by Anna Muylaert, BLANCANIEVES by Pablo Berger, and its most recent acquisitions THE GUILTY by Gustav Moller, HEIRESSES by Marcelo Martinessi, THE REPORTS ON SARAH AND SALEEM by Muayad Alayan, BUTTERFLIES by Tolga Karacelik, GORDON & PADDY by Linda Hamback and, last but not least, GIANT by Aitor Arregi and  Jon Garaño.