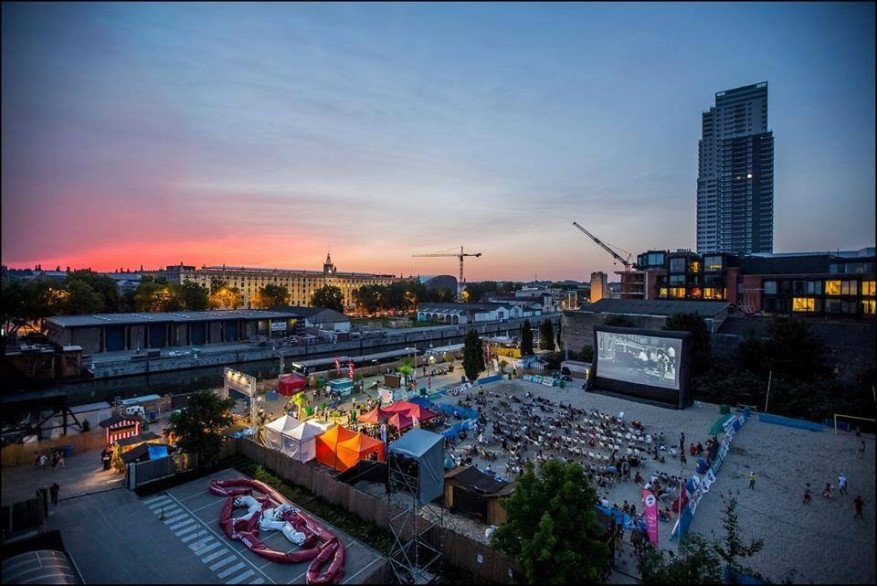 Cinéma Galeries was built in 1939, designed by the architect Paul Bonduelle, at the request of brothers Oswald and Robert Putzeys. In 1993, it was classified as a monument for its historical and artistic value. The style of the cinema sits between Art Deco and Modernism with subtle but distinguishing Mediterranean and Romanesque decoration. Located in the covered galleries in the centre of Brussels, Cinéma Galeries is one of the last heritage listed cinemas in Brussels. A single screen with 600 seats, it was twinned in 1973 by architect Danlee, and the development of a second screen, in the balcony, is still visible today. The entrance was restored in 2005-2006: the doors were identically remade, according to the original models. One thousand square metres in size, a new exhibition space, dedicated to moving images and a dialogue between different forms of art within cinema, was created.

We use our exhibition space to present the work of directors as artists, beyond the perception of just “moviemakers"

To this end, we are building exhibitions on national and international directors. Amos Gitai, Apichatpong Weerasethakul, Tsai Ming Liang, David Lynch and Alexandr Sokurov are among those presented in our exhibition space.

Focusing on artists whose works are still presented in festivals is important for the distributors, too. We try as often as possible to plan a full retrospective/masterclass/exhibition (and sometimes a performance) with the national release of the filmmaker’s latest production (Transit will be released together with our retrospective on Christian Petzold, for example).

Since 2012, Cinéma Galeries has built a strong audience for art house cinema, with a mixed line up of awarded movies from European film festivals (Cannes, Berlinale, Locarno etc), Belgian movies, and American independent films. The annual programme also gives a lot of attention to cities and filmmakers.

Our announced objective is to take the viewers on a cinematographic journey into a given city through the eyes of the filmmakers. Rio di Janeiro will be the focus for our 2018 edition, with a selection of repertory films and recent documentaries that express the political situation now facing Brazilians.

As we have only two screens in our cinema, we were looking for new places to screen the movies we like. So, for the screenings in the summer, we partnered with the City of Brussels and, since 2012, we have screened 15 movies outdoors, every summer, from Thursdays to Sundays at Bruxelles les Bains. The movies selected for the outdoor screenings are linked with our festival “L’heure d’été”, which boasts, in total, more than 30 movies, half outdoor and half indoor.

We also built strong partnerships with other cinemas in order to introduce our festival to their audiences, for the winter edition. Those partners include the cultural Centre of Fine Arts Bozar, the art house cinema Actors Studio and Atelier 210 (a cultural venue in an area with no cinemas). For Atelier 210, a venue with a strong musical identity, we adapted the movie screen to present our programme.

Since 2016, we have aimed to focus on cities in the Middle East for our winter film festival, “L’Heure d’hiver” (Winter Time). Discovering Middle Eastern cinema through the people living in those cities starts an intercultural dialogue. Tel Aviv was the first city in highlight, 2018 invited Tehran, and in 2019 it will be Cairo. We strongly believe that, beyond the media coverage of the political situations in these cities in the Middle East, we need to talk about the culture that’s produced there by artists. This amplifies the voices of the people living there and demonstrates how they are able to express themselves in such complicated contexts.

Last year was good for Cinema Galeries. A fresh team, dedicated to the cinema, worked on developing audiences. Through mediation workshops that attract vulnerable audiences and with improved communications, we were able to increase our accuracy and reach in targeting a moviegoing community. Slightly different communities are now meeting in our cinema and we have increased annual ticket sales by 14% against the general sector’s increase of 0.76%. In 2016, tickets sold in the general sector were decreasing by up to 8%, mainly owing to the attacks in Brussels (this reached 5% for our cinema).

We strongly believe that the only way to develop audiences for cinema is by re-creating access to cinemas where they have disappeared, especially in the rural areas

In the coming years, we hope to see more cinemas opening in Belgium. We strongly believe that the only way to develop audiences for cinema is by re-creating access to cinemas where they have disappeared. Across Europe, there are many examples that highlight the need for establishing cinemas in more rural areas. The movie selection of those cinemas must aim to bring more arthouse, European and national productions into the mix, for which we believe success is undeniable. 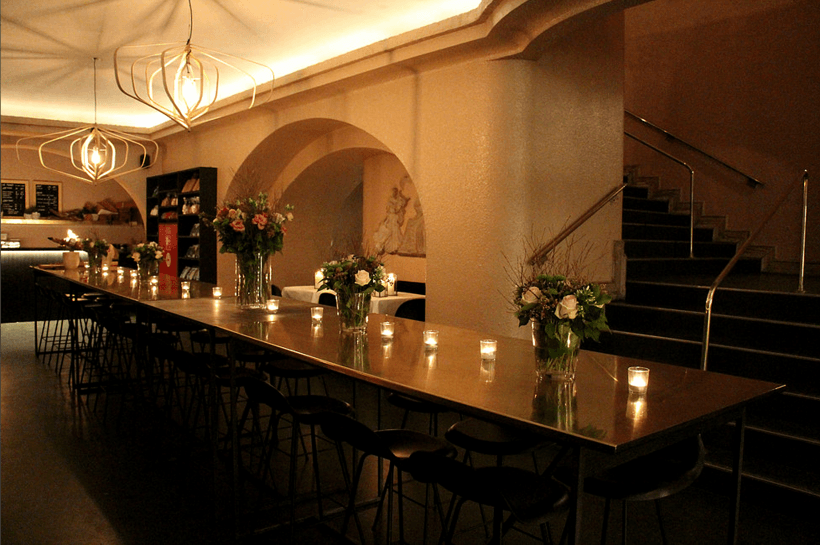