Entrepreneur of the Year 2018 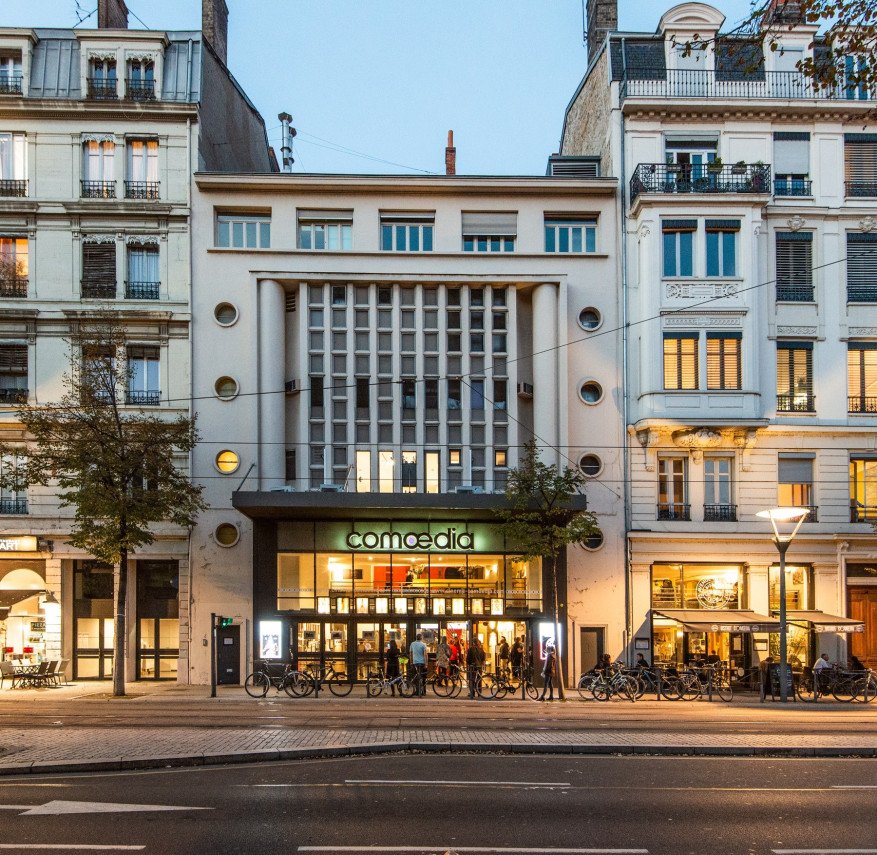 The Comoedia is one of the oldest cinema venues still operating in France. Established in 1914, it has lived through the 20th century and, within its history, the story of cinema unfolds: from the carnival performances of the early days to the 70mm great theatrical pictures of the 1960s and ‘70s, with BEN-HUR or WEST SIDE STORY, which remained onscreen for fortyweeks in a row, in one huge 700 seats auditorium. Not forgetting the tragic hours of history, when the Comoedia was among the buildings destroyed in Berthelot Avenue, in the 1944 bombings, its main building has been rebuilt, and standing in its existing form since1949.

Then, when television took off and became a fearsome competitor for cinema theatres, successive extensions - from one to three screens in 1974, and then from three to six screens in 1982 - enabled operators to maintain attendance and multiply the offer. Sold to the UGC group in 1993, the Comoedia was run by their company for ten years until the growth of multiplexes became such a seemingly unavoidable and crowded horizon for exhibition that it led to closure at the end of December 2003.

The 2003 closure seemed final until a new team, led by Marc Bonny, rose to the challenge.

Bonny bought the place and undertook a significant restructure of the venue including, for instance, the creation of a large hall with a bar area and a new layout to access the auditoria. On top of the six theatre rooms, all with improved sound and image, the venue also now hosts the office of distribution company Gebeka Films. The Comoedia opened its doors to the public once again in November 2006, with a clear arthouse intention. Following the shock provoked by its closure, its reopening revealed a deep attachment from audiences across Lyon for the city’s historical cinema. 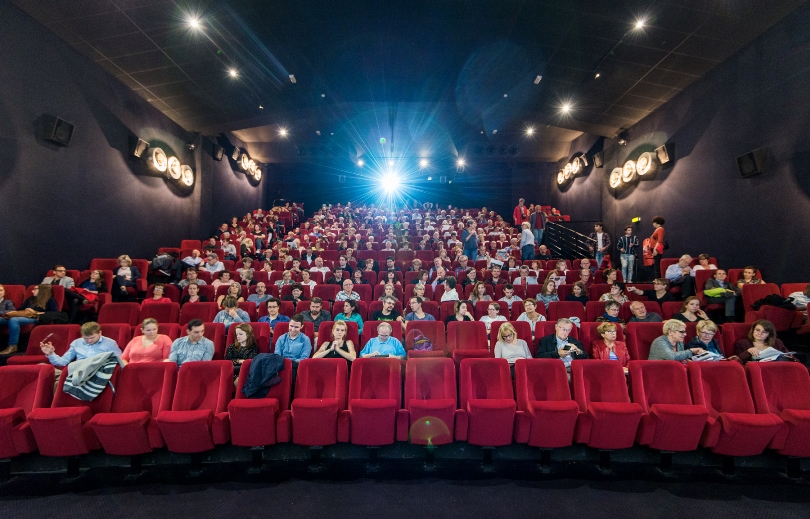 Six years after its reopening, the Comoedia entertains an audience of 300,000 people every year thanks to its programming, which highlights the best of new releases and combines celebrated auteur films with work from up and coming directors, including their first films. Many actors and directors come to meet the audience at premieres, debates and festivals, while our central ethosis a dedication to quality films for young audiences, at school time or beyond.

Before long, it was time to think about the future and sustainability of the venue. Cinema is a supply market and, at a time when major cinema chains own locations with ten to fifteen screens if not more, one cannot miss an opportunity to extend, a rarity nigh-on impossible in a city centre.

The extension took six years to complete and the three new screens opened to the public on October 18th 2017.

One year on and  the new scheme has produced results: attendance for our first year with nine screens was 375,000 admissions, which makes the Comoedia one of the best art house theatres in France, screen-wise and admission-wise.

Cinema exhibition in Lyon and in the rest of France has experienced strong concentration over the past thirty years. Nowadays, two main national chain exhibitors, UGC and Pathé, have the lion’s share of the market in the big cities. In Lyon, Pathé is in charge of three venues and thirty-eight screens, while UGC has four venues and forty-seven screens. In this landscape, and with the constant increase in real estate prices, it is not easy for an independent entrepreneur to access a quality locale and to secure films with favourable terms.

The initial project consisted of making the Comoedia a place for auteur cinema exhibition, with rigorous programming, screening films in their original languages, regularly organising premieres with cast and crew in attendance, hosting festivals, discussions and an ambitious and regular programme for young audiences. This editorial line, implemented as soon as the venue reopened in 2006 and, steadily maintained ever since, enabled us to build audience loyalty and to stand out from the other offers in the city.

Other elements that contribute to differentiating our venue include the absence of advertisements and no food or drink allowed in the auditoriums. We can add to that the diversification of communication tools over the years: our website, of course, but also a regular presence on social media (Facebook, Twitter and Instagram). 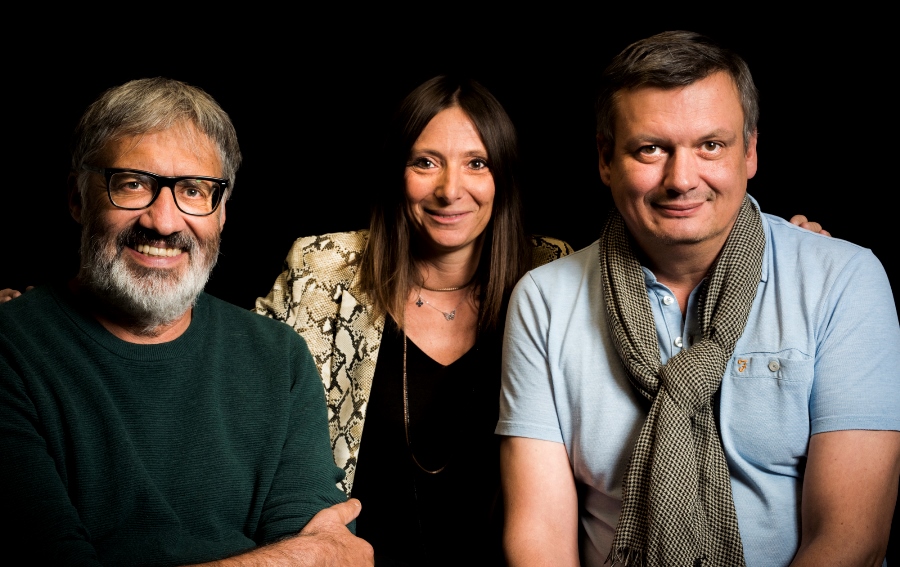 Two examples of events that take place in the cinema are Collective Hallucinations, a festival is organised by an association of B-Grade cinema lovers every year in early April that attracts high admissions from fanatics of subversive cinema rarely screened (fantastic, gore and cult), and our «secret film + brunch» sessions, organised on Sunday mornings once every two months. The screening of the secret film (a premiere that is programmed quite in advance of the film’s release date) is preceded by a presentation of films and events to come and followed by brunch in the bar.

Our current concerns are focused around two issues: what will the role of digital platforms be in the coming years and, how can we anticipate and respond to the impact of their inevitable growth on theatrical screenings? In a context where general attendances are declining and the market is getting tougher, how does one remain resilient in the face of aggression from national chain exhibitors and their trend of leaving only crumbs to independents? The best answer appears to be: to hold a clear and consistent editorial line and to always improve upon the quality of the welcome and warmth of the venue.