A booming cinema with a wide-ranging quality programming 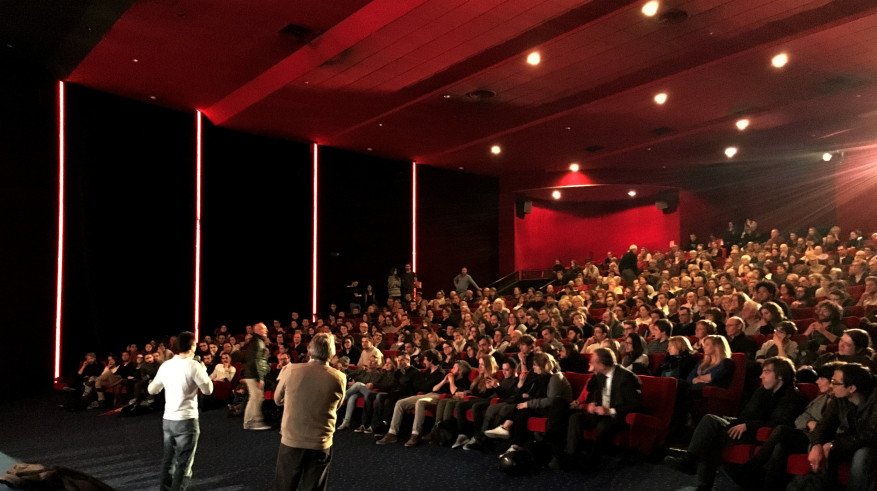 Omnia is an independent seven-screen arthouse cinema in the centre of Rouen in France. Managed by Nord Ouest Exploitation Cinémas under a public service delegation contract, the cinema is a member of the Association Française des Cinémas d’Art et d’Essai (AFCAE). Since opening on the 1st September 2010, Omnia has been offering a highly varied programme that champions auteur films, in line with the requirements set by the local authorities in Rouen. It almost shows 600 films every year.

Boasting three arthouse cinema labels (Heritage – Young Audience – Discovery and Research), Omnia’s editorial line showcases auteur films, screened exclusively in their original languages with French subtitles. The programme also includes film classics, young audience films, short films, documentaries and films in the discovery and research category. In addition to its remit to promote arthouse films, the cinema was opened to address the challenges of exhibiting niche films and those distributed on a very small scale that were not appearing at cinemas in Rouen. Today, Omnia’s wide-ranging, year-long programme shows that it has more than risen to this challenge.

With admissions of 242,000 in 2017, Omnia is the go-to cinema for cultural events in Rouen. All major events take place here: visits from personalities in the film industry (e.g. filmmakers, actors, technicians, critics); regional film festivals (e.g. A l’Est du Nouveau, This is England, Elles font leur cinéma, Ciné Friendly); film seasons in partnership with the University of Rouen and the local education authority (e.g. The Cinema and Literary Adaptation, German Cinema, or History and the Cinema); and previews of cinematic works produced by the Normandy regional authorities in partnership with Normandie Images. The programme also includes: evenings dedicated to short films as part of the Courtivore Festival or the Nuit en Or du Court events organised by the Académie des César; Directors’ Fortnight with the support of the GNCR Groupement National des Cinémas de Recherche); (the national Télérama Festival; films “in concert”, featuring well-known classic films; partnerships with local arts and performance venues (L’Opéra de Rouen and Le 106); and screenings with discussions based on current films or documentaries.

The cinema was opened to address the challenges of exhibiting niche films and those distributed on a very small scale [...] which involves a degree of risk-takings

To fulfil its educational brief, Omnia also organises an ongoing programme of events targeting young audiences. This includes taking part in Ministry of Education initiatives such as Ecole & Cinéma, Lycéens au Cinéma and Collège au Cinéma, and also organising specially scheduled screenings of recently released films and reruns on the request of educational establishments. In partnership with organisations such as the City of Rouen authorities, the Libraries Network and the Museum, there is also a programme of regular events such as cinema and storytelling sessions, introduction to the arts workshops, and ciné-goûters (screenings with an after-film snack).

It is worth mentioning that film events of this type encourage many school and college students to get involved with events such as the Festival du Film Judiciaire (legal-themed films), German Film Week and the English short film festival This is England. 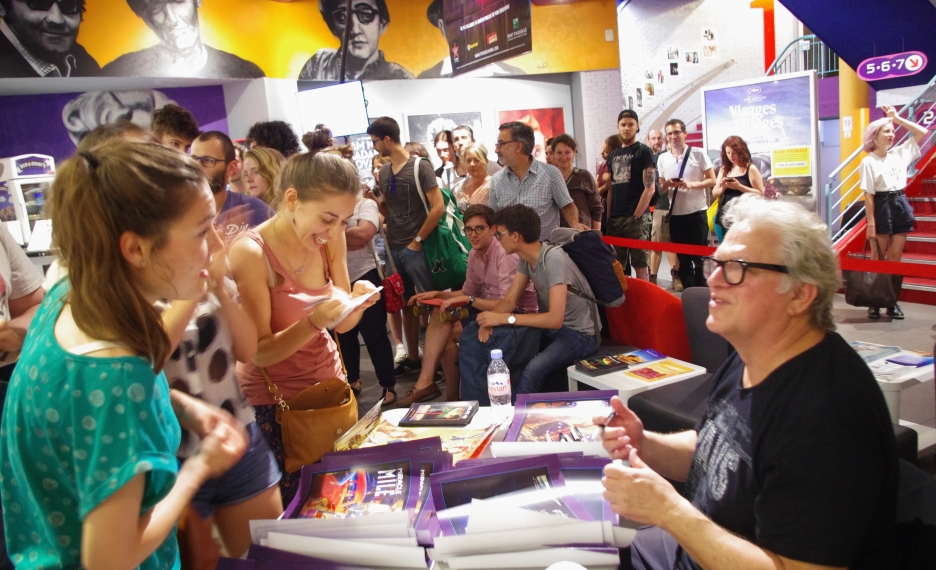 Omnia employs nine people and has 1350 seats. It does not receive any subsidies and runs on the takings of the films it shows. Its financial health can be attributed to having the option of offering audiences a palette of auteur films with broad audience appeal (e.g. DUNKIRG, LA LA LAND, CAFE SOCIETY, MOONLIGHT) alongside less profitable or more specialised auteur films from all over the world. For more than eight years, we have staunchly and enthusiastically followed this remit because we have a duty to offer a somewhat precarious programme which involves a degree of risk-taking.

We are very proud of our Europa Cinemas membership because it recognises our work championing European cinema. The recent box office successes of French films such as BPM by Robin Campillo,SEE YOU UP THERE by Albert Dupontel, and THE HOUSE IN THE SEA by Robert Guédiguian, and of international European films such as CHRUCHILL by Jonathan Teplitzky, THE YOUNG KARL MARX  by Raoul Peck, SUMMER 1993 by Carla Simón, SWEET DREAMS by Marco Bellocchio, THE OTHER SIDE OF HOPE by Aki Kaurismäki, LOVING VINCENT by Dorota Kobiela and Hugh Welchman and MAY GOD SAVE US by Rodrigo Sorogoyen, are proof that the European film industry is doing well.

We offer a very different programme compared to the schedules at our competitors’ cinemas with their focus on a more commercial offer. This difference is our unique selling point and the key to our success. We firmly believe that arthouse cinemas play an indispensable role in artistic creativity, distributing niche works, offering a springboard to young filmmakers, showcasing short film formats and passing on our filmmaking heritage. Since 2010, we have been proving that there is room for a large independent arthouse cinema in the urban area of Rouen.

Today the future of Omnia is linked to its ambitious renovation project (planned for 2019) for the compliance upgrade of the venue regarding the accessibility of people with reduced mobility. The city of Rouen, owner of the building, will take this chance to renovate also the auditoriums, the foyer and the facade, adding a café which will serve as a social meeting point for the spectators. These massive renovation works will bring a fresh start to a cinema which has already positioned itself as one of the most performing arthouse film theatres in France.