Projections and art: At the Tyneside Cinema in Newcastle

Visiting Tyneside and seeing how Adam and Tess engage with the artists as well as the audience, was, on many levels, illuminating. The kind of intimate and personal relationships they cultivate at Tyneside, and on the broader arthouse cinema scene in Newcastle has been a wonderful study case for us and an inspiration we will seek to put into practice in Warsaw in 2020. 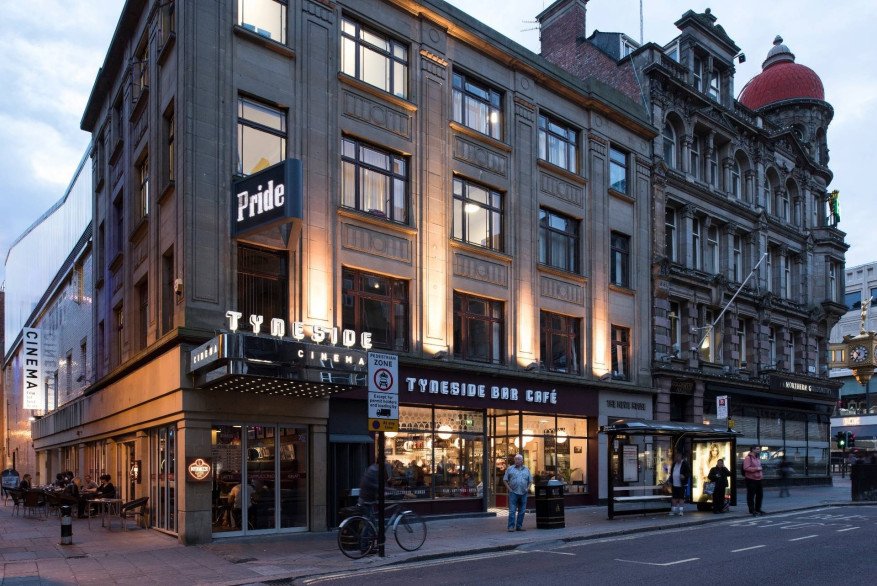 Tyneside Cinema is one of the finest art house theatres in Europe, with long history, great programming and a great relationship with its audience. Looking behind the scenes would provide valuable insights for every art house exhibitor. It certainly was for us, though our goal for this exchange was different. We came to Newcastle focusing on only one of Tyneside’s seasons and activities, the Projections programme. From regular screenings and live events, through new commissions to artist development opportunities, the programme works with artists to imagine the cinema of the future. Projections, run by a team of two – Adam Pugh and Tess Denman-Cleaver – is a small (but important) art programme and part of an established cinema, whereas our cinema at U-jazdowski Castle Centre for Contemporary Art is a relatively small (but equally important) film programme within an established art institution. Therefore, we deal with very similar issues - balancing between contemporary visual arts and cinema - but we have different perspectives and experiences. Sharing those viewpoints of art and cinema from different instructional angles was extremely valuable.

We scheduled our visit in Newcastle so that we could participate in two Projections screenings per visual artist. The first one was by the Turner Prize-nominee, artist James Richards, whose film Uncontrollable Universe was completed as part of the Projections Commission in 2019. He presented a programme of films by friends and peers that circles in and expands upon his own work. The screening included work on video and 16mm by Sharon Lockhart and Leslie Thornton, alongside Richards’ earlier work Not Blacking Out Just Turning the Lights Off.

That was an inspiring example of building a relationship with an artist and the audience as well as of broad thinking about programme coherence, which is a notable challenge while working with various artists and open calls for projects. Inviting visual artists to curate a film programme almost always gives extremely interesting results. The Projections programming is an especially worthwhile example of good curatorial practice. Curating a film program or season is not only about putting the right film in the right order, context and time, but first and foremost, it’s about working with people.

Our hosts introduced us to their network: the Side Cinema with its adjacent Amber Gallery, as well as the Star and Shadows cinema, which gave us a chance to map the Newcastle film community and see how it cooperates. What we found especially interesting, was their approach that goes against the big data-big numbers trend we observe internationally and at home. From our perspective, this is an innovative way of attracting new cinema and art lovers, as well as building an active and committed community around those venues. 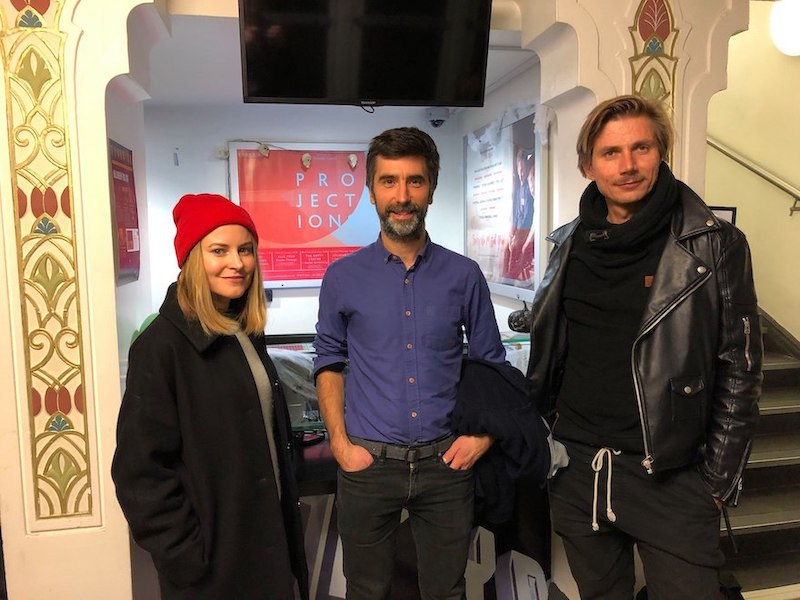 The second Projections event we attended was the Alia Syed programme, which was another example of an artist as a curator. However, in this case the artist chose to programme a set of her own films. Alia Syed is one of the most singular and expressive artists working to unravel, via the moving image, the experience of the diaspora. Having started making films at the London Filmmakers’ Cooperative in the 1980s, her work departed from the structuralist concerns of many of her peers to think instead about identity, representation and the legacies of colonialism. Informed by her mixed-race upbringing in Glasgow, by turns political and playful, her films trace the lines that connect and frame that divide - underpinned always by a deep interest in the possibilities and effects of language. Her films were presented in partnership with BALTIC Centre for Contemporary Art, to accompany the exhibition John Akomfrah: Ballasts of Memory.

At U-jazdowski in Warsaw, we often cooperate with other curators and contemporary art exhibitions, but we usually work within the framework of our own institution. Considering that our team is currently preparing for a large exhibition that seeks to bridge the gap between the cinema and the gallery space, it was very interesting for us to see how such cooperation could work inter-institutionally and how it creates and bonds local art and film community. It’s worth mentioning that we had a chance to visit the BALTIC Centre for Contemporary Art, see the John Akomfrah show and met its curator with whom we had a productive discussion on the topics that we each explore in our respective gallery spaces.

The second goal of our visit was to establish a long-term relationship and to initiate a project we would like to develop together. By combining our shared experiences in the fields of visual arts and cinema, we are now developing a programme, which would connect art and cinema in art house theatres across Europe under the working title Projections.eu. During our stay in Newcastle, we finalised what we had begun during our partners’ visit in Warsaw in early October, and the first results of this exchange of ideas were presented by Adam during the Open Slots session at the Europa Cinemas Network conference in Lisbon in November 2019.

Now, we are looking forward to extending this first phase of our collaboration and begin to put the project’s ideas into practice. Adam’s presentation at the conference has garnered some interest from other arthouse cinemas in Europe while we have worked on expanding the project domestically. This is an exciting new path we’ll be exploring in 2020, and none of this would have happened without the support of the Next/Change programme.