At the Filmhouse, Edinburgh

At 46, I thought wrongly that the time of exploration and exchanges with European neighbours was now behind me. Let’s blame it on an overconfidence which results, as years pass by, in slowly withdrawing into one’s comfort zone and only doing what we are used to without considering other people’s practices and what we can learn from them. Still, I was not such a hopeless case when I received an email from Europa Cinemas presenting its Next/Change programme which helped put me on the right track again and send me on the road of Europe to meet fellow exhibitors. 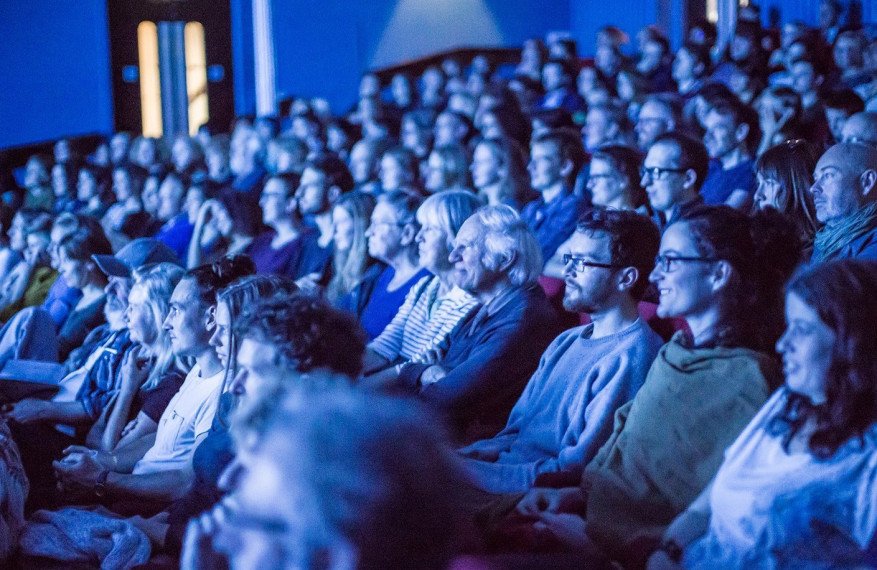 My three reasons for immediately choosing the renowned art house cinema FilmHouse which has been standing with pride on Lothian Road in Edinburgh for more than 40 years, are simple:

We first need to go back 10 years when I was participating in a seminar in Venice for exhibitors from all over Europe. The Scottish participant presented in such a brilliant and stimulating way Filmhouse, his working place, that I decided straight away to steal all the ideas I heard to adapt them to my cinema as soon as I would return to France: programmes, cycles, activities, their talent to come up with new ways to screen old films that I envied a lot. I have thus secretly been inspired by FilmHouse long before I actually went there in January in the framework of Next/Change.

The second reason is even simpler: we have been organising the British Cinema Week "God Save The Screen!" for more than 14 years at the Gallia Cinema. It is a highlight of our season which is always very successful, and please our French cinephile audience as well as the many British expats who live in the region (Nouvelle-Aquitaine). Visiting Filmhouse was for me a good opportunity to bound with a cinema with a strong appetite for European culture which organises full weeks devoted to foreign nationalities. The goal was to offer FilmHouse a Carte Blanche to programme two films for our next edition of God Save the screen!

The third and last reason is that I wanted to see how the venue actually worked and managed its various activities. I wanted to know how the programming team found its ideas, to meet the team of the prestigious Edinburgh International Film Festival who share the premises, to chat with the persons in charge of the essential actions towards young audiences. In short, my plan was to watch, listen and keep quiet just like in a cinema hall somehow.

I must say that these few intense days at the Filmhouse far exceeded my expectations and that I learnt much more than I could imagine.

Rod White who is the programmer in chief at Filmhouse, immediately made me feel like a colleague and took the time for a long discussion on the theatre history and on how the values and principles which define his choices as a programmer are confronted to real life challenges. He then introduced me to his team of programmers, most of them young and from various countries (Greece, The Netherlands, France...) Attending one of their programming meetings was very informative as I was able to observe Rod’s capacity to listen and rely on everyone’s skills and expertise in their respective areas. They elaborate the animations together and in partnership with other cultural institutions in Edinburgh : universities, museums (a film retrospective on robots went along an exhibition at the National Museum of Scotland), International Institutes (a retrospective of Finnish film masterpieces was held when I was there), cultural and militant associations (LGBT ones for instance), magazines (the editing committee of The Skinny, the famous Scottish cultural paper, were invited to present a selection of its favourite films in the framework of the House Guest section) or even any regular spectators who can select the films they want to see under the supervision of the programmers at a specified slot.

This British talent in delegating and making the most of teammates’ enthusiasm and skills is fascinating for a French person like me who is used to an operating mode which is more centralised.

This really dynamic cinema is also characterised by its great responsiveness to current affairs and social and cultural news which enables it to tackle these issues with depth (as exemplified by the films in the SCREENING EUROPE Brexit Edition in partnership with the Literature Department of Edinburgh University.)

I was also lucky enough to visit the projection booths of the 3 halls. It was a fascinating experience for me as FilmHouse has decided to keep all the original material in working conditions. 16, 35 and even 70 mm (at the release of Tarantino’s The Hateful 8 and P.T. Anderson’s Inherent Vice exceptional screenings were offered to the Edinburghers in this format) projectors go together with state-of-the-art digital ones. The projectionists are all used to work at the highly demanding technical level of the Edinburgh International Film Festival and are all great professionals.

I was also able to chat a while with Yvonne Gordon and Chloé Berger, her French assistant. They are in charge of the Young Audiences and Education sector which received international recognition notably through its Europa Cinemas Best Young Audience Activities award.

I finally attended several screenings among which Yorgos Lanthimos’ THE FAVOURITE which was released on the week of my visit. It was in the magnificent biggest hall of FilmHouse. There indeed had to be a French spectator to watch such a topic as seen by a Greek filmmaker! I also saw the brilliant documentary ISLAND OF THE HUNGRY GHOSTS which was followed by the enthralling Q&A with Australian filmmaker Gabrielle Brady and moderated by Tamara Van Strijhem, a Belgian woman who has been living in Scotland for years as executive director for the Take One Action Festival!

In short, there was constantly a lot to discover and these few days were not enough to encompass this wonderful hive called FilmHouse.

The real experience of this place with a historical façade harboring a cosy and warm bar, and extremely appreciated of the Edinburghers was even more beautiful and interesting that I pictured it 10 years ago. 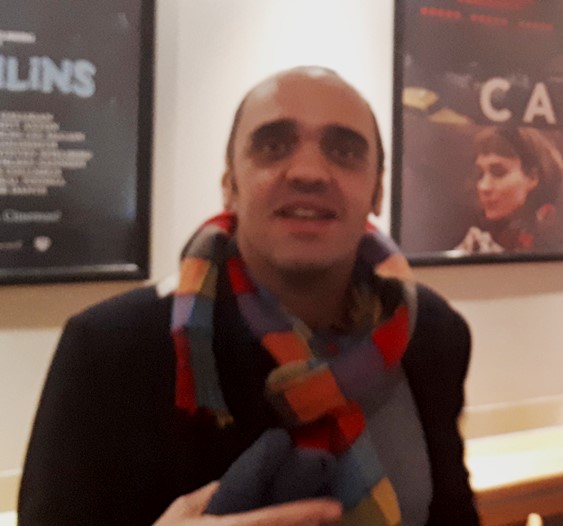