At PostModernissimo cinema in Perugia

Now I can see that as a cinema theatre we can solicit the local artists, graphic designers and journalist to collaborate with us and work on being more visible and more active within the cultural life of our city.

I was happy to take part in the Europa Cinemas’ exchange program Next/Change for the second time. This year, I chose the cinema PostModernissimo for my exchange in Perugia, Italy for several reasons: the cinema has a strong visual identity, a good communication and a very engaged community.

We discussed all these topics during our meetings. We shared our knowledge and experiences as our backgrounds are quite similar. I work for Bio Central in Hradec Králové, the only arthouse cinema in my hometown. In our programme, we try to find a good balance between good mainstream and European alternative films. Our programming strategies are a bit different, but I will explain this later. PostModernissimo is the only arthouse cinema in Perugia as well. The cinema reopened in 2014 (after 15 years of closure) thanks to a crowdfunding campaign. The actual exhibition company who works as a cooperative benefited of the support of hundreds of citizens (who could either donate or actively participate to the reopening) managing in this way to build a strong community around the cinema.

In my cinema, we organise diverse activities such as concerts, exhibitions, lectures, etc. We actively work with children especially via animation workshops, we offer special screenings for elderly people and for parents with babies. Recently we launched a new cycle called Calm cinema, aimed at young audience suffering of autism or ADHD. Our cinema is well-known as a friendly, family and popcorn free spot. But still I was curious about how to develop a stronger community, to attract new people – in a word about how to build a brand for my company/cinema.

A friendly and cosy cinema

I arrived to Perugia on Sunday in the late afternoon and went directly to PostModernissimo where I met Giacomo, one of the owners. After a tour of the cinema (its screening rooms, the bar and foyer) Giacomo briefly explained to me how everything works and introduced me to his colleagues. My first impression was that it was friendly and cosy, so it must be the same for the audience. It made me realise that it’s not the same in my cinema and I would really like to make the space cosier and intimate in order to create this kind of feeling.

Giacomo explained to me how the team is organised at PostModernissmo. There are four founders but all of them work also at the bar, cash desk and as screening technicians in order to be closer to the visitors and have the opportunity to speak with them. For my team, it is also important to speak with the audience and show them who is behind the scenes. I and my colleagues try to be present at all our events. People can ask us about our plans and give us recommendations for new films or other events.

At PostModernissimo they built up their community thanks to a comprehensive programming. The programmers are very selective and only show films they like and the audience trust them. It’s quite different in my hometown. We also try to show what for us are worthy recent or older films but people mostly want to see mainstream films. So we adapt our programming to the audience rather than the audience to our programming.

Giacomo and his team cooperate with the university and allow students to create their own programming and events. Students screening take place every Saturday with a film chosen by the students themselves. As far as we are concerned, we organise an Academic Film Club once a month and we choose the film and the program together with the students. I really appreciate that they let the students build up their own programming. It’s attractive for them and their classmates to be part of the project. But unfortunately our university does not include an art department and therefore our students are less experienced in the area of foreign films and that’s a big difference.

We talked a lot about visual identity which played a key role in their crowdfunding campaign. They work with an external graphic studio which joined the PostModernissimo project. The idea was to involve different artists at a national level. They display a beautiful design and merchandising products (t-shirts and shopping bags) and interesting posters for all their events, not only for the regular programme. 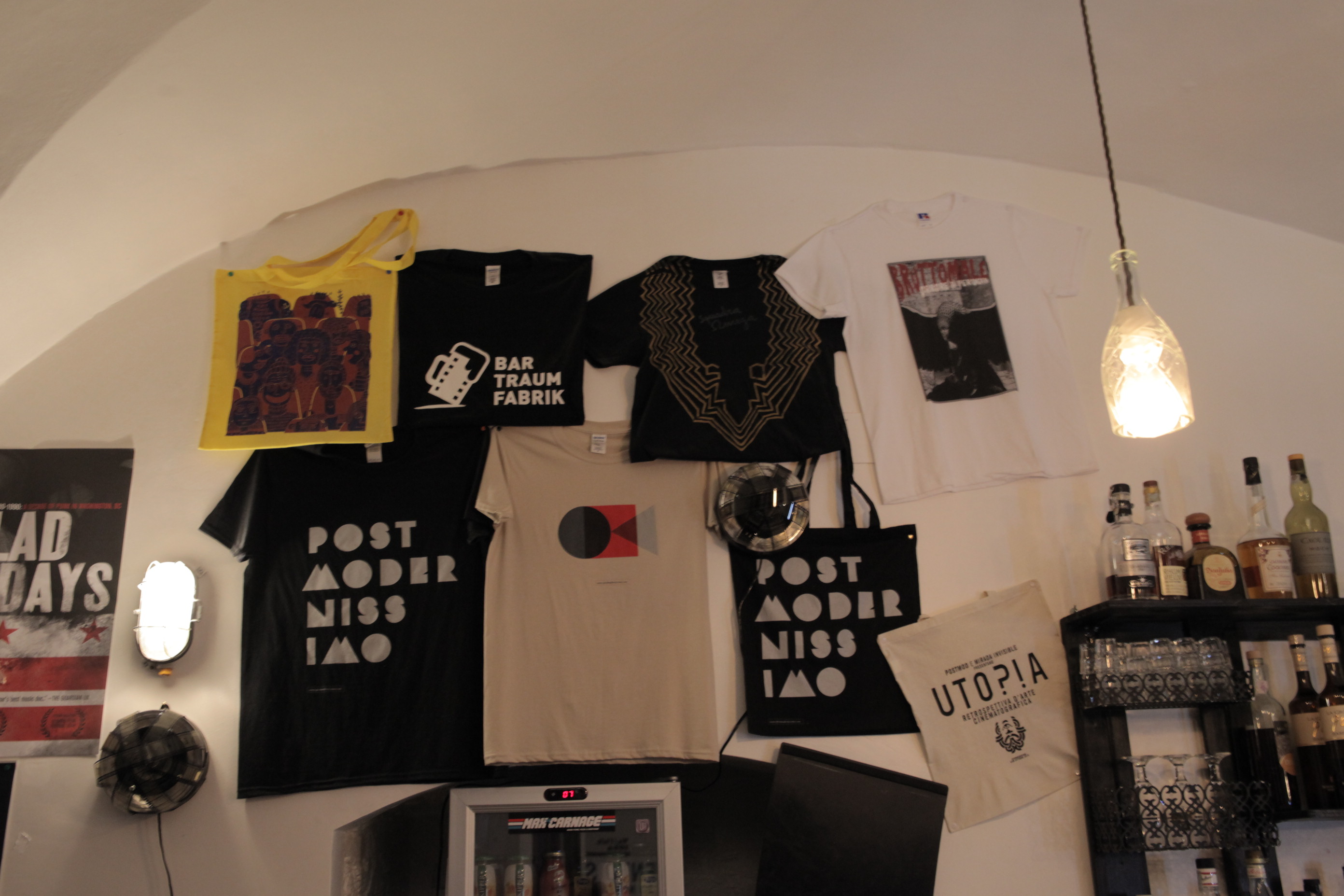 In addition to our meetings and discussions about the everyday tasks of the cinema and the differences between the cultural policies in Italy and Czech Republic, I was also able to attend some special events. On Monday evening, they received the special visit of the famous Italian actor and director Valerio Mastandrea who introduced his latest movie Ride. They had a double screening and both rooms were sold out. There was a really nice atmosphere and I met a lot of interesting people from the local culture area and we talk about the role of this cinema theatre in the cultural life in the region.

All the meetings, new experiences and networking were really useful and helped me to have a new perspective on my work. Now I can see that we as a cinema theatre can be closer to our audience and let people know who is behind the institution for instance. We can solicit the local artists, graphic designers and journalist to collaborate with us and work on being more visible and more active within the cultural life of our city.