The team spirit and individual responsibilities at Le Méliès felt very strong and enable much work force, engagement and a strong, no-nonsense identity that I think is – together with interesting content - key to successfully operating this large cinema with limited resources. 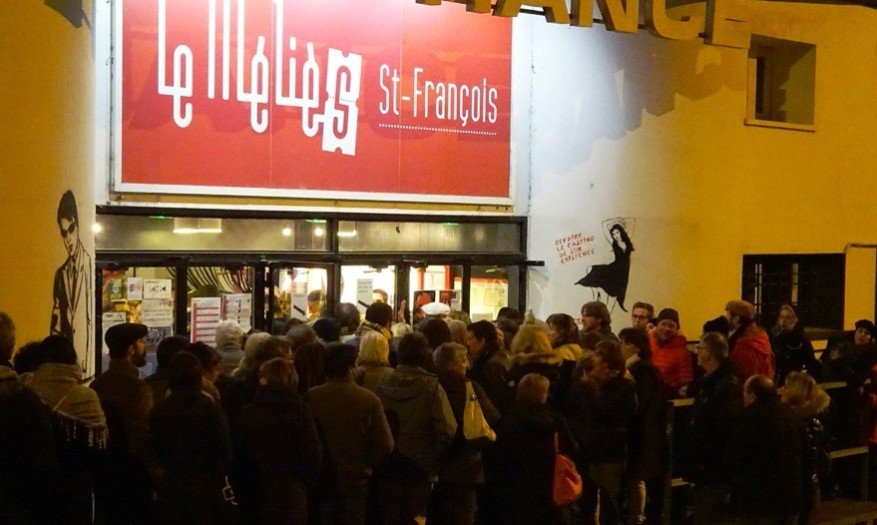 Early 2017 I started working for Slieker Film and as Head of Film & Programme my main responsibility is creating a weekly programme with première films and second run titles. Strongly convinced that an independent arthouse cinema could – and arguably should - be more than the sum of selecting 1 or 2 out of the average eight weekly titles on offer in The Netherlands, my aim is to ‘upgrade’ or diversify Slieker’s programme with as much special/highlighted/focused programming as possible. To be honest, this is a big challenge for me as Slieker Film doesn’t have many resources that enable a way of programming that requires more attention than average in terms of promotion, intern/extern communication, budget control and technical challenges. I am therefore happy that in the first year of my employment I managed to create a couple of events and première nights that stood out from the regular programme. This is how Slieker Film can and must discern itself in the cinema landscape / cultural field in Leeuwarden, especially with the rise of two new commercially cinemas on the horizon.

Within the NEXT/CHANGE programme, I wanted to visit a cinema that was clearly able to discern itself from other cinemas with special programming next to a strong weekly première programme. Although disparate in size (both in screens/seats and in organisation), Le Méliès is operating in a city and cultural landscape that is similar to Slieker Film in Leeuwarden. Saint-Étienne is a former industrial (mining) city with around 150,000 inhabitants and – as is the case with Slieker Film – in addition to Le Méliès, two commercial cinemas from the same owner are operating in the (wider) city centre area. The Méliès team consists of 9 people working fulltime every week. Together they run 2 cinemas, Le Méliès Jean Jaurès and Le Méliès St-François, with a total of 6 screens and an average amount of 210 screenings per week. During my visit I was mainly accompanied by Sylvain Chevreton, fluent in English and who has been working for Le Méliès since 2007. The main objectives for me were to find out how Le Méliès is organised and able to survive in an environment with a strong competition when financial resources are limited and to learn about new programme specials and how these can attract new (and younger) audiences.

A factor that is hard to overlook is the monthly instead of weekly programming at Le Méliès. During my visit I talked a lot with Sylvain Pichon, Head of Film & Programme, about programming for Le Méliès and he was very clear in justifying this choice. It gives Le Méliès great chances in promoting the programme before a new month begins. Very important herein is the monthly paper ‘The Gazette’ that is produced to promote the programme. The lesser flexibility to extend/prolong a successful title is taken for granted, although Sylvain can still take a title that attracts large number of visitors from one month to the next if needed. It is more the opposite that contains a risk: a title that was scheduled for 3 weeks in a row but attracts significant less visitors than expected, can’t be taken out of the programme.
As a premiere cinema, Slieker Film is working on a weekly basis with prolongations of titles based on the number of visitors the week before. After visiting Le Méliès, programming a whole month in advance is on top of my mind. It is a transition that Slieker Film should seriously think about, because our resources for promotion are almost none. The goal is that, after releasing a new monthly programme, Slieker Film can find more time to promote the programme as a whole, but also bring films under the attention of specific target audiences, exactly the way Le Méliès is operating.

I’d like to highlight one key factor in the promotion of the Méliès programme and that is the monthly Gazette. A paper edition is printed no less than 23,000 times and widely spread in St.-Étienne and surroundings. As a ‘sucker for print’ I really like this programme paper and the Méliès team deserves credits for creating intelligent promotional space that finances the printing of the Gazette and not seldom making a little profit out of it. 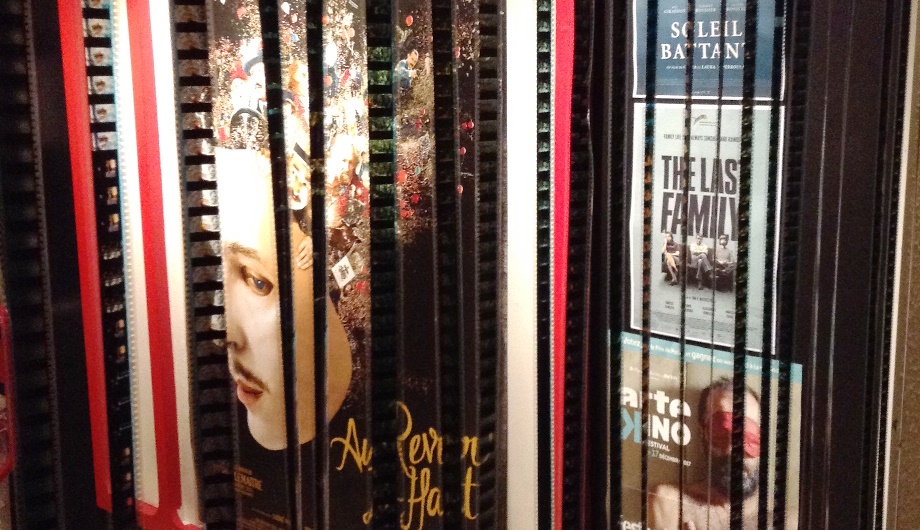 During the week that I visited Le Méliès, several special events took place. Two film+debate nights were scheduled on Monday and Tuesday, of which the sold-out screening of L’intelligence des arbres (350 visitors) stood out because another 250(!) visitors had to be disappointed at the box office. It is a good example of a screening that was scheduled long before and for which Le Méliès successfully cooperated with local partners to promote the film. The next day a second screening had been scheduled for January 2018, for which tickets were running fast as well.
On Wednesday the Palestine director of Derrière les fronts was invited by Le Méliès to join the screening for a debate afterwards. I didn’t join this screening, because I was taken by Le Méliès employee Nicholas to Gran Lux, an outstanding venue in Saint-Étienne that celebrates ‘photochemical projection in all its myriad forms’. A huge lab, several 16mm and 35mm projectors and an intimate screening hall were just a couple of the eye catchers in this inspiring cinema full of the smell of film emulsion.
Because Thursday was reserved for the long weekly meeting (in French) of the Méliès team I took the opportunity to visit the Mine Museum, to get a sense of the Saint-Étienne working class history and one of the most important factors in the city’s identity. The last day of my visit I was able to attend a Skype me if you can screening, a project that was invented by Sylvain Chevreton 6 years ago that enables Le Méliès to get the public in contact with film directors all over the world. This time, Polish director Jan P. Matuszynski was ‘present’ to talk about his film The Last Family and a lively 45-minute skype q&a with the visitors formed the closure of a more than inspiring week for me.

Looking back on my visit at Le Méliès, I am convinced that the power of this outstanding cinema is for a big part in the horizontal or non-hierarchical organisational structure: every person is as much important as the other and everybody is all-round deployable: from box-office to promotion department to DCP screening/technique and all other ‘hands on’ jobs that come with running a cinema. Sylvain Pichon could be entitled as the key figure who is holding the team together and has the most experience and overview – both on the Le Méliès programme and the organisation. The team spirit and individual responsibilities at Le Méliès felt very strong and enables much work force, engagement and a strong, no-nonsense identity that I think is – together with interesting content - key to successfully operating this large cinema with limited resources. I feel very lucky experiencing this positive team spirit and I think to create such an atmosphere is for many cinemas worth striving for.
This structure and work ethic is combined with a programme that is very rich and diverse. In addition to the above mentioned examples of programme specials, Le Méliès is also giving way to children’s movies and a ‘Back to the future’ Classics programme. The richness of the Méliès programme is for me an example of outstanding programming and although we can’t implement all that Le Méliès has developed, for Slieker Film I will at least try to create more debate and partnerships with organisations in our city and province. These are easy to organise and don’t come with much extra costs. This goes for the ‘Skype me if you can’ special as well. Hearing that in the past years Sylvain Chevreton was able to arrange a Skype q&a with directors like Jeff Nichols or John Carpenter and attracted large young audiences with this is stimulating and I will try to set up these kind of interviews for our audience as well. And who knows, maybe this will be implemented in a monthly instead of weekly programme, because as stated above, I see some advantages for Slieker Film there as well.