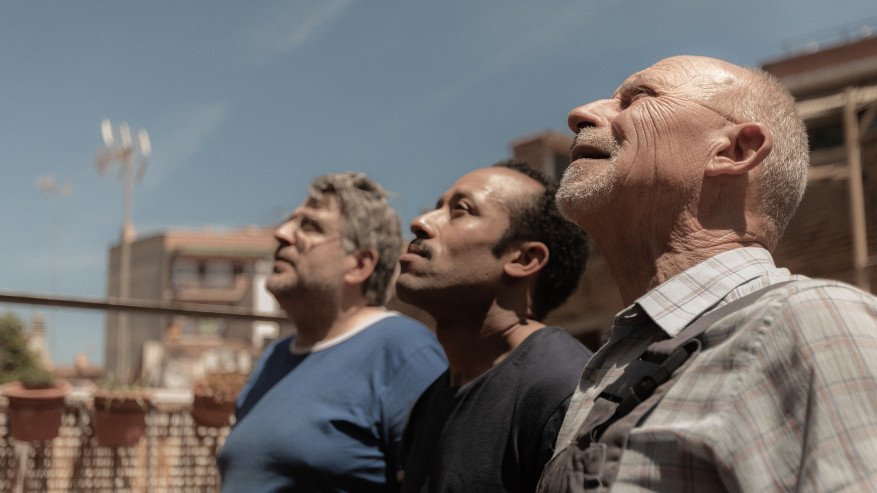 THE ODD-JOB MEN (SIS DIES CORRENTS) will now receive the support of the Europa Cinemas Network, with additional promotion and incentives for exhibitors to extend the film’s run on screen.

The jury issued the following statement: “The Odd-Job Men made by a promising Catalan director Neus Ballús portrays small but big stories in a gentle, lighthearted and humorous way. The film brilliantly points to the absurd in our everyday lives, its themes are authentic yet universal. The director plays with documentary and fiction forms effectively, which makes us see the characters as real people. The film is charming, fun, and entertaining, however the bittersweet humour adds deeper layers to it. The Odd-Job Men is able to surprise us from the beginning till the end. This timely, relatable and down-to-earth comedy deserves to be shown to a wider audience.”

The cast includes Mohamed Mellali, Valero Escolar and Pep Sarrà. The script is by Neus Ballús and Margarita Melgar. Image by Anna Molins, editing by Neus Ballús and Ariadna Ribas, sound by Amanda Villavieja and Elena Coderch and music by René-Marc Bini.

Synopsis: To get through his one-week probationary contract, a young Moroccan plumber must deal with equally eccentric colleagues and customers. Valero, his superior, doubts Moha has what it takes, or that customers will accept a Moroccan worker. Maybe six days is not enough time for someone to overcome their prejudices. But it might be enough to discover that we must live together.

Neus Ballús is a film and documentary director based in Barcelona. Her first film The Plague (2013) was screened at Forum Section of the 63rd Berlinale and was nominated for the European Film Awards and the LUX Prize. Her second film, Staff Only (2019), premiered in Berlinale Panorama. Ballús’ work has grown out of the fertile soils of genre hybrids, dealing with some of the most relevant contemporary issues, such as racism, post-Colonialism and social inequalities. THE ODD-JOB MEN (SIS DIES CORRENTS) is her third feature film.