September 11 2020: Serbia’s Ivan Ikić’s OAZA/OASIS has won the Europa Cinemas Label as Best European Film in the Giornate degli Autori section of the Venice Film Festival, it was announced today by a jury of four Europa Cinemas Network exhibitors. 2020 marks the seventeenth time the Label has been awarded in Venice.

In receiving the Label, OAZA/OASIS will benefit from promotional support from Europa Cinemas and better exhibition thanks to a financial incentive for network cinemas to include it in their programming schedule.

The jury issued the following statement: “This is a beautifully made and poetic film, the stand out film in the Giornate this year, and our unanimous choice as winner of the Europa Cinemas Label here in Venice. Ivan Ikić’s OAZA/OASIS is tender and deeply moving but also a raw and brutal look at the lives and loves of a group of young people with disabilities in a state run home in Serbia.  The director treats his amateur actors with delicacy and total respect. They reward him with remarkably strong naturalistic performances. The screenplay is perfectly structured and the cinematography provides beautiful, memorable images.  This is a film that needs to be seen on the big screen. Perhaps the best endorsement from us is that we are all looking forward to seeing the film again as soon as possible.”

Ivan Ikić both directed and wrote the screenplay.

Synopsis: Upon her arrival at an institution for people with mental disabilities, Maria becomes fast friends with the equally fiery Dragana. When it becomes clear that they are both in love with the more withdrawn Robert, their relationship is upset and gradually grows into a dangerous game of hide-and-seek to win him over. Being condemned to a lifetime of hiding away from society, the three teenagers' profound longing for independence and human connection takes hold. Driven by the newfound feelings of desire and envy, their impulsive actions topple the delicate balance preserved by the institution's stifling rules and spill over into confrontation and desperate measures for any way out. 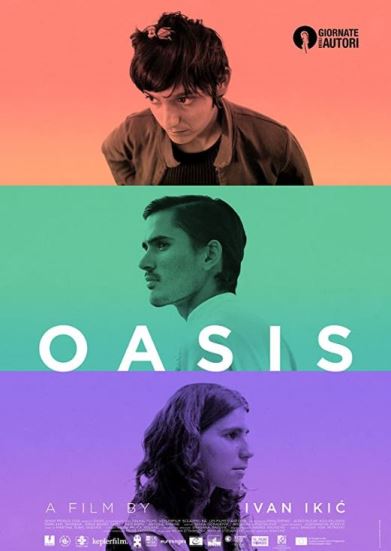 The Europa Cinemas Label has also been awarded this year at the Berlinale/Panorama, where the winner was HÅP/HOPE by Maria Sødahl (Norway / Sweden / Denmark).  Due to the present situation, the EC Label could unfortunately not be awarded in Cannes, Karlovy Vary and Locarno this year.