This year about 80 Europa Cinemas members across Europe will be taking part in the European Cinema Night from 6th to 10th December. 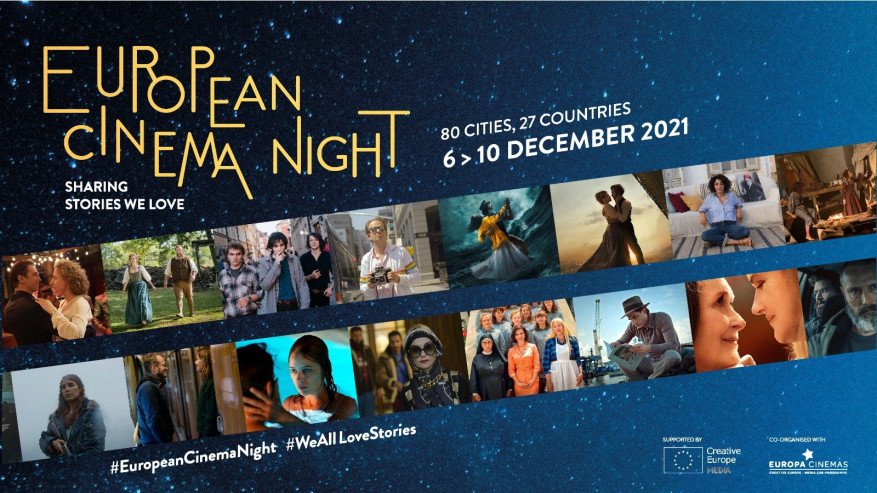 Creative Europe MEDIA, in collaboration with Europa Cinemas, is organizing the fourth edition of a unique outreach event with the objective of bringing Europe closer to citizens, while celebrating together the richness and diversity of the European audiovisual landscape.

In 2018 and 2019, European Cinema Night events took place respectively in 34 and 54 Europa Cinemas member theatres in all countries of the European Union. MEDIA-supported films from over 30 different nationalities were successfully presented to audiences all over Europe. In 2020 the event took place in 64 cinemas all across Europe, with physical and online events, during which 43 European films were shown.

Over 40 different films will be screened during this edition. Each cinema participating in the European Cinema Night will screen a European non-national film of their choice and say a few words about the European Commission’s support for the film and/or the distributor. In addition to this, each cinema will invite a speaker to create a debate around the film, and some cinemas will offer a cocktail after the film.

The list of cinemas participating in the 2021 European Cinema Night will be soon available. Check out the ongoing programme: https://digital-strategy.ec.europa.eu/en/news/european-cinema-night-2021-five-days-free-screenings-connecting-citizens-across-europe