The Splendid Palace in Riga (Best Programming) and the Cineville project in the Netherlands (Entrepreneur of the Year) are the winners of the Europa Cinemas Awards 2021. Exceptionally, the Award for Best Young Audience Activities is not awarded, due to the situation. Congratulations to the winners. 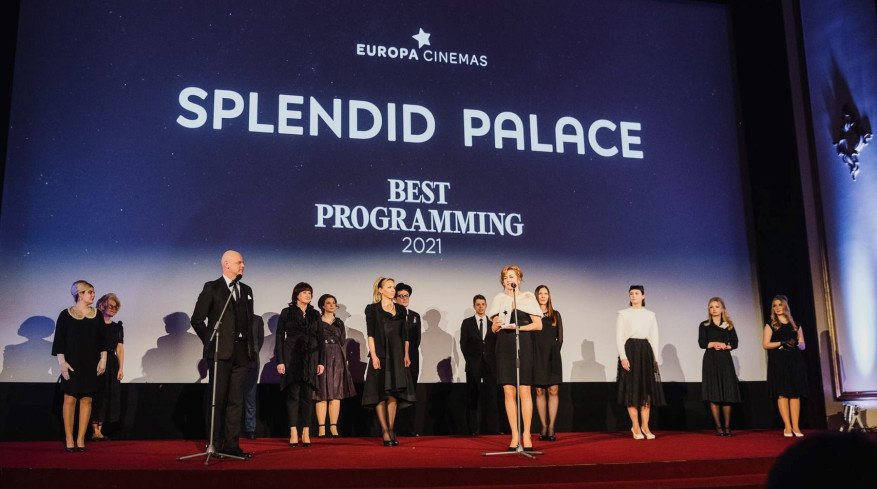 “Since 1923, Splendid Palace cinema has been one of the most magnificent and long-standing European cinemas bringing joy to film lovers through high quality film. The cinema building was the first in Riga to be made specifically for the requirements of a film theatre with an impressive Neo-Baroque style facade, while the interior dazzles visitors with its diverse Neo-Rococo style. Nowadays, cinema combines an historical aura with modern solutions, with a 35 mm cinema projector co-existing with the latest technologies, giving visitors the opportunity to enjoy quality and an historically rich cinema experience at the same time.

Our mission is to show people high quality European and world cinema, to educate and create a new generation of cinema-goers through artistically valuable films, as well as to promote the availability and visibility of Latvian national cinema on both local and international levels. The team at Splendid Palace has been working purposefully for years to curate the cinematic taste of its audience and the belief that the most luxurious and oldest Latvian cinema shows the highest quality programme.

The programming strategy at Splendid Palace cinema is based on three basic principles: a high-quality cinema offer, a place with splendid atmosphere and welcoming service, and an educated and precisely defined audience. The interaction of these elements and innovative solutions shape and promote the performance of the cinema. The cinema's programme consists of high-quality art films, arthouse films from Europe and other regions of the world, as well as pieces that have gained recognition in film festivals globally.

The regular cinema repertoire includes Documentary Cinema Mondays, Children's Mornings, Senior Screenings, and special cinema events. Historically, we have preserved and continue to develop screenings with the participation of a film's creative team. Entertaining, informative or educational film events, including discussions with filmmakers and Q&As following film screenings, provide an opportunity to deliver a high-quality film offer. The cycle of film lectures “What you have to know”, in cooperation with the Riga Film Museum, is very popular among our audiences. Screenings of restored cinema classics, which are traditionally restricted to two to four times a year, have become a novelty.

A wide range of films

The cinema programme is complemented by live screenings of operas and recordings from world renowned opera houses. The cinema has become a host for various film festivals, and continues to amaze viewers with new and creative film projects.

We worked very hard on each film as an event, creating several special screenings with the aim of filling relatively large auditoriums (566 seats and 206 seats). In our cinema, any given film has a short time in rotation due to the large number of seats in the auditorium, which are difficult to fill without a special event. Consequently, the cinema's programme consists of a wide range of films.

The wide-ranging offer and screenings unite disparate generations and, consequently, disparate film audience demographics. For example, this year's 20th anniversary screening of AMELIE was attended by audiences who wanted to return to their youth, as well as today’s youth who enjoy cinema classics as a sort of dessert with a retro touch. Every year in December, the cinema's anniversary is celebrated, offering visitors an exclusive holiday programme. There are always sold out screenings, and we are very proud of that.

Our main challenge is to attract more targeted audiences, so we created an international film festival. It is an original project titled “Student Film Festival”, the task of which is to create synergies between the universities focusing on audio-visual culture in the Baltic Sea region, evaluating and presenting the diploma works of the art universities at Splendid Palace. By organising the festival, we want to discover new talents and make their first film debut on the big screen. 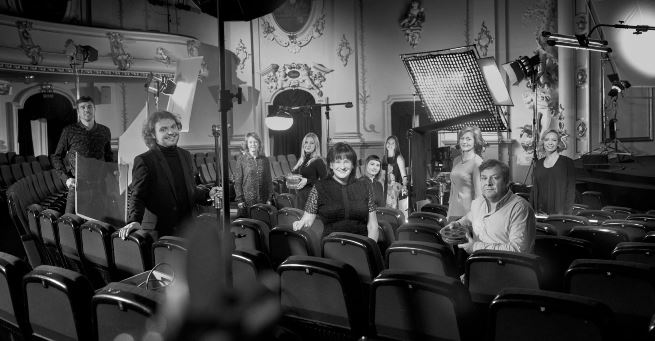 The project “European Lecture Course” aimed at school students was launched and successfully continued, where we screen European co-produced films that are thematically suitable for youth audiences.

On 11th June 2021, the Splendid Garden cinema terrace opened - an incarnation of the long-cherished idea of enjoying summer cinema in the city centre, under the stars. In good weather, the screenings take place every evening, extending the summer season until September. The new venue won the public's love with films awarded at European Film Festivals. Our summer hits were François Ozon’s Summer of 85 and Giovanni Troilo’s Frida. Viva la Vida.

The Best Programming 2021 award from Europa Cinemas is enabling further work in preparation for the centenary anniversary of the cinema in 2023. Our plan is to create a really high quality, attractive and interesting anniversary programme for our visitors.”

ENTREPRENEUR OF THE YEAR

Back in 2009, four students were sitting in their favourite Amsterdam cinema. They looked around. Why was the room half-empty? Where were their friends who said they were into film but rarely came along? They realised there and then that the arthouse films they loved had a branding problem. In order to claim back the market share lost to multiplexes and Hollywood, they created Cineville: a cinema collective, all-you-can-watch membership and online platform for independent film. Thirteen Amsterdam cinemas got on board. Over forty other cinemas in different Dutch cities followed.

Today, Cineville is the first stop for adventurous film fans in the Netherlands, amounting to 1.5 million admissions yearly. The four friends at the bar have transformed into a team of twenty that manages Cineville's campaigns, calendar, magazine, and app. Content creator Lauren Murphy sees how Cineville’s tailored cultural compass makes it easier and funnier for members to go to the movies, "We’re like the friend you call when you can’t pick a film. We know our stuff, but we don’t brag. Our tone-of-voice is cordial, because everyone loves film - whether it’s slow cinema, horror, or chick flicks. We want to encourage new audiences to hop on and die-hards to dig deeper.” 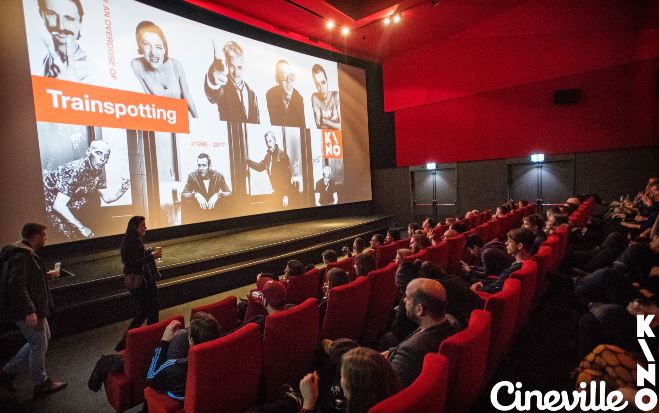 Cineville now has over 55,000 subscribers, which is more than before the pandemic began. Cineviller Eline Soumeru became a member in 2015, "I joined because my friends did. The card gives me a sense of freedom. Going to the cinema is never wasted, and it feels like Cineville knows my taste. I remember going to see Honeyland (2019) because Cineville suggested it. I probably wouldn’t have gone to a film about a Macedonian beekeeper otherwise.”

From the beginning, collaboration was key. No Cineville cinema is alike, and it's through their singular programming, atmosphere, and audiences that Cineville comes to life. All the associated cinemas - most of whom are part of the Europa Cinemas network - are also members of the Cineville Association, which plays a large part in Cineville’s strategy and decision making. Ninety percent of the membership fees are divided amongst them. Frank Groot, director of KINO Rotterdam and chairman of the Cineville Association, believes the way the cinemas, distributors, and festivals have joined forces is unique, "No one could have envisioned that working together so closely on a project like Cineville would create such strong ties between cinemas that never worked together before. We learn from and support each other. I wish every cinema owner could experience that.”

Research has shown three main effects of Cineville: audience rejuvenation, increased cinema admissions, and more adventurous film choices. Cineville members go to the cinema more often and experiment more, which boosts attendance for smaller films. The past few years have seen a slew of new cinemas opening in the Netherlands. Groot believes Cineville is one of the main factors behind that growth, and behind the success of local cinemas like KINO, “Cineville gives its members an incentive to try something new, like visiting a cinema in a different city. The audience for independent film in the Netherlands has grown and become younger, which gave us the foundation we needed to open a new cinema in Rotterdam and invest in a local film community. Cineville is definitely one of the main pillars on which KINO was built."

The pandemic and the lockdowns forced Cineville and the associated cinemas to come up with emergency solutions. In 2020, Cineville launched a temporary VOD service: Vitamin Cineville. It allowed members to watch independent titles from home whilst supporting their local cinemas. Thomas Hosman, director of Cineville said, "We wanted to strengthen the connection between Cineville, our members, and the cinemas. 70% of our members ended up using Vitamin Cineville and paying their subscriptions over the six-month lockdown. That was a huge financial support for the cinemas.”

Soumeru also stayed on board in 2020, “It felt good to have some continuity, watching the same films from home while everything came crashing down. And I really wanted the cinemas to still be there when we got back.”

When the cinemas reopened, Cineville played a large part in re-introducing their members to the big screen - because online is the support act, not the main event. Groot says, "Cineville first and foremost promotes the arthouse cinema as the perfect place for film. They believe in the communal viewing experience. In effect, no one else is more equipped to help cinemas reclaim their position after lockdown and the continued rise of VOD." 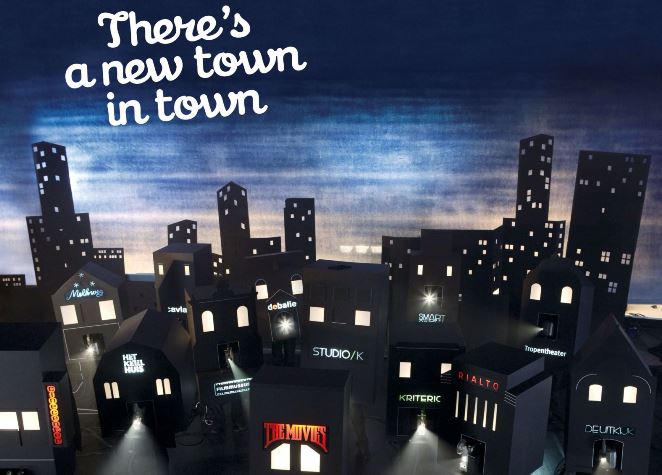 Through close collaboration with cinemas, partners, and members, Cineville has become the brand it is today. So, what does the future hold? Vitamin 2.0? Further community building through different types of membership schemes? For now, Cineville is mostly exploring how it can help other European cinemas and like-minded cultural initiatives to set up similar projects. Hosman says, “I think collaboration is now more important than ever, with so many platforms competing for the audience’s attention. Having started Cineville from a cinema ourselves, we know every location and audience is unique. Having a local perspective and ownership is key, but we have a lot of lived experience and practical tools to offer others. It’s what we love: making sure local cinema culture reaches its full potential sustainably and inclusively."