The Polish French feature film BOŻE CIAŁO (CORPUS CHRISTI) directed by Jan Komasa, has won the Europa Cinemas Label as Best European film in the Giornate degli Autori section of the Venice Film Festival, announced by a Jury of four Europa Cinemas Network exhibitors. 2019 marks the sixteenth time the Label has been awarded in Venice. In receiving the Label, BOŻE CIAŁO (Corpus Christi) will benefit from promotional support from Europa Cinemas and better exhibition thanks to a financial incentive for network cinemas to include it in their programming schedule. 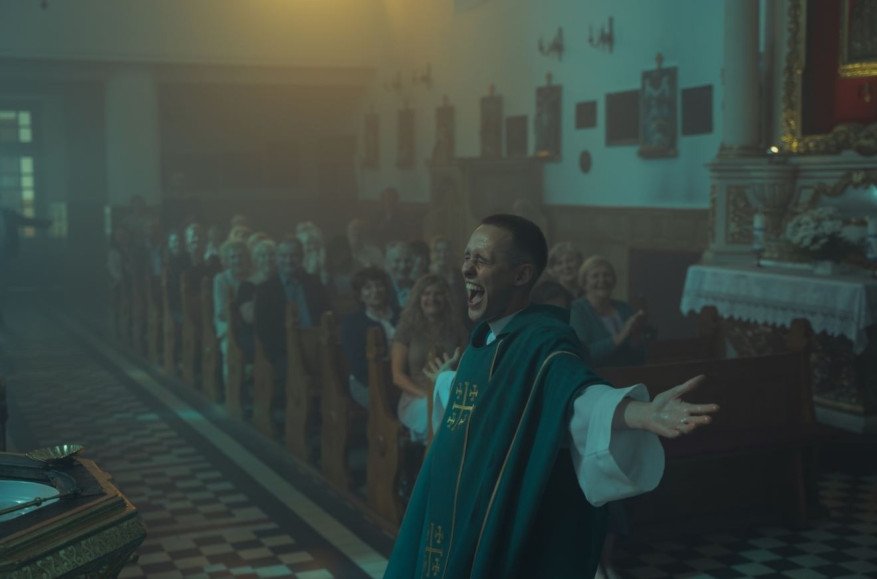 The jury issued the following statement: “Jan Komasa’s CORPUS CHRISTI is an enticing mix of the tragic and the funny – sometimes violent, sometimes highly emotional. It is driven by a truly striking central performance by Bartosz Bielenia as the charismatic Daniel, a young offender who sees priesthood as a route out of his criminal ways. When he is sent out to work in a factory, he escapes to the local village and decides to pass himself off as a priest with a strangely positive impact on the rather bigoted community. The story represents very clearly the conflicts in society today and between good and evil. In addition, the film’s clever choice of very contrasting music styles is especially effective in showing the tensions and conflicts within Daniel. A film to be seen by audiences across Europe, and we hope that winning the Europa Cinemas Label will help this process.”

Producers are Leszek Bodzak and Aneta Hickinbotham. The film is an Aurum Film production, a co-production between Canal+ Polska, WFS [Walter Film Studio], Podkarpackie Film Commission and Les Contes Modernes with the support of the Polish Film Institute and CNC.