BEST YOUNG AUDIENCE ACTIVITIES 2020 - Folkets Bio Malmö who run Panora was established in 1973 and is an independent branch of the nationwide association Folkets Bio, one of Sweden’s premier distributors of arthouse film. The first cinema opened in 1983, with one screen, a café, and an art gallery. In 2011, the property lease expired and a determined fight to gain support from the City of Malmö to establish a new cinema began. 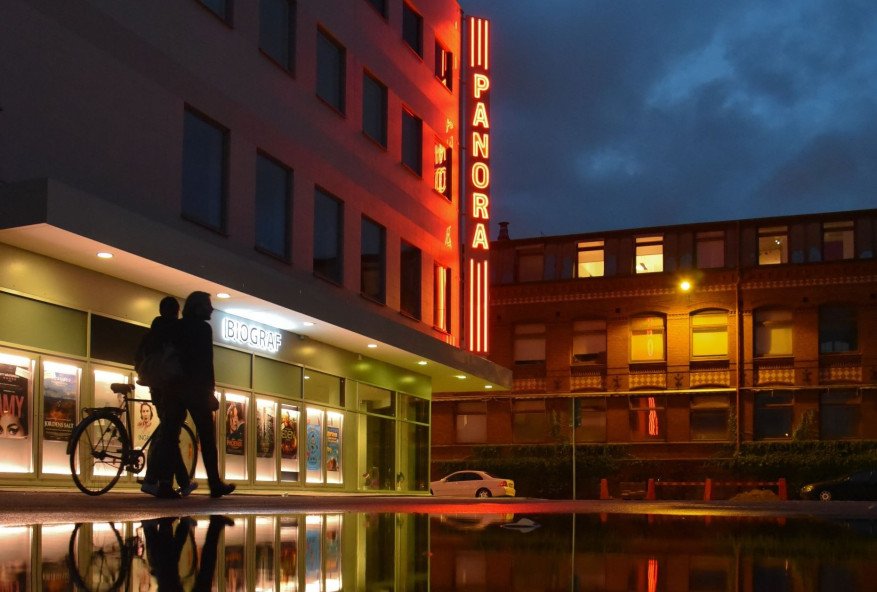 In February 2015, the new Panora – the largest arthouse cinema in the South of Sweden and the premier event and festival cinema in the region, now with three screens, a large foyer, and a gallery- opened. Absolutely key in getting the City of Malmö to agree to build a cinema, much larger than the one left behind, was the decision to make it “The Children’s Cinema”. Panora, at this stage, grew into Juniora, for children of up to 13 years of age, and Young Panora, for children and youth over age thirteen.

The development of Juniora exceeded expectations, though it was harder to reach the teenage target group of Young Panora. So, early on, it was decided to prioritize establishing Juniora. Right from the start, Juniora had its own website, graphic profile, and independent social media channels. The strategy has been to work in an inclusive way, to find as wide a target audience as possible and to trial various projects, for example; school holiday cinema, themed events, anime, premiere events, director Q&As, additional activities, special screenings, children’s parties, and more. Panora also focused on collaborations with other organisations to gain access to wider networks, contacts, and audience target groups. They worked in an interdisciplinary way to include other art forms alongside film and have a mobile outreach programme to reach places in Malmö outside of the cinema circuit.

One of their most prominent projects in recent years was a five-month retrospective of the work of animator Per Åhlin, in collaboration with Seriefrämjandet and the Swedish Film Institute. The project included 56 screenings with 17 titles - of which five were on 35mm - a director’s talk, lectures, animation workshops, book signings, and exhibitions with guided tours.

When the new Panora and Juniora opened, a person was employed full-time who spent three-and-a-half years developing the children’s programme. Unfortunately, this became unsustainable economically and their employment came to an end in 2018. The biggest challenge today is to secure the funds so it becomes possible to reappoint someone to work with Juniora, as it has great potential for further development. Another challenge Panora is faced with is to create a restaurant in the upper foyer, which must have children’s needs in mind, to strengthen Panora as a meeting place, and to attract new audiences to the cinema. A third challenge is to attract more teenagers to come to the cinema.

Over the six years since the new Panora opened, a vast network has been established and the cinema embarked on great collaborations with different schools, ranging from pre-school and kindergarten to universities. This is where some of the most important work is done, where children and youth can enjoy quality films in a cinema early in life, to experience film screenings as part of a wider context, and often with an accompanying discussion afterwards.

Overall, in 2019, Panora had 167 screenings for primary, secondary, and high school students, of which 64 were in collaboration with the City of Malmö. One of the recurring and most important collaborations is with ARF, The Anti-Racism Film Days, who curate around thirty film screenings with accompanying discussions or lectures based around human rights each year. This collaboration has been sustained for over twenty years now.

The work on children’s cinema has been successful, since they have held on stubbornly to they overall mission – every person’s right to culture: that children and young people should have a natural place in the cinema and access to quality film culture. In the very first year as new Panora, they received the prize for Children’s Cinema of the Year in Sweden, and now, six years later, they’ve received the European equivalent. The future looks bright for Panora and Juniora, with the building of the restaurant, the increase of their opening hours, and the reappointment of someone to run the children’s section who, together with the rest of the team, can take Juniora to new heights.