A Discovery of Curzon Cinemas in London

"One should always remember that people will come to a venue first and foremost for the movie experience." 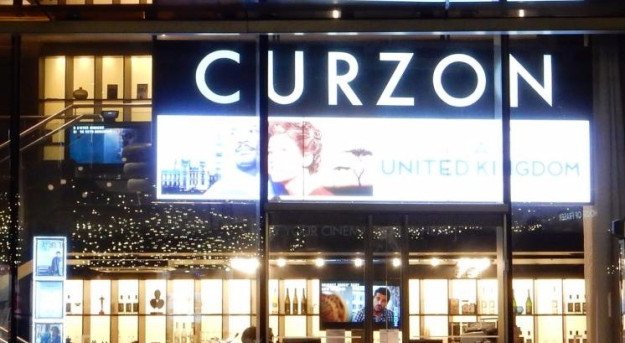 My aim and intention to apply for the exchange program Next/Change from Europa Cinemas was to widen my horizon regarding the design of different cinemas. I chose the British company Curzon Cinemas for two reasons. First, their company is really similar to Yorck Kino Gruppe regarding the number of cinemas and the size of the company, and secondly, my colleagues met Irene Musumeci from Curzon at the last EC Innovation Lab in Bologna, where they arranged this exchange between our companies.

To condense my observation, I would like to say that there are two developments in cinema design which have to be mentioned. First of all, you can notice that in new built cinemas or totally refurbished ones, the screens are getting smaller. The capacity is between 30 and 150 seats maximum. The second development is the intention to create a modern and cosy place inviting the audience to spend their time there beyond watching the film.

Nowadays, lots of arthouse cinemas have been built decades ago with a much bigger auditorium, mostly a single screen. But in the last few years the number of films released every year increased immensely. To be able to show the variety of all the small arthouse films, it became more and more monetary valuable to have more screens, even if they have fewer seats than the former ones.

It is getting more important to offer the audience additional attractions than showing a regular film program. To do so, the cinema as a cultural space has to become an attractive, cosy place to meet other people, friends and co-workers. Even though there are not many people coming to the first show of the day, opening your cinema early in the day, maybe around midday is a good way for your potential audience to notice your venue. The guests are aware that the cinema is open to have a coffee or a glass of wine in the evening.

At my cinema, we often have to deal with the issue that guests buy a ticket and then have their beer someplace else and come back just at the beginning of the film. We want to try to attract people with a nice cosy place where they can hang around and feel comfortable. Therefore maybe some new furniture or a new light system would be needed.

Most of the cinemas I visited in London, especially the ones in Victoria and Bloomsbury, where more of a stylish and appealing venue where one could just relax and a have a coffee. Most of the cinemas have real bars with wine, coffee machines and dishwashers to handle the extra tableware. This means having more staff than what you are used to when you just need someone to sell tickets.

One other change regarding the food and beverage that has been made is the self-service. The customer is able to choose sweets and snacks on his own and take it from a shelf directly in front of the cashier desk. The purpose of this is to involve the customer into in the buying process.

In London, it is quite natural to have free Wi-Fi access at the cinemas. It animates people to stay longer and makes their stay more convenient. There are digital screens in the foyer on which the trailers of the recent films are shown. Nevertheless there is still a will from the distributors to keep analogue posters alive.

I had the possibility to visit five different cinemas in different districts of London. Depending on the area, the audience was diverse in its own way in each of them. My first impression of what they had in common was that most of them looked more like bars and cafes than what you usually would expect of a cinema. For example in Curzon Bloomsbury, they split a one screen cinema with over 600 seats in six smaller ones. Four screens with about 30 seats and two bigger ones. A lot of private hiring is happening in these new or refurbished cinemas. It is easier to rent one screen, because if you have three and more screens it is financially more affordable to skip one show.

For the most part of the year, it is more profitable to show six different films in smaller screens than one film in a huge single screen which is barely used in its capacity. On the other hand, you have to be careful not to repeat the mistake they made in the nineteen-eighties in Germany, when the so called “Schachtelkinos” were built, small boxes which don’t make you feel like being in a cinema anymore.

To stand out, some of the cinemas in the city surroundings were built in unusual buildings like old banks or factories.

During all the efforts to become a cool and hip place, one should be careful not to become the next Starbucks, being a changeable part of a chain without any individuality.

In the end, one should always remember that people will come to a venue first and foremost for the movie experience.