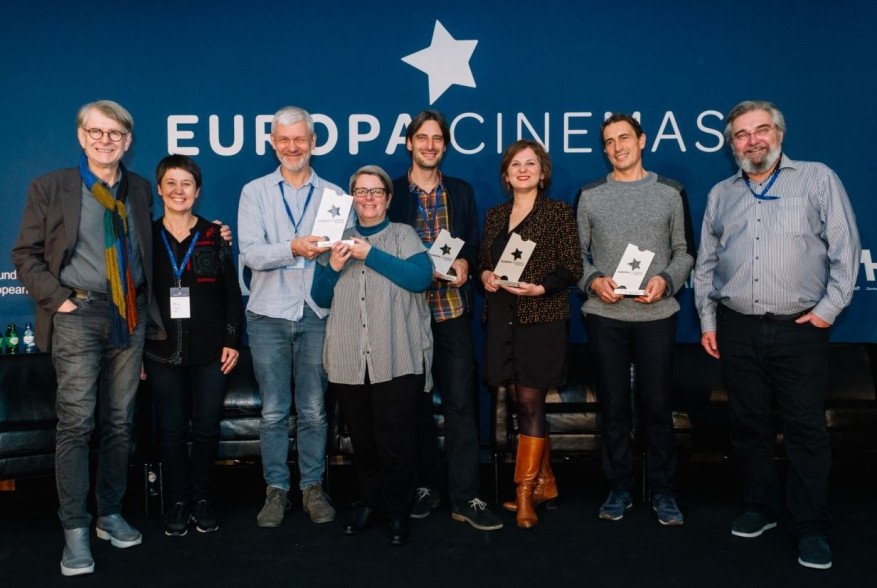 These annual awards honor the outstanding work of the best cinemas in the network, which includes 1,152 cinemas (2,775 screens) in 698 cities in Europe with the support of the Creative Europe / MEDIA Program.

The Best Programming Award honours the investment of Kinodvor and its teams, led today by its director Metka Daris and programmer Koen Van Daele. It is an historical cinema built in 1923 which became a municipal cinema in 2008, the Kinodvor has developed a lot under the direction of Nina Pece. It was already rewarded for its Best Young Audience Activities in 2010. With its two screens, the cinema regularly exceeds 120,000 admissions a year. It hosts about fifteen festivals a year and has created several successful programmes, such as Kinotrip, both a label and film festival for teenagers. The cinema spearheaded the constitution of the Slovenian arthouse cinemas network and its activity largely exceeds its walls, with open-air screenings through the city and the organization of punctual events in various places.

The dynamism of French cinemas in Young Audience activities is acknowledged with the Joint Award given to two cinemas with three screens each, located in the same urban area, a few kilometers apart. The LUX in Caen, directed by Gautier Labrusse and Didier Anne, and the Café des Images in Hérouville-Saint-Clair, directed by Elise Mignot, are respectively 60 and 40 years old and share the same investment in the creation of activities for young people of all age groups. The young audiences admissions amount to more than a third of their annual ones (170,000 for the LUX and 120,000 for the Café des Images). Even though they are independent from one another, the two cinemas co-operate in programming and participate jointly in local activities, such as the Young Ambassadors of Culture and the highly successful screenings at the University from Caen. Their activities go beyond the confines of the movie theater. The LUX ensures the programming of several places on the outskirts of Caen and has set up original activities (pedalo-cinema, screenings to the pool), while the Café des Images asserts itself as a third-place, invested in eco-responsibility and contemporary debates.

The Best Entrepreneur Award honors the investment of Yanaki and Christo Dermendjiev. Their activity of cinema exhibitors began with the reopening in 2014 of a long-standing Plovdiv Hall, the Lucky Home of Cinema, transforming the venue into a modern three-screen art cinema. The two brothers continued their activism for the development of exhibition in Bulgaria, especially in economically disadvantaged territories. Today they manage 12 cinema theaters and open-air cinemas. They are also the largest distributor of European films in the country, focusing on films and activities for young audiences. They are members of the Europa Cinemas network with Lucky Home of Cinema in Plovdiv and Cinemagic in Targovishte.