2018: Analysis of the Network’s numbers

A record in continuity for Europa Cinemas

Here is a review in details on the results of European films in the Europa Cinemas’ Network. They represent 42 millions of admissions in this record year for the 1,121 cinemas supported by Europe Creative/MEDIA. From the biopics importance to the good results of documentaries, what tendencies are worth highlighting? Beside the general statistics, you will find here some focuses on the results of documentaries, animated films and Polish films in our Network. 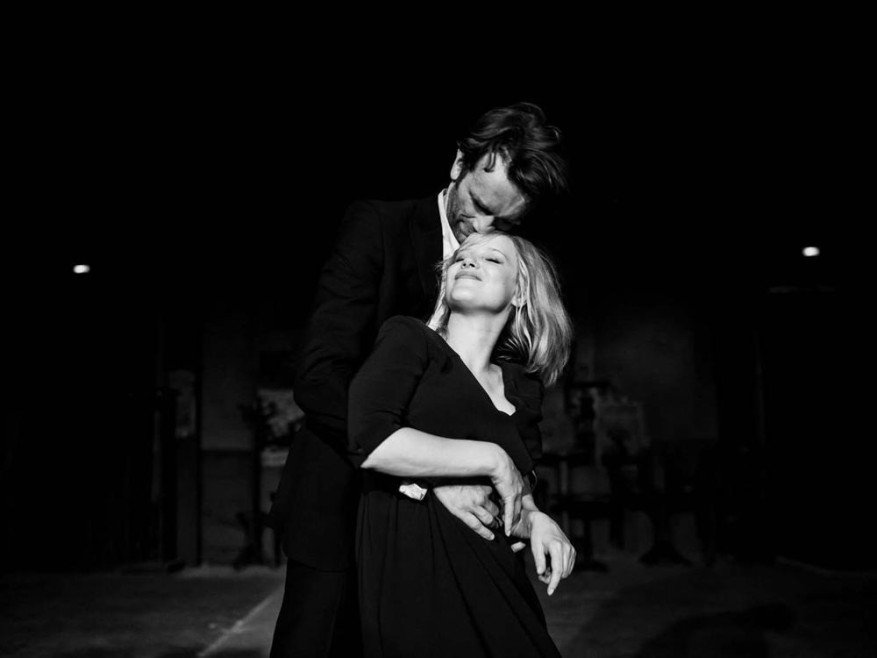 A record for the members of the Europa Cinemas / MEDIA Network

2018 is, to begin with, a record year for the members of the Europa Cinemas/MEDIA Network: screenings and admissions of European films have never been higher, in their absolute values. Of course, the growth of the Network in terms of new venues partly explains this result. There are many more theatres which are joining the Network than ones which are leaving it due to closures. However 2017 was still a year with a strong drop in the number of admissions for European films and with a relative stagnation of the numbers of admissions in the Network. This exception aside, there has been a significant rise of these admissions since 2014 and Europa Cinemas occupies an increasingly important place in the European Market which goes together with its responsibility for the diffusion of European cinema.

The programming effort of the cinemas carries on in continuity

The theatres still devote some 6 screenings out of 10 to European Cinema (58.2% in 2018) and more precisely 34.5 % of their screenings to non national European cinema. To appraise this effort in the lights of the Market results, one should know that the European Audiovisual Observatory estimates the percentage of admissions for European Films in European cinemas to be 29.4%. The Europa Cinemas theatres reach 55.3% or 25.9 more points: the programming effort in the Network members in relation to the Market of European cinema diffusion therefore represents a quarter of their activity.

According to the Observatory, some markets have undergone substantial decreases (Germany, Austria, Italy, Finland, Slovakia), more reasonable decreases (France, Belgium, Sweden) or sharp rises (Czech Republic, Denmark, the United Kingdom, Poland, Slovenia). Yet, these tendancies are somehow smoothen in the Europa Cinemas venues or even contradicted by them. The drop is indeed much less important in the Network German and Austrian cinemas. The admissions in the Italian and French venues are even on the rise. This positive observation also applies to all the countries where Europa Cinemas is involved, with the exceptions of Croatia and Hungary. This « smoothing » was also observed in France following the summer of 2018 which was particularly bad for large audience films (that is  « American films »). It was the summer of the World Cup and it revealed that the admissions in art house cinemas, for their part, didn’t vary much. Be it in France or in the European Market, beside the specific results of European films, art house cinemas including Europa Cinemas theatres display year by year general results which are rather steady despite the competition. It is a cause for satisfaction which can be attributed to the modernisation efforts and the cultural and communication actions.

Despite the disparities between countries, there is a tendency toward the assertion of national cinema. It is notably the case with the Polish, Danish, English and Italian Markets in 2018. However this tendency can not be verified in the details of each situation of the Europa Cinemas venues as one could contradict this leaning one way or another. This observation supports the idea that the Network cinemas are less subjected to the offer hazards than the chains.

A genuine diversity in European films

These satisfying results can certainly be explained by the substantial outreach of a genuine diversity in European films, with more nationalities represented than the previous years. Two European films reached indeed more than 900,000 admissions : the Polish film Cold War (975 000) and the British one Darkest Hour (921 000). Three other films added up to 500,000 admissions : Italian filmmaker Luca Guadagnino’s last film Call Me by Your Name (846,000) which is very popular among the 28 Times Cinema participants, Everybody Knows (616,000) and the British film The Children Act (578,000). 9 nationalities are represented in our European Top 20. This is a noteworthy diversity with a significant presence of Polish, Italian and German films and the relative weakness of French films this year.

As far as themes are concerned, one can highlight the strong presence, on the European and national markets scales, of films, biopics or not, devoted to European historical or cultural figures. Such is the case of Darkest Hour, Loving Vincent, The Death of Stalin on a humoristic tone, of the documentaries Papst Franziskus and Maria by Callas, 3 Days in Quiberon, of the German biopic Gundermann which was very successful at the recent Lolas, of Unga Astrid on the creator of Pippi Longstocking which is well distributed in Europe in this beginning of 2019, or Memoir of War, an adaptation of Marguerite Duras’ book. It represents 1 European film out of 5 in our top 50. This trend is complemented by films whose success remains within the borders of their original market, for instance Waldheims Walzer in Austria and Jan Palach in the Czech Republic, Loro 1 and 2 in Italy.

Documentaries are very well positioned in the cinemas of the Network. They represent 5% of the total admissions and 8% of the European ones, which is very high compared to the market numbers. This presence has been accentuated by digitisation, which makes it easier to program films for special screenings.

This year again, there were many “national” successes in the Network, which sometimes remain confined to their country of origin. These include Waldheims Walzer (Ruth Beckermann) in Austria, 1968 (Tassos Boulmetis) in Greece, The Camino Voyage (Donal O'Ceilleachair) in Ireland and De Wilde Stad (Mark Verkerk) in the Netherlands.

But some documentaries circulate from one country to another and 2018 is a strong year in this respect, with two films above 200,000 admissions in our Network. Papst Franziskus - Ein Mann seines Wortes, which Wim Wenders has dedicated to the current Pope, attracts nearly 230,000 viewers in the cinemas of a dozen countries, especially in Germany (150,000 admissions in the cinemas of the Network). Wim Wenders has enjoyed the greatest successes of the second part of his career with documentaries, this one joining those of Buena Vista Social Club, The Salt of the Earth and Pina. As for Maria by Callas (Tom Volf), its 220,000 admissions are distributed in the cinemas of about twenty countries, especially in Spain, where Europa Cinemas represents 75% of its 67,000 admissions.

Behind them, three films make between 100,000 and 200,000 admissions: Faces Villages (Agnès Varda and JR) which reaches almost 300,000 admissions in two years in the Network, So Help me God (Yves Hinant, Jean Libon, 164 000), mainly in France, Belgium and the Netherlands, and McQueen (Ian Bonhote, Peter Ettedgui) with 100,000 admissions in a dozen countries.

Faces Villages and Maria by Callas are good examples of a long-term diffusion, the two films realizing their career in theaters for almost two years. Distribution over time rhymes moreover with diffusion in depth, since Maria by Callas was screened this year in 524 cinemas of the Network, almost half of it! Faces Villages is not far away, with 488 cinemas in 2018 and 669 over two years.

The good circulation of animated movies

The vivacity of Polish cinema

We highlighted the quality of Polish production at the Europa Cinemas Conference in Warsaw in 2009. Ten years later, we can renew our statement about these Polish films which represent 2.8% of the total admissions in the Network in 2018.

Pawel Pawlikowski is of course at the top of the list. In two Polish films after an early career in England, he establishes himself as one of the leading European film directors, now recognized by the public of arthouse cinemas. With nearly a million admissions in the Network, Cold War is a hit in the 25 European countries where it was released. The Network cinemas are particularly responsible for these results in Italy (87% of its 90,000 admissions), in the Netherlands (81% of 92,000), in Spain (133,000 admissions in the Network, or 63%) and in France (more than half of its 316,000 admissions).

In two years of exhibition, the animated film Loving Vincent (Dorota Kobiela, Hugh Welchman) continues its great career and accumulates 925,000 admissions in the Network. It has worked particularly well in Austria and Germany, the Czech Republic and Slovakia, the Netherlands and Romania, where Network cinemas represent almost all of its 16,000 admissions, a very good score for the country. .

Foxtrot (Samuel Maoz) and Another Day of Life (Raúl de la Fuente, Damian Nenow) are other examples of Polish co-productions that circulated in the Network's cinemas. Fuga, the second film by young director Agnieszka Smoczynska, released at the end of the year in Poland after a triumphant tour of the festivals which started at the Critics' Week 2018, began circulating in European theaters in early 2019.

As far as the Polish cinemas are concerned, 2018 is also a great year for the national exhibition. Kler was one of the greatest hits of Polish cinema, with more than 5 million admissions in his country and 155,000 in the United Kingdom. This film, which addresses the issue of pedophilia of priests, has met with massive success, also in the 40 cinemas the Network, which have all programmed it. The film has gathered more than 20,000 cinemas in 2 members of the Network and more than 10,000 in 9 cinemas!

The representation of Women filmmakers in the Network

The loss of the incredible Agnès Varda in early 2019 prompts us to look at the place of films made by women in our Network. 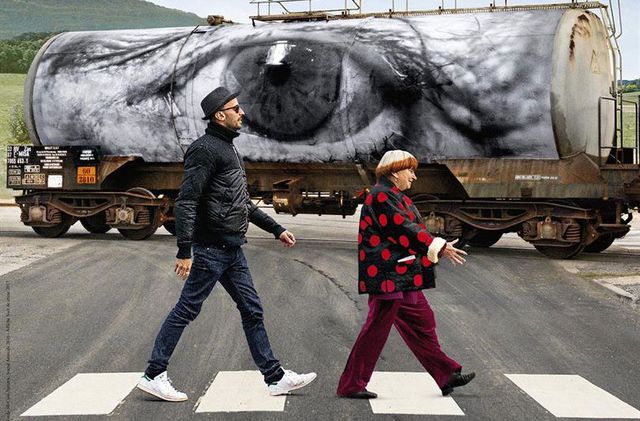 The Importance of Cannes Movies

Year after year, films presented during Cannes Film Festival occupy a special place in the Europa Cinemas Network. In 2018, Zimna Wojna (aka Cold War) achieved the best result of the Network in terms of admissions of European films, Todos Los Saben (aka Everybody Knows) is 4th and Aus dem Nichts (aka In the Fade), presented in 2017, is 9th.