Interview with Sudabeh Mortezai in Venice

Sofie Cato Maas, ambassador of the cinema LantarenVenster (Rotterdam) and juror of the Giornate degli Autori selection within the frame of 28 Times Cinema, interviewed Sudabeh Mortezai, JOY’s director, awarded with the Europa Cinemas Label in Venice. Here is Sofie’s interview which took place during the award ceremony on Friday, September 7. 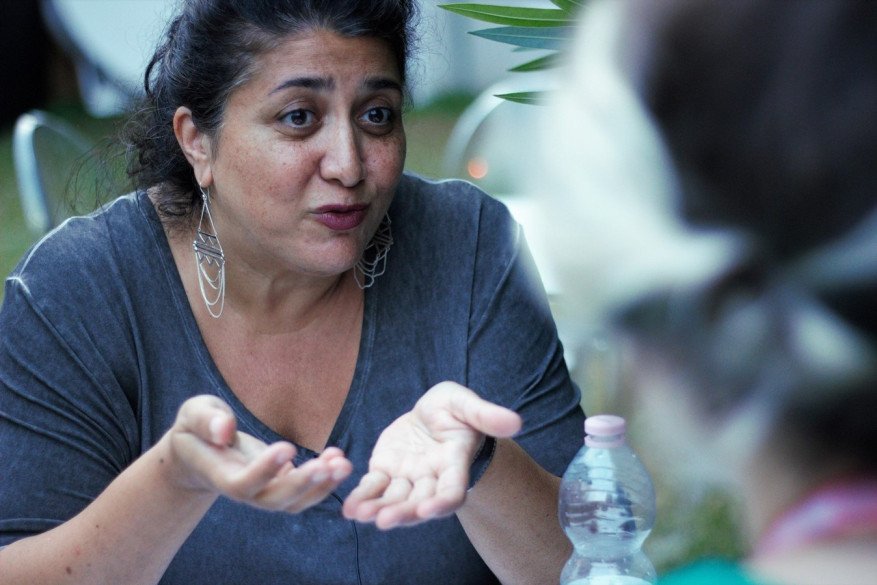 Film director Sudabeh Mortizah is sitting in the garden of the Giornate degli Autori Villa on the Lido, where the 75th edition of the Film Festival of Venice takes place. Her film JOY, a film about a woman that has fallen victim to sex trafficking in Vienna, is just awarded with the Europa Cinemas Label. She is in good spirits, as her film, selected for the Giornate degli Autori, will now receive additional promotional help by Europa Cinemas. In this way Europa Cinemas exhibitors will be encouraged to programme the film in their venues increasing JOY’s circulation and box-office runs.

When I asked Mortizah whether cinema - for her – is a political weapon, she answers that she does not see herself as a political activist per se. “I chose this subject matter when I became aware of this system of human trafficking in Nigeria and   how it works”. It was the vicious cycle of exploitation of women by women that intrigued Mortizah. The Madams who exploit the women who come from Nigeria, were once former trafficking victims themselves. Women become enemies and rivals of each other. “This was very shocking for me, but as a filmmaker, it was very intriguing. This was the main reason why I wanted to make a film, because of the power dynamics. My goal is to humanise these women, to create a feeling of empathy within the audience, so the audience will understand where these women come from and why they do what they do. Cinema is a very powerful tool to do this; to build a human relationship this way.”

“The whole film is filmed through the perspective of these women. And so we, the viewers, also get to see Europe through the eyes of these Nigerian women. And then Europe is a strange place, very unwelcoming. Not the Europe that we know. It was important for me to have this shift of perspective." Near the end of the film, there is a powerful scene in which Joy and Precious – the young girl Joy has to take care of – warm themselves up in a café near the border of Italy, during the festival of Saint Nicholas. Several people are dressed up as Krampus, a demon-like character from Austro-Bavarian folklore, acting as animals, with huge masks. Through the eyes of Joy and Precious, it feels as if we are witnessing an exotic ritual. We come to realise that we also have our irrational believes, our strange traditions that are almost like rituals.

One of the ways in which the traffickers try to control the women, is by means of Juju magic rituals. These rituals are often terrifying to undergo and are there to control the women. “These rituals are a big part of the trafficking system. The women – before going to Europe – are brought to a doctor by their traffickers to swear an oath to pay off their debts and to not go to the police. It is a very powerful control mechanism, where the women strongly believe in.” 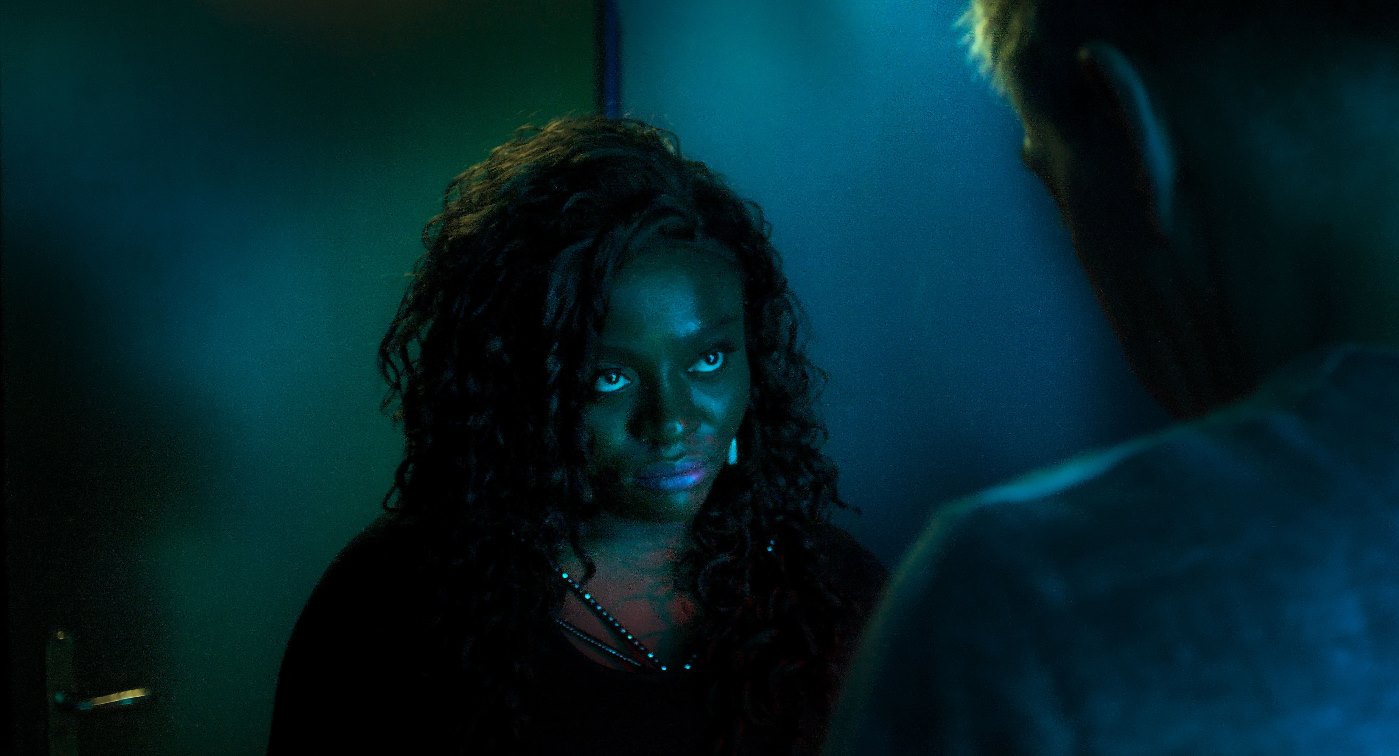 When I ask Mortizah about the meaning of the new Giornate degli Autori prize introduced this year, the Hearst Film Award for best female filmmaker (awarded to JOY as well) she smiles and says that it means a lot to her personally. “I am especially happy because they do this for a woman filmmaker. We are now amidst a huge conversation regarding gender equality in cinema, which I believe is a very important conversation that needs to happen. Also for me, as a filmmaker, this is really helpful, because a lot of money is attached to the prize, which means I have some space for creativity. To have the freedom to work and to think and to try.” 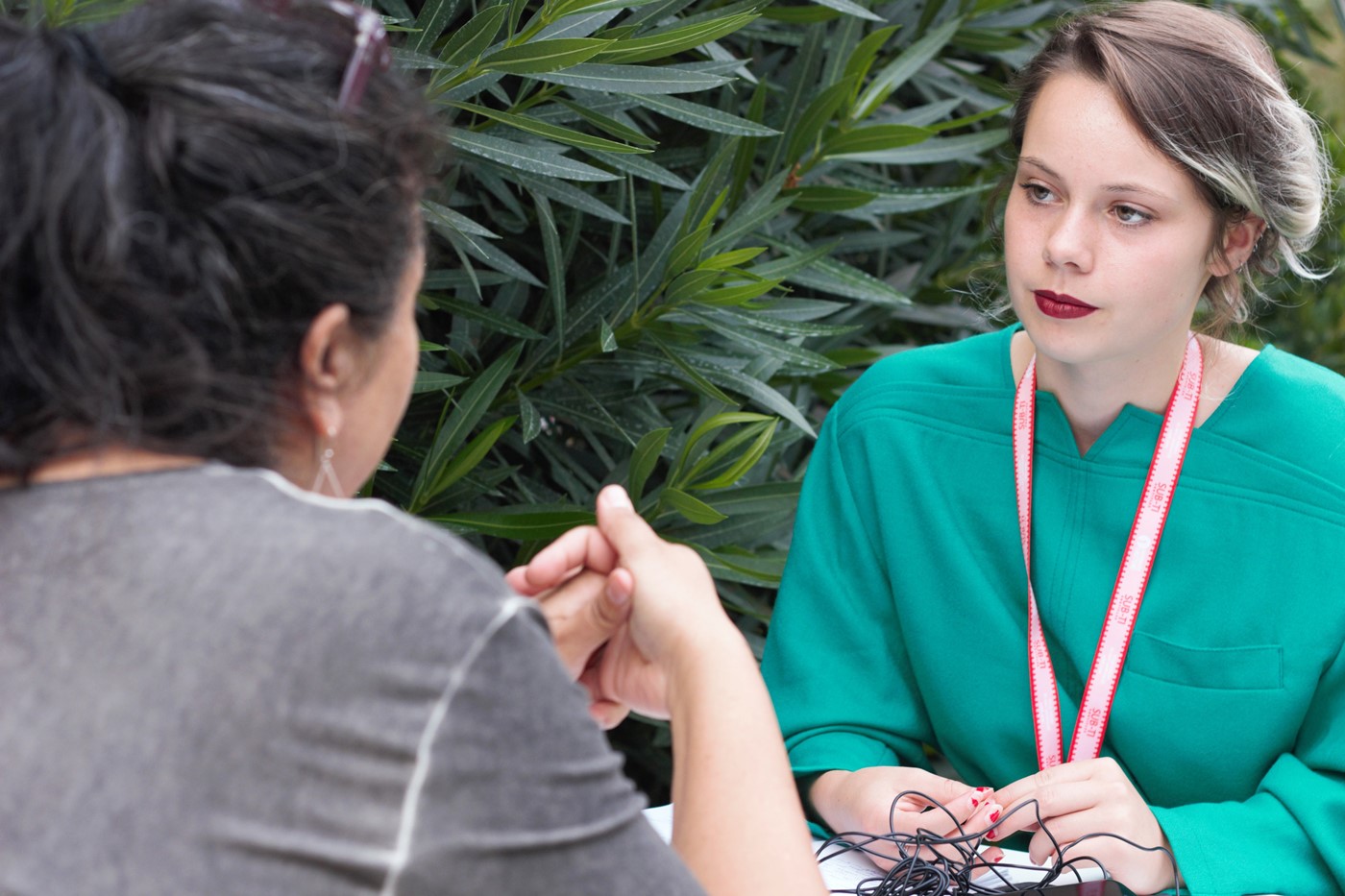