MioCinema, the first VOD platform with the direct involvement of film theatres, up and running from 18th of May, has just been launched in Italy. The project, on a par with La Toile in France or Picl in the Netherlands, sees distributors, platform and theatres join forces to present a supplementary film offer for screenings in theatres. New virtual cinema projects will also commence in the coming weeks at the initiative of some Italian exhibitors, members of Europa Cinemas. An interview with Andrea Occhipinti (Sole Administrator of Lucky Red and Managing Director of Circuito Cinema), Antonio Medici (Chairman of the Board of Directors of Circuito Cinema) and Gianluca Guzzo (Managing Director of MyMovies) 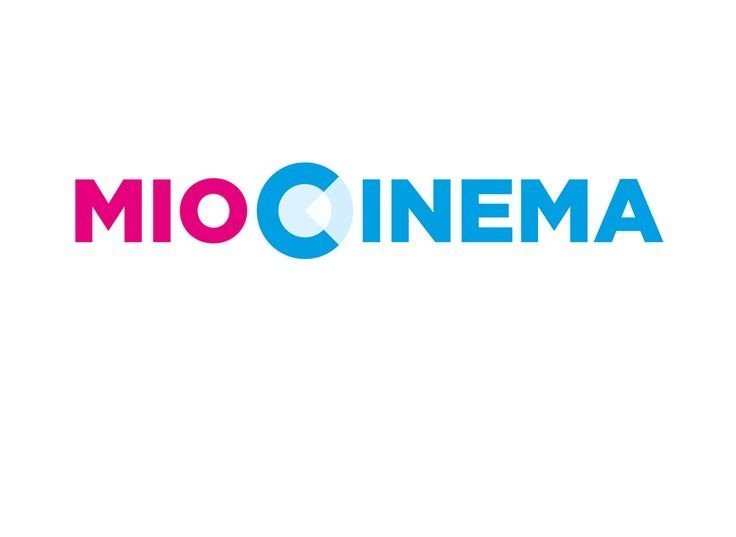 How did the initiative for this VOD platform originate? Were you inspired by existing models in other countries?

Occhipinti: We were already aware of similar initiatives in other countries, such as Curzon Artificial Eye in England or the distributor A Contracorriente’s platform in Spain. The current situation sped up this consideration, added to which was the frustration of film theatres, that had to interrupt the dialogue with their audiences due to their closing down. The combination of these factors drove us to put together theatres, audience, distributors and MyMovies, the most important website for cinema resources in Italy. It is a way of showing solidarity to film theatres, which are still closed and, at the same time, a way of responding to a need for quality films by their audiences.

Medici: Both as a Circuito Cinema exhibitor and Bim distributor, at the start of this crisis I thought a tool was needed to maintain dialogue with the audience, not to take them away from theatres, but to cultivate them and subsequently bring them back to the cinema on reopening. We weren’t ready to abandon our audience for all those months with the constant requests from other operators, not strictly related to the field of cinema.

Guzzo: At first, we moved parallel. MyMovies had already set up a streaming platform ten years ago, even though it wasn’t always operative. When this crisis and the consequent cinema closures occurred, we felt the need to go back online, first offering free content directly on our website. Then, the three of us worked together to respond to the situation, sharing our ideas and giving birth to this joint initiative.

Who are the stakeholders at the core of this initiative?

Medici and Occhipinti: The initiators of MioCinema are Lucky Red, Circuito Cinema and MyMovies, as the platform which already possesses the technical skill and experience to launch a VOD service. Then, all auteur films distributors and film theatres with a programming in line with our editorial strategy can of course take part.

How many theatres will be involved?

Occhipinti: To date there are a bit over 100 theatres taking part with 270 screens throughout the whole of Italy, in every region*.

These are all film theatres offering quality cinema, with a profile and programming similar to the offer proposed on our platform, so not multiplexes or more commercial theatres.

Technically, how will the MioCinema platform work?

Guzzo: Users access the platform by entering their basic personal data and their postcode. This identifies the users’ geographical position, so that they are proposed the closest participating cinemas. Users must then select a cinema of reference through which they can watch films. So, the geolocation is partly technological and partly induced, because it is the users who choose the cinema among those closest to them. Viewers can accumulate advantages, benefit from platform/theatre cross-promotions and take advantage of them in theatres when they reopen. It is a way of enabling viewers to choose which cinema to go to, that they wish to support.

However, if there are no cinemas taking part in the initiative within a range of 40km from the user, he/she can access the platform directly, without selecting a cinema of reference.

The platform will offer unreleased and catalogue films on TVOD, on pay per view, which are always accessible and can be watched within 30 days of purchase.

How does MioCinema support and remunerate theatres?

What will the film offer of the platform be?

Occhipinti: The platform will be up and running from 18th of May. There will be a Premium VOD film every two weeks, that is, a first-run film which has not been released in theatres yet, such as, for example, LES MISERABLES by Ladj Ly, which was due to premiere on the big screen in March. The new film will be accompanied by a series of related catalogue titles, to create an editorial coherence, for example, other past films by the same director or on the same subject. Moreover, the platform will host a number of live events on set days and times, for example, previews frequently accompanied by presentations and Q&A with film crew and guests.

Some films, which were released just before closing at the end of February, can also be available on the platform, complying with the envisaged exploitation windows of course. 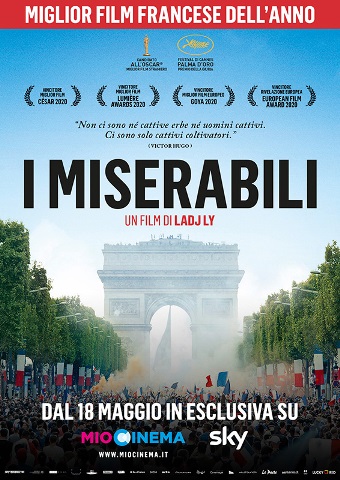 Which aspects of MioCinema distinguish it from the VOD and streaming offer already available online?

Medici: The idea of MioCinema came about because theatres are at the heart of the initiative. Without theatres we wouldn’t have launched another VOD platform.

Guzzo: The relationship that this platform has with the territory, its role of digital extension of film theatres. The audience can find a familiar ecosystem, which is similar to that of cinemas. MioCinema proposes working in the community through the network of participating theatres, which have a direct and personal relationship with their audiences and which can therefore invite them to explore their cinemagoing experience, also online.

Viewers can also discover the exhibitor’s curatorial role in the platform, the personal soul of the digital platform, which doesn’t exist in the current online offer yet.

Do you intend to keep the platform active also after film theatres reopen? In this case, how would MioCinema be placed in relation to theatres and their film offer?

Occhipinti: The plan is to keep the platform working also after theatres reopen. This platform will increase the communication in relation to the theatre offer, to make their audiences grow. We want it to be a means of support for film theatres, not in conflict.

Medici: The platform is intended to support the films released in film theatres through a series of initiatives.

The aim is to create a network of theatres as privileged places for those viewers loving a certain type of quality cinema, who can find additional contents on the platform, complementary to the films due to be released in theatres.

Do you believe that new dynamics, new rules and new scenarios for the release of films will be established after this crisis?

Occhipinti: I don’t think the exploitation windows will change so easily in Italy, unless it is decided by the American majors and large multiplex chains, having repercussions on the other countries. Whereas, there may be different dynamics for national and smaller films related to each individual country.

I think it will be clearer which films will have a strong potential for a theatrical release and which instead, after the theatre preview, will be exploited elsewhere, in other words on the platforms.

Medici: I believe that this crisis and the closure of cinemas has accelerated processes, which were probably already underway on the market, so there will be films that will continue to be released and be successful in theatres. There will be other films that will be released directly on VOD and with MioCinema the participating cinemas will be remunerated also for the films which won’t be projected on their screens, which is not the case in the current traditional model.

Do you think that when cinemas reopen, a potential overcrowding of films may contribute to the release of a number of films directly on VOD?

Medici: I don’t think there will be any overcrowding on reopening, but rather a lack of films, also because film shootings are closed. Of course, it all depends on how long this singular situation will last.

From the start of lockdown, MyMovies put forward the initiative «Io resto a casa» (I’m staying at home) on MyMovies Live, in cooperation with Pop Up Cinema, offering free films and live content. How does the offer on the MioCinema platform differ from what is already available for free on MyMovies?

Guzzo: The operation «Io resto a casa» was set up immediately after the closure of cinemas and was aimed at responding to the situation. Then, we promptly decided to put our experience into practice and offer spontaneous entertainment on a daily basis, which ended up supporting what is being put in place now. Today, thanks to the agreements reached with our partners, we are accelerating the process of a streaming offer from film theatres through MioCinema. So, the two projects are not in competition, in fact, the one is the continuation of the other.

Now MyMovies Live is predominantly being centred on live debates and few other targeted actions, with the aim of creating added value on the other existing initiatives.

Another virtual cinema initiative, again on MyMovies, has just been launched by True Colours, an international sales company founded by Lucky Red. Who is it aimed at and what are its objectives?

Occhipinti: True Colours usually offers non-commercial screenings of Italian films abroad to cultural institutes, festivals and film theatres organizing retrospectives. At a time when physical screenings are impossible, we have given these operators the chance to continue to show Italian films in other countries by means of a virtual cinema platform, thanks to the technical support of MyMovies. Although the Virtual Cinema screening room has been set up in this exceptional circumstances, we do not rule out that this form of entertainment may remain in place also after the crisis.

*53 participating cinemas are Europa Cinemas members, for example Eliseo and Mexico in Milan, Spazio Odissea in Cagliari, Multisala Odeon and Rialto in Bologna, Cinema Astra in Padua, Aurora in Palermo, Kinemax in Gorizia, Cinema d’Azeglio in Parma and Multisala Filangieri in Naples, Quattro Fontane and Nuovo Olimpia in Rome. 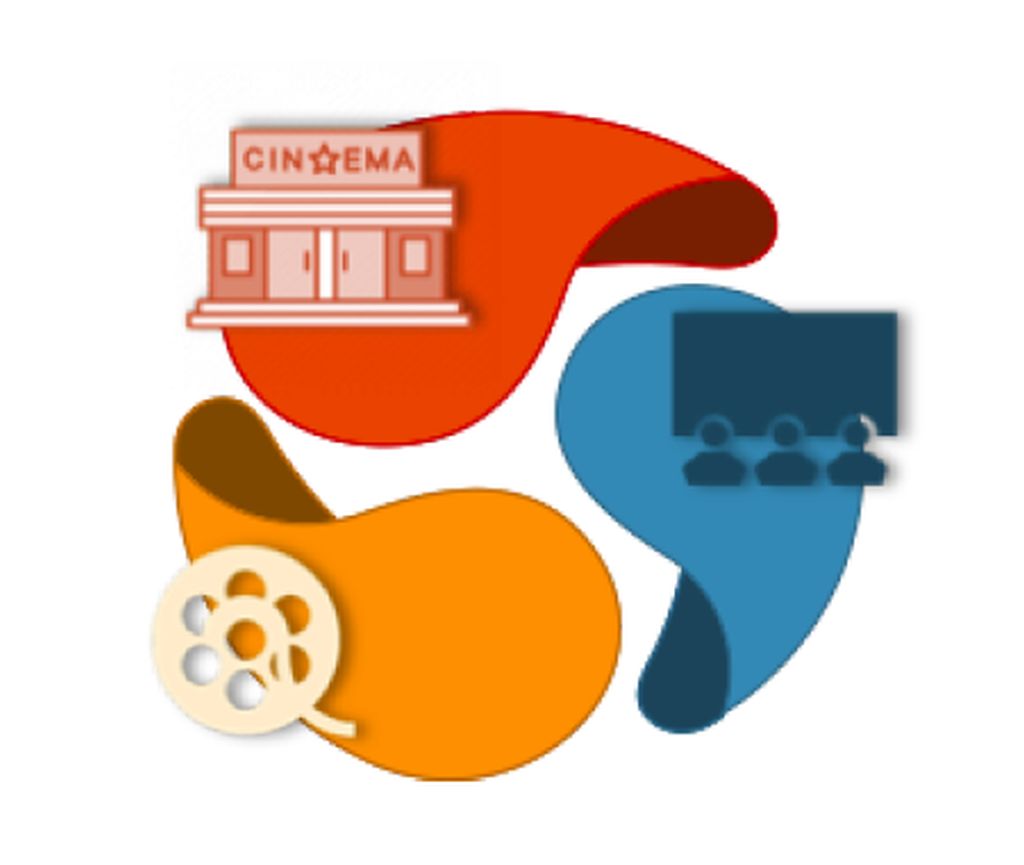