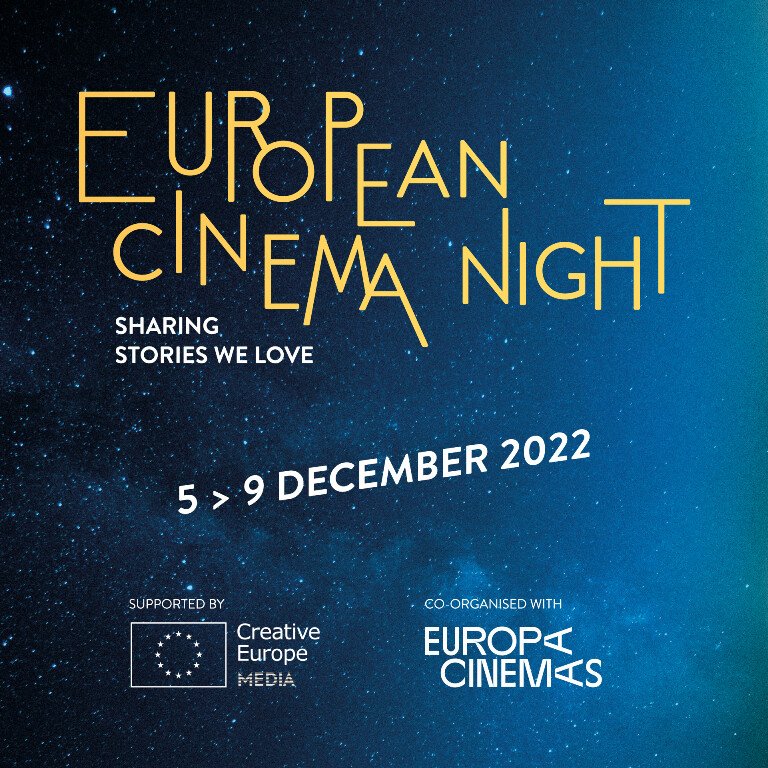 The European Cinema Night is back in 2022 with 5 days of free screenings across Europe from 5 to 9 December 2022.

For the fifth consecutive year, Creative Europe MEDIA – the EU programme supporting the European audiovisual sector – joins Europa Cinemas in the organisation of the ‘European Cinema Night – Sharing stories we love’. This initiative aims at bringing Europe closer to its citizens, while celebrating together the richness and diversity of the European film culture.

The free screenings of European films supported by MEDIA will reach out to more than 8,000 cinemagoers in 75 cities across Europe, strengthening personal connections around a shared European identity built on diversity. This initiative, has considerably grown throughout the years. The first edition in 2018 counted 34 participating theatres; participation grew to 54 in 2019, then 67 in 2020 and involved no less than 71 venues in 2021. In 2022, 75 cinemas in 26 EU countries will take part in the initiative.

The participants, all very dynamic members of the Europa Cinemas, will select the film to be screened according to the interest of their public, with the aim to adapt to a diversity of audiences. All screenings will be accompanied by activities such as presentations, Q&A with directors, actors or other members of the film crew as well as debates, in which the audience will have the opportunity to discuss the film with other film-lovers.

The list with all the screenings taking place in the 75 cities will be available here: https://europa.eu/!NbFxGQ

The European Cinema Night will take place in the broader context of the Month of European Film (MOEF) from 13 November to 10 December 2022, an initiative launched this year by the European Film Academy in partnership with Europa Cinemas. During four weeks, more than 100 cinema venues members of the Europa Cinemas network across Europe will organise events around European films.