Bilal, 17, left his native Iraq shortly after his girlfriend emigrated to England and is now in the midst of an adventurous journey across Europe in order to see her again. However, his trek has now come to an abrupt end on the northern coast of France and he can go no further. Between him and his girlfriend Mina lies the wintry English Channel, the busiest waterway in the world. Could Bilal join the number of bold swimmers who have attempted the crossing? The boy decides to head for the local swimming pool to begin training. There he meets lifeguard Simon, to whom he eventually confides his grand plan. Simon takes Bilal under his wing and secretly teaches the young Kurd how to do the crawl. 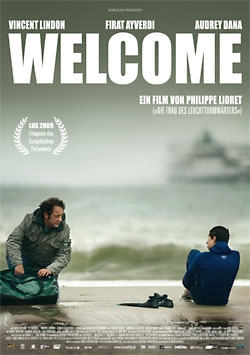