During the post-war period, a group of Swedish observers from the Home Research Institute completed a study which revealed that the distance travelled on foot during a normal year in the kitchen is equal to that between Sweden and the Republic of Congo, but if the design of a kitchen follows an assembly line layout then one need only walk to Northern Italy. After such success, the institute descends upon a small Norwegian village with its surplus of bachelors to study the kitchen routines of single men. A humorous fable of friendship and the timeless human desire to escape classification. 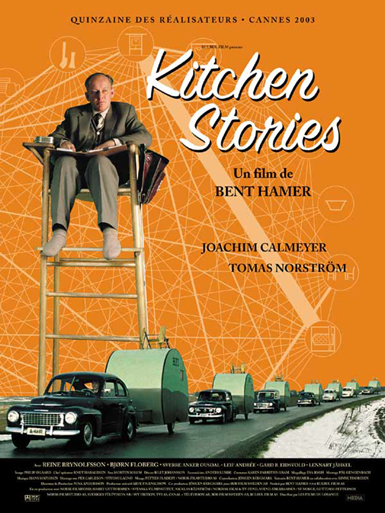