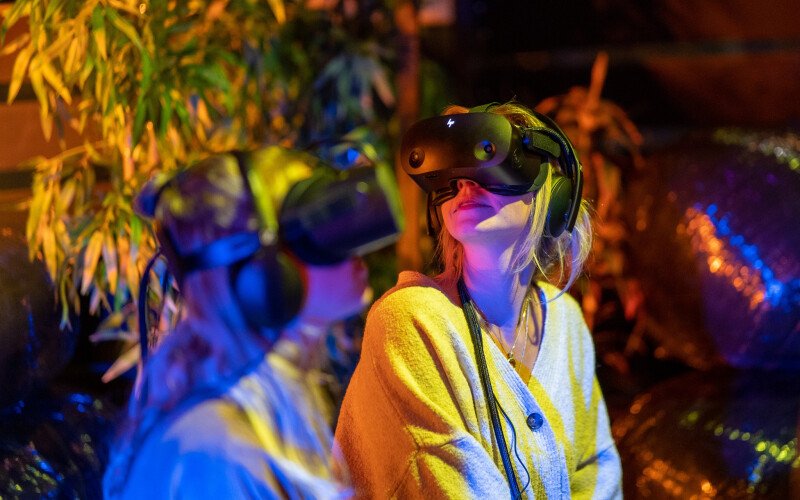 "Cinema VRiations » is a pilot project that introduces a new approach and recognition of artistic virtual reality (VR) productions, stimulating new forms of collaboration around the creation of VRcenters.

This project proposes an innovative model that is deployed in 3 cinemas in the Netherlands, LUX (Nijmegen), LantarenVenster (Rotterdam) and Schuur (Haarlem) with the help of partners Cassette and Diversion Cinema, experts in VR.

Within the partner cinemas, Cinema VRiations seeks to give VR a permanent place in the programming, in the exhibition spaces, but also as a real cinema experience.

The central element of this project is the creation of VR hubs, composed of a VR station for the personalized exploration of 3D spaces, and a VR-cinema that displays 360º films in theaters and perpetuates the collective experience.

Promotional work between the cinemas is also being deployed to attract audiences, create new thematic VR programming around socially relevant issues, and introduce VR-based education formats for the public and young audiovisual professionals.