Located in the earth of Charleroi, Quai10 is a unique place in Belgium, bringing together two fundamental subjects dedicated to the image: cinema and gaming. 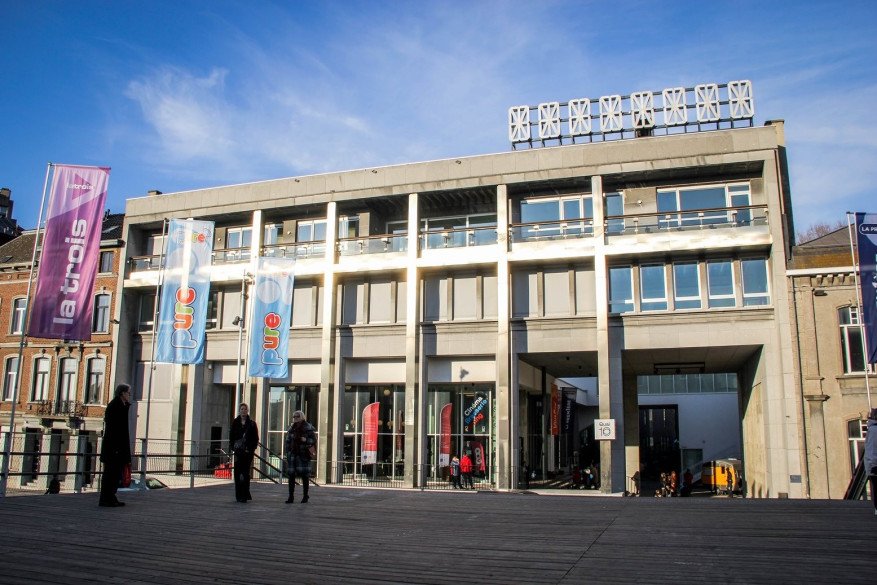 Our main goal is to offer an exchange arena for thoughts created by images. More than a traditional cinema or a gaming area, we offer a creative and instructive approach, intended for a large audience but also for people from the educational and cultural sectors. Our ambition is to create a lively space, where culture can emerge and spread across the city.

Before moving into the huge building that was an old national bank, Quai10 was “Le Ciné le Parc”. This previous city center cinema had one movie theater specializing in art-house films. Since then, things have changed. Quai10’s story started just a few months ago. We screened our first films on the 30th of October 2016. Several weeks later, in January, we opened the rest of the establishment.

We strongly believe it’s important to offer a space where audiences and filmmakers can meet.

Here, the public can access a quality film programme, temporary exhibitions, a room for digital art, a welcoming bar where they might share a meal or have a drink, and an interactive area dedicated to video games. Some of those spaces are free of charge and others aren’t; the main objective is that the fee doesn’t become an obstacle for someone wanting to visit.

The cinema shows films in their original language, as well as alternating art house and more mainstream movies, from all around the world. From documentary to fiction and with animated films, adults and children can be delighted. Our keyword is a ‘quality’ when it comes to programming, so that we can show art house cinema as well as blockbusters.

To efficiently support the programme, we’ve developed a specific approach for our events. We strongly believe it’s important to offer a space where audiences and filmmakers can meet. We organize previews, premieres and projections accompanied by discussions. We’ve also created recurring events called “Cycles”, where the audience can participate. For example, our “Cycle Cine-Music” brings together a musical documentary with a concert of “Cycle ciné-Langues”, so that, after the movie, we facilitate a ‘talk table’ discussion in the language from the film.

In 2016, w reached 43,961 visitors across 1,829 screenings. From our programming, 71% was dedicated to Belgian and European cinema and 21% was American. The Top 3 films were DEMAIN (France) by Mélanie Laurent and Cyril Dion, LES CHEVALIERS BLANCS (Belgium) by Joachim Lafosse and Captain Fantastic (USA) by Matt Ross. In our top 10, there were 4 Belgian movies and 2 documentaries. We are now operating with around 2,500 guests per week; our objective, over the next year is to reach 110,000 visitors.

No one else brings cinema and gaming together like we do.

The gaming element at Quai10 was born of 3 approaches in the hopes of creating a unique space in Belgium: discover, understand and create. First, DISCOVER invites people to experience a variety of video games through permanent exhibitions of less famous games from Belgian and European creators. The keyword for this space is conviviality. Our second approach is UNDERSTAND; by breaking the code of the media, users are able to comprehend with what happens “behind” the game.

Video games can be a very useful learning process, and one of our goals is to communicate this message to teachers and others educational players. Last, but not least, is CREATE, by which we mean the organizing of workshops, for all ages, dedicated to creation.

The gaming surface area is 250m² and is divided into 2 spaces. The first, called “The exhibitions zone” is open 6 out of 7 days, 21 hours each week and is free of charge. This area offers 13 gaming platforms and is devoted to presenting videogames, from the angle of cultural and artistic creation. Each month, a new game selection is presented to the public: independent, Belgian and aesthetic games take center stage. We have also noticed our public’s diversity, with 30% of participants from the senior demographic and 30% women.

The second area is an educational area which welcomes training for anyone aged 6 years old and over. Around one hundred activities have been created by our team and are available in this second space, across subjects including mathematics, language and the history of philosophy.  Since its opening, we welcome around 300 people per week.

We can cross Belgium’s borders and export our project and our view abroad.

Ultimately, Quai10 wants to be a major cultural project. Concerning the cinema, our main challenge is to widen our target audience, but also to continue to attract our existing, loyal and faithful audience. We must also be proactive in offering new and creative events that support our programming.

To reach this goal, we rely on 2 advantages; first, we are unique in Belgium - no one else brings cinema and gaming together like we do, in a cross-disciplinary way – and, second, with our offer, we can cross Belgium’s borders and export our project and our view abroad. 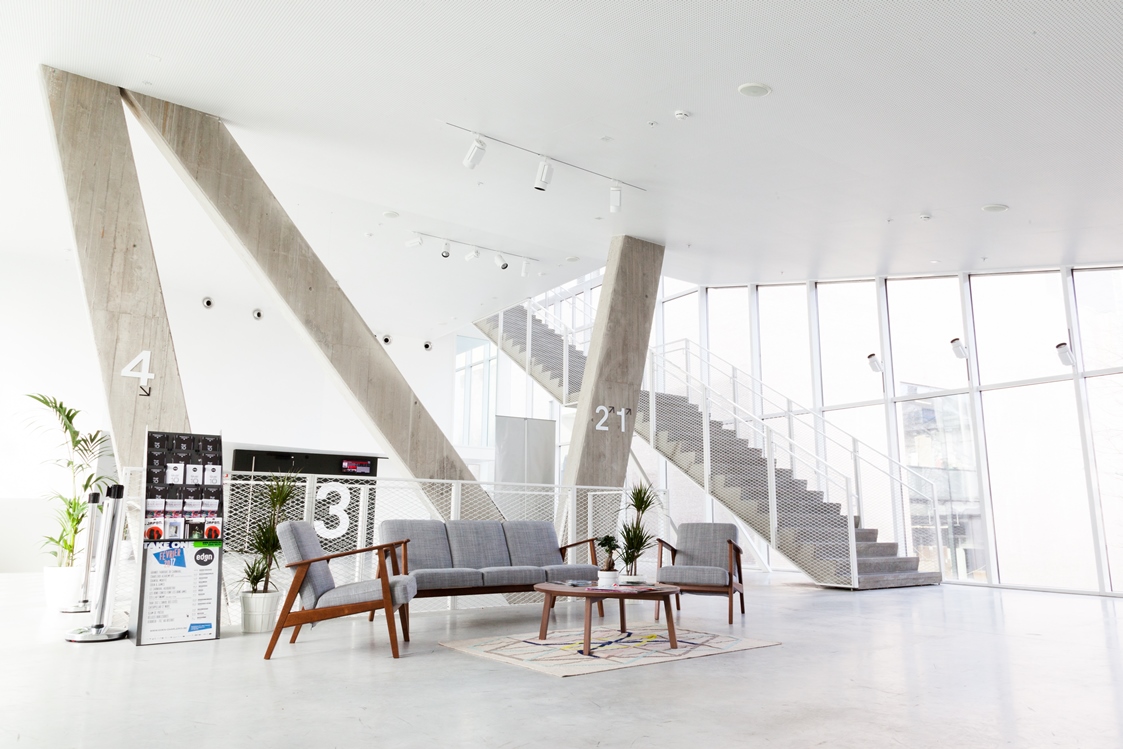