The PostModernissimo was brought about by the determination to create a community - to offer, alongside good movies, many different artistic projects. Live theatre, music and, most of all, an ongoing dialogue with its audiences. It has three movie halls, each with a different soul: the main space has 159 seats, the second one 54 and the “Terza Sala” can seat 30 people. 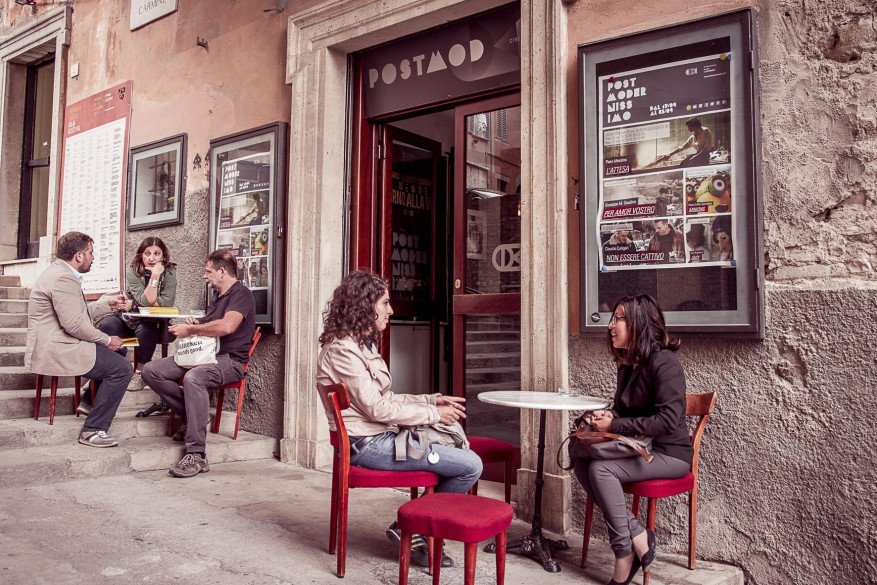 This is a place which is seen as a meeting point, featuring exhibition areas for visiting artists and a cafeteria where local and farm-to-fork products are served. Everyday a diverse crowd, from senior citizens to kids to college students to foreign tourists visit this movie theatre (where the vast majority of shows are in original version with subtitles). A special mention goes to the KinderKino project, dedicated to children and families.

Every Saturday morning is the CineMà morning, specifically thought to suit new mums’ needs — low volume, a space for buggies and a baby-changing table at their disposal. The PostModernissimo was founded in downtown Perugia, Umbria by the Anonima Impresa Sociale, a cooperative created by Giacomo Caldarelli, Andrea Frenguelli, Ivan Frenguelli and Andrea Mincigrucci, all media professionals and cinema lovers. The cooperative counts more than 60 economically and creatively contributing members. Since the premises were once home to the major arthouse cinema in town, which had been closed for 15 years, when these friends presented their project, they also actively contributed to redeveloping the historical district of Perugia. This could be why so many local people funded the project through a crowdfunding campaign and through the possibility of buying shares with a diffuse shareholding formula.

Crowdfunding & brand building: the heart of  a community cinema

The inhabitants of Perugia were fueled by a well-thought out, marketing-savvy call to action: “Does Perugia need a place like this?” was the question. If the answer was yes, you were immediately given the possibility of doing something yourself for the project. Anybody interested in taking part in the enterprise could just go and meet the founders at the temporary store there during the redevelopment work, discuss the project and contribute with their own suggestions.

We developed a dedicated brand for PostModernissimo, which is actually a “non-brand”. The concept is very simple: starting from 3 basic geometrical shapes (square, circle and triangle) and three colours (red and two shades of grey), we played with these three elements combining and mixing them up in order to get a coherent and flexible image: declining it in different ways, from graphic elements to a personalised font. The inspiration of Futurism has played a major role in our work. We decided not to create a single, definitive and unmodifiable brand, but rather to let all the graphic work follow our cultural and commercial activity. As such the brand needs to be open, evolving, almost fluid.

First and foremost, the PostModernissimo is built on an idea of social responsibility applying to culture. The real focus is on the audience, who can not only enjoy a tailor-made movie programme, but who is also actively and economically contributing to project.

The communication and creativity of our brand has been developed by an external agency which is nonetheless an integral part of the PostModernissimo project. The idea was to involve different authors at a national level, often with no links to the town, but still trying to keep in mind the core identity of PostModernissimo: a “community cinema” strongly integrated in its territory, yet open to external influences. We like to think of ourselves as a giraffe with its heart in the town and its head looking out to the whole of Italy and Europe.

Audience feedback on our brand-building campaign was quite simply enthusiastic. Already during our renovation period, when our only contact with people was through social media and our temporary store, our t-shirt and goodies sold out immediately! The impact of our brand on Perugia was very striking, in a couple of hours we reached over 1000 Facebook fans and this enthusiasm helped our crowdfunding campaign take off.  At the beginning our t-shirts and shopping bags with the PostMod logo were meant as rewards for the crowdfunding supporters, but in the following weeks the brand and the goodies spread throughout the whole region, boosting the visibility of our project. Since the very beginning, the crowdfunding campaign had a crucial role in the success of PostModernissimo and this has become true only thanks to the efforts of our collaborators who, on a voluntary basis, made their know-how and skills available for the service of the cinema.

Social media play a major role in marketing and promotional strategies, and every event gathers a small, passionate community. This means that it is easy for online users to feel like they are really part of a project, contributing with their opinions or simply getting in touch with people who share their interests. Interaction is fundamental. A case study could be made on Asif Kapadia's Amy: even though the PostModernissimo was not the only movie theatre in town to screen it, during the three days it was showed more than 600 people flooded in. Tickets for the premiere, featuring a themed happy hour and dj set, were sold out. 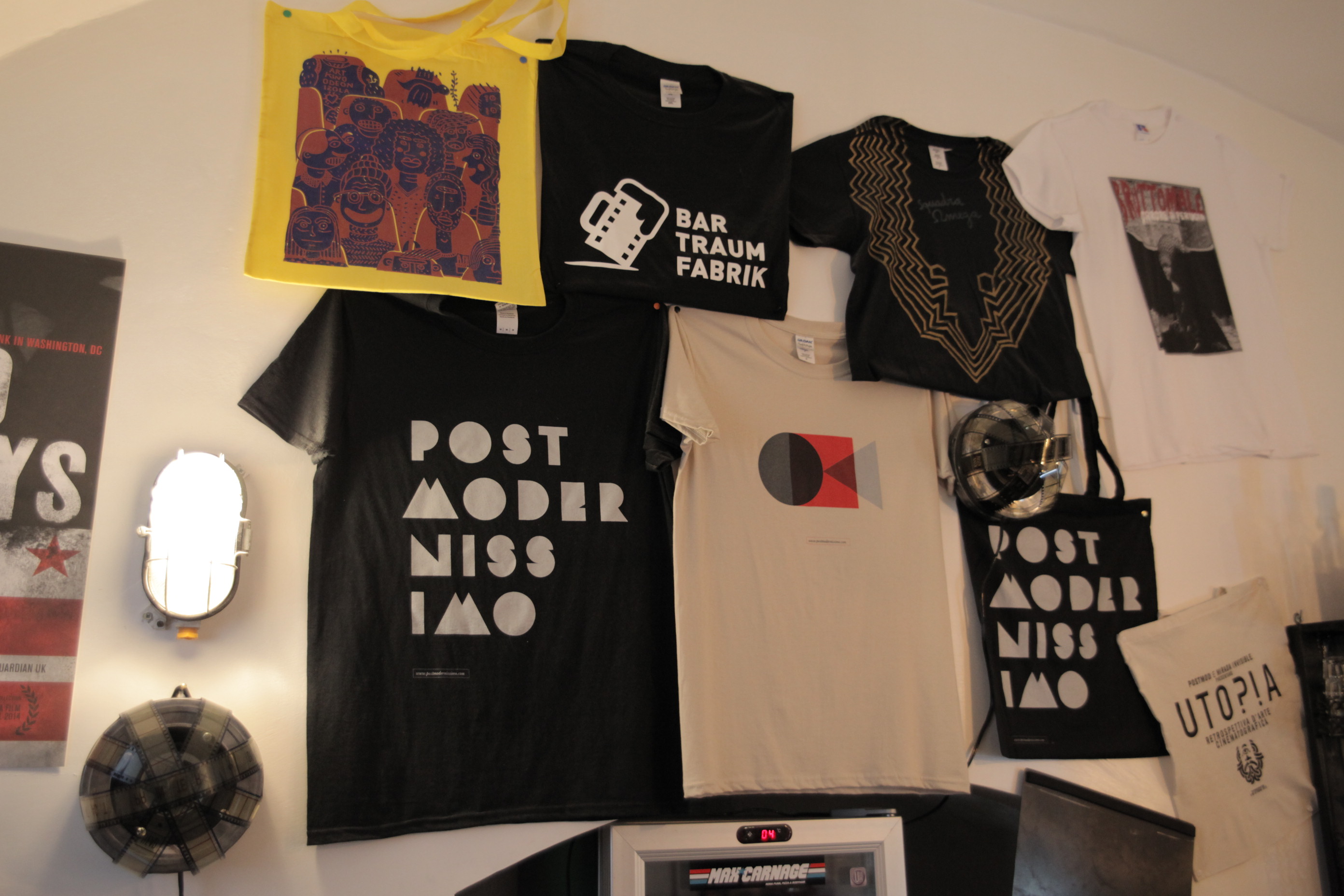