Year-round events and a wide network of collaborations 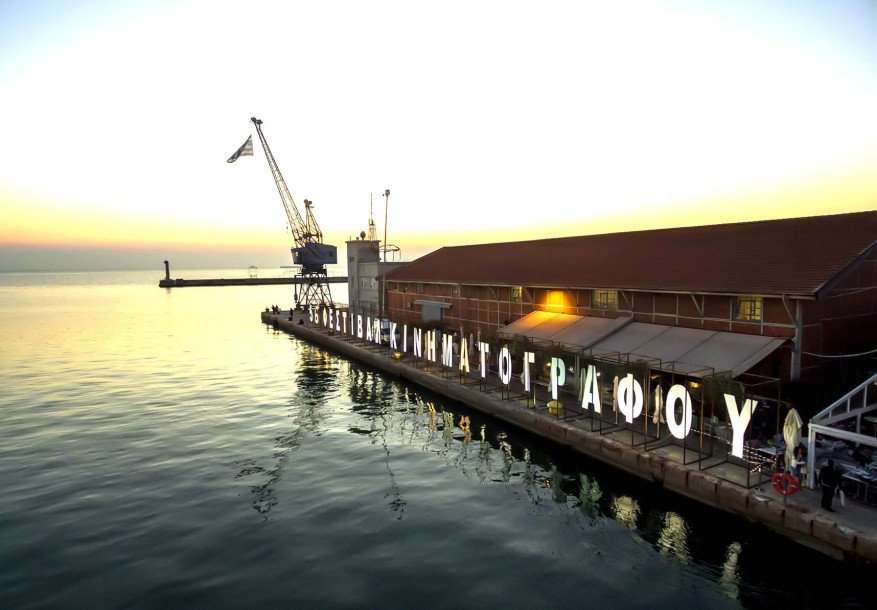 The season’s best films from all over the world, engaging tributes and exciting special events, all presented in a beautiful location by the sea, in a trademark historic building complex, filtered by our long-time expertise in cinema, and an authentic love for films: this is how we deliver fascinating cinematic experiences to audiences who visit any of our four theatres at the Thessaloniki Film Festival, in Northern Greece.

Theatre Omypion (cinemas Olympion and Pavlos Zannas) is located at Aristotelous Square, in the heart of Thessaloniki, while John Cassavetes and Stavros Tornes (Warehouse 1) are situated 200 metres further on, in the city’s Port pier, an area dedicated to culture. We are proud that all of our cinemas are part of the Europa Cinemas network.

The six-floor Olympion building complex houses the theatres Olympion (676 seats) and Pavlos Zannas (192 seats). It is a listed monument and one of the most iconic venues in Thessaloniki, designed in the 1950s by the French architect Jacques Mosset, and renovated in 1997 when Thessaloniki was the European Capital of Culture. It became the Festival’s headquarters in 1998. Since then, it has hosted the Thessaloniki International Film Festival every November, as well as the Thessaloniki Documentary Festival held every March. On an annual basis, Olympion hosts a wide variety of events, such as theatrical performances, workshops, conferences, concerts, book presentations, and more.

On the other hand, the Port theatre’s John Cassavetes and Stavros Tornes (Warehouse 1), established in 1999, each with 220 seats, are located by the sea and at a walking distance from the Olympion complex. Together, with our Port-based Cinema Museum (housed in an adjacent warehouse) and our Cinematheque, the festival’s theatres comprise a highly dynamic cinema-oriented cultural complex.

Always trying to be innovative and original, our goal is to think outside of the box and offer a diverse, quality programme using our festival experience, combined with a wide network of collaborations, sponsorships and partnerships with local, national and international organizations and institutions. We want to establish our theatres as a number one cinema hub, as well as a large attraction for thousands of international visitors who come to Thessaloniki every year.

Our strategy and initiatives intend to go beyond just the cinema experience by connecting cinema with social events, as well as other art forms

Our current challenges involve attracting a younger audience, building stronger relations with viewers, as well as renovating the Olympion theatre seating. Our strategy and initiatives intend to go beyond just the cinema experience by connecting cinema with social events, as well as other art forms; visual arts, literature, comics, photography, etc.
Some examples include an exhibition with original artworks inspired by the festival’s international competition; a book signing event that took place on the occasion of Frederick Wiseman’s Ex Libris: The New York Public Library screening during the 20th TDF; the “Justice and Cinema” conference with screenings and special guests such as filmmaker Costa Gavras, as well as a special screening of the film Love me if you Dare on Valentine’s Day. In the summer, we also organize free open-air screenings in the Thessaloniki Port, attended by more than 2,000 spectators, as well as open-air screenings on the fabulous terrace of the Thessaloniki Concert Hall.

2017 was a very productive year for TFF and its theatres, as we launched our new visual identity and a campaign to refresh the image of our theatres. We welcomed the Berlin-based digital festival re:publica for the first time in Thessaloniki. We also offered the audience the opportunity to watch international films by showcasing tributes to African, Chinese, French, Israeli, Iranian and Russian cinema. We celebrated International Museum Day, as well as the European Art Cinema Day with a one-day cinema marathon and a special tour of the Cinema Museum.

As we celebrated in 2017 twenty years since the Olympion joined the festival, we offered free admission to our venues to any twenty-year-old visitors for the entire year.

We wish to pass on our love for films to new generations of filmgoers. This is why we promote our educational programmes for children and teenagers, carried out by the Cinema Museum of Thessaloniki. We present a weekly “Kids Love Cinema” programme with films suitable for young viewers, of all ages. We also show various films through the festival lens’ “Youth Screen” and “Docs for Kids”, as well as having a Youth Jury award, presented by students of the Aristotle University of Thessaloniki during the festival.

We are grateful to our audience for sharing our enthusiasm and trusting us, despite the harsh reality of the times and contemporary crises

Some of the most successful European films we screened in 2017 were Ildikó Enyedi's ON BODY AND SOUL, Michael Haneke's HAPPY END, Andrey Zvyagintsev's LOVELESS and Aki Kaurismäki's THE OTHER SIDE OF HOPE. In 2018, we are increasing our theatres’ reach: we have already welcomed the 47th International Rotterdam Film Festival by presenting an IFFR Live event and we hosted the Greek premiere of Fatih Akin’s latest film, IN THE FADE, followed by a wonderful Q&A with the director via Skype, in a full house event that went viral. Another very successful event was the live broadcast of the Oscars Awards Ceremony, which took place at the packed Olympion theatre, complimented by a red carpet session and a DJ set.

We are proud that all these events take place in our theatres, despite the harsh reality of the times and contemporary crises. We are also grateful to our audience for sharing our enthusiasm and trusting our programme and events. Looking to the future, the challenges are many: maintaining what has already been established, while expanding in various ways and fulfilling our goals, always guided by our extensive experience and love for cinema.