In 1999, citizens in the town of Kolding needed a cinema for high quality art films. Able to fundraise, we established Film6000, a union comprised of volunteers and one employed manager.

Up until 2005, the cinema was situated in a modest location, by a bus station. Soon after, we had the opportunity to establish ourselves in a wonderful place in the heart of town: in the cultural complex Nicolai. In Nicolai, there is a space for kids, an art gallery, a concert venue and historical archive and, now, our cinema.

There was once a school on the premises, and its former yard has been transformed into a beautiful and spacious locale. It boasts facilities for playing games, and hosts outdoor concerts, with a terrace for enjoying fine wine and food from an Italian restaurant.

The cinema is in the same building as the restaurant with movies shown on both the ground and first floors.

Every weekend across two of the summer months we hold free screenings on our terrace. The Italian restaurant sells coffee and drinks and we hand out blankets, for everyone’s comfort.

One thing the entire town looks forward each year is our “Outdoor Cinema”. Every weekend across two of the summer months we hold free screenings on our terrace. The Italian restaurant sells coffee and drinks and we hand out blankets, for everyone’s comfort. Students, especially, enjoy this event.

The aim for the Cinema Nicolai has, from the very beginning, been to provide people with art films otherwise inaccessible in the region. Presently, we have 113 volunteers working in programming, operations, administration, PR and communications, event planning, selling tickets and logistics.

Over the past few years, we have increased our focus on events including regular Q&As, a film festival for amateur, young talent and a Halloween and Oscars event.

Arlette Andersen, the only Auschwitz survivor in Denmark, appeared in our cinema to great the audience and to answer questions after the screening of the film Thomas Kvist made about her

Arlette lives in a nearby town, and even though she is ninety-three-years-old, she appeared in our cinema. Everyone agreed this was a moving experience, quite extraordinary, and the film about Arlette has sold an enormous number of tickets: it was only ever surpassed by the French movie INTOUCHABLES by Olivier Nakache and Eric Toledano. 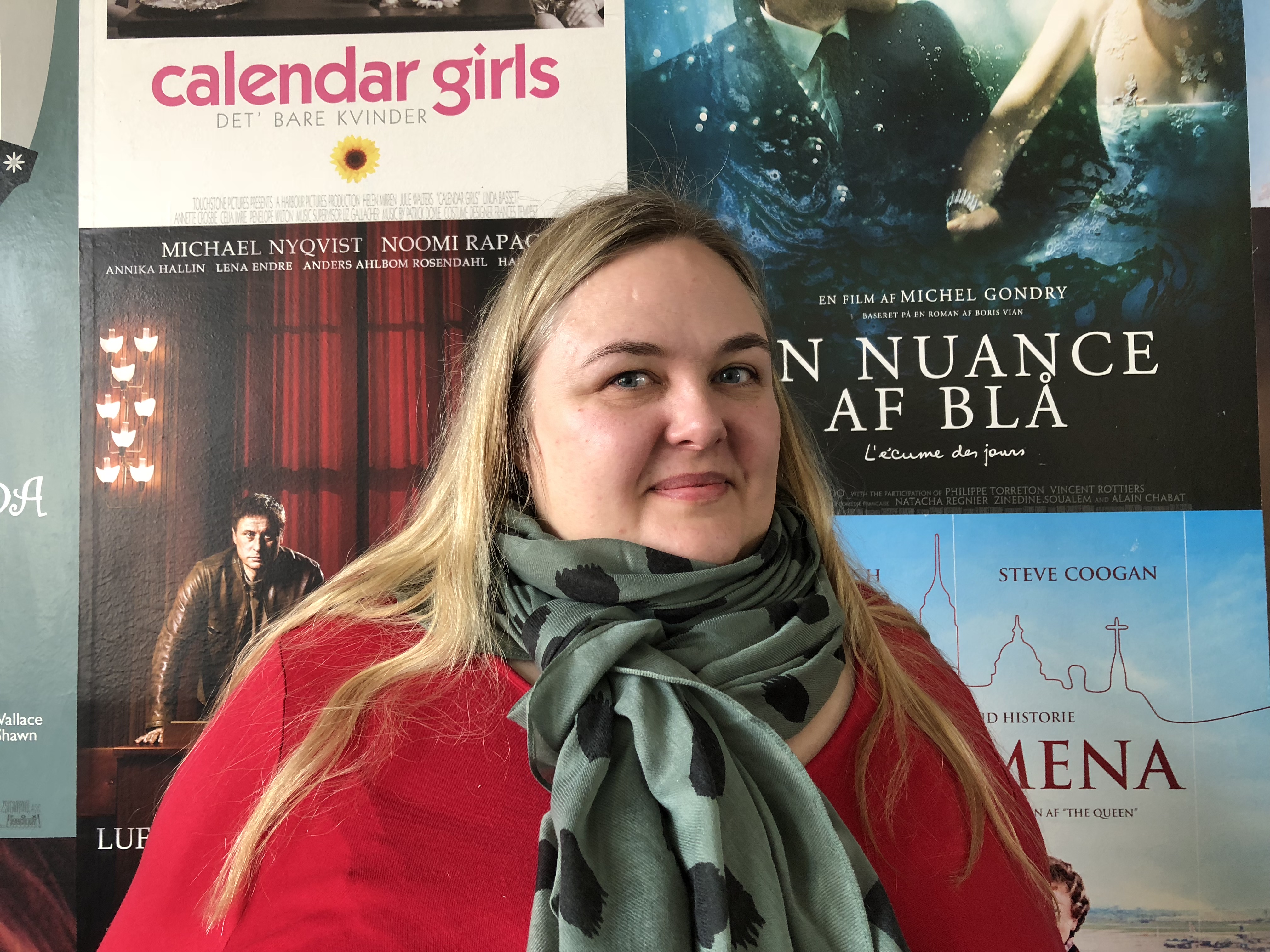 Many of our regulars are within the fifty-seventy-year-old demographic, but we do make an effort to attract other age groups as well. Among our volunteers, we have a number of students who are active in staging events for young audiences. One of the more curious events we organised was a cool and somewhat ironic “Hobbyhorse – event”. We put a mini obstacle course in our yard and helped visitors make their own fancy hobbyhorse on which they made their way around the course. This was judged and awarded according to their performance. Of course, the event was accompanied by a screening of the Finnish film HOBBYHORSE REVOLUTION by Selma Vilhunen.

Our Halloween event also attracted a young audience. We decorated the entire venue with spider nets, pumpkins, plastic skeletons and the like and served Halloween candy and “poisonous drinks” in fluorescent green and red. We offered three different horror movies to a large audience.

At weekends, we attract families who brunch at the restaurant. While the parents relax and enjoy good food and coffee, the cinema shows nonstop movies for kids.

We also aim to be a cinema for kids. During office hours, we invite schools and kindergartens to visit. Every year, we hold the Salaam Filmfestival for kids of all ages. Last year, a popular film at this festival was the Brazilian film WAY OF GIANTS by Alois Di Leo. The film follows six-year-old Oquirá, who lives in the jungle. The kids where fascinated that by the notion that their peers might have a life so very different from theirs, here in Denmark.

At weekends, we attract families who brunch at the restaurant. While the parents relax and enjoy good food and coffee, the cinema shows nonstop movies for kids. We welcome them to move back and forth between the restaurant and the movie theatre.

The town of Kolding is in the Western part of Denmark, 250 km from Copenhagen. Cinephiles of Kolding have always been a little jealous of those in Copenhagen, because they have the Cinematheque, with access to as many classics as they wish. But, in recent years, we have collaborated with the Cinematheque to organise a regular cinephile event, “Presented by the Cinematheque in Nicolai”. This enables us to show ten classic movies from the Cinematheque. For every classic film, the restaurant serves a specially themed drink suitable, for example, a Bloody Mary for Carl Th. Dreyer’s VAMPIRE.

In an era where cinemas face many challenges including competition from Netflix, HBO and similar competitors, and we would be lying if we said that we have a full house every night. We are still far from that. But our visitors are happy and supportive, and we are so proud that we are able to run a cinema good enough to benefit from the Europa Cinemas membership in the Danish town of Kolding.