Over the last 12 months, our most successful European films were Mustang by Deniz Gamze Ergüven, Mia Madre by Nanni Moretti and La isla minima by Alberto Rodríguez. The latter was our biggest surprise, one those miracles for a great film released in the quiet of the summer! It made our summer. 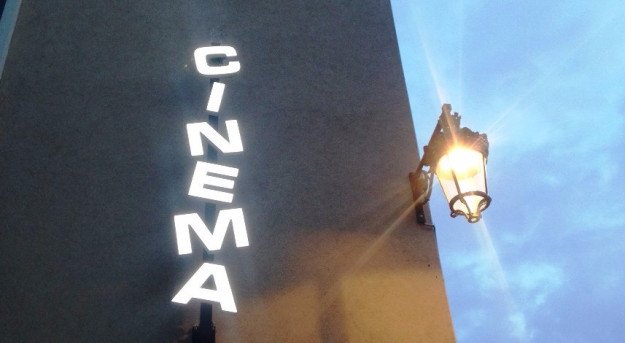 “Les Carmes” is THE independent arthouse theatre of Orléans. It is “Art et Essai”, a member of the Europa Cinemas network, and is qualified as ‘Recherche/ Découverte’ (discovery and research), ‘Patrimoine/Répertoire’ (heritage films) and ‘Jeune Public’ (young audience), which means that the cinema screens a quantity of films aimed at young audiences, as well as, heritage and ambitious content to qualify for such labels.

The “Art et Essai” qualification with almost 98% of “recommended” films is some form of reward for the work our theatre does around the films we screen. It is also symbolic of a different way of showing films. We believe watching films is as much a cultural activity as it is entertainment.

But it is also a business and in 2015 we had gross receipts of more than 620,000€ for over 130,000 spectators, which represents a 5% increase on 2014. Over the last 12 months, our most successful European films were MUSTANG by Deniz Gamze Ergüven, MIA MADRE by Nanni Moretti and LA ISLA MINIMA by Alberto Rodríguez. The latter was our biggest surprise, one those miracles for a great film released in the quiet of the summer! It made our summer.

One of the specificities of Les Carmes is that it is coowned in part by the people who work there. We bought the theatre in 2013 and, like most arthouse cinemas in France, their was an image issue. Many French viewers seem to consider that arthouse theatres are meant for older audiences, and show boring films in uncomfortable seats. Meanwhile chain theatres and multiplexes have started widening their selection of films from mainstream to include more selective and auteur films. The positive aspect is that they contribute to making some auteurs more mainstream (or is it the opposite?) but, at the same time, they marginalize the arthouse theatres and make access to those films less exclusive, if not impossible for some, in certain cities.

Hence, to change our image, we quickly decided to change the sitting in our three auditoriums and renew the design of the theatre. As we couldn’t afford to close – if we didn’t want the audience to flee and start going to the 27 Pathé screens within Orléans and its suburbs – we did one screen at the time over the summer, while showing Winter Sleep. We also diversified our choice of films. Soon, our editorial choices became coherent and the audience started to grow, making the access to films easier.

Still, the countrywide “4€ ticket for under 14 yearolds” project was a serious challenge for us in building a strategy to re-entice younger audiences: chain theatres became even more attractive as they suddenly seemed less expensive. So we lowered our prices to 3,50€, and it proved successful with very young audiences and kids under 12 accompanied by their parents. But we still missed the teenage audience.

We identified two problems: this audience tends to think cinema tickets are expensive and films we show have less marketing power behind them. Regarding pricing, it is ironic to think that arthouse theatres in France are considered expensive when we often have a lower ticket price than chain theatres. And we actually spend and invest more in the release of each film we show than chain theatres who often charge distributors for trailers and posters… Regarding the marketing issue, it soon became apparent that we had to do our own advertising and marketing. Therefore we decided to organize a festival aimed at teenagers and pre-teens, which would give us the opportunity to target that specific audience and advertise a series of films. The challenge being not to alienate our “older” and loyal customers.

Rejuvenating the image of arthouse theatres

We put it together for the beginning of 2016 and called it “New Waves, the 12-25 festival and more”. Rather than going for the usual mainstream teenage films, we selected auteur and genre films because we still think one of our missions is to provoke curiosity. We do think that films like Mustang, Girlhood (Bande de Filles), Marshland (La isla minima), Blue Ruin, Green Room, Midnight Special can and should please a younger audience but that the films are not being marketed for them. Most of teenagers don’t even know that these films exist, and part of our job is to inform them, let them know that there is another type of cinema other than X-Men and Avengers!

Although we had a difficult start, we managed to double the percentage of our teenage audiences during the festival. The biggest hit being… Blade Runner! And we look forward to renewing the experience next year, but also in finding new ways to renew and develop our audiences and enhance the film experience.