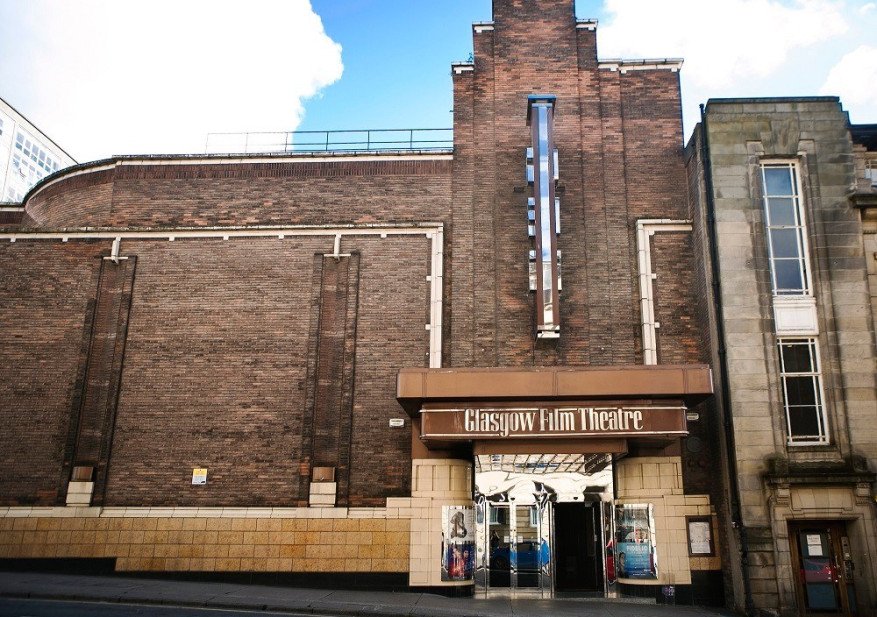 Glasgow Film Theatre began as a single screen cinema in 1974, reinvigorating the site of Scotland’s first purpose built art-house cinema outside London, the Cosmo, which was opened in 1939 in Glasgow’s city centre. Over 40 years on, and now with three dedicated screens, GFT has become Scotland’s most diverse and best publicly attended independent cinema in Scotland, as well as being the hub for Glasgow Film Festival, one of the top film festivals in the UK. Today Glasgow Film is a national centre for film and moving image media, with unique and quality programmes that transform the way people see the world, through film.

We offer something for all lovers of great cinema, combining the latest arthouse releases with screenings of celebrated classics and long lost cinematic gems. We are fully equipped to show digital cinema, 70mm, 35mm and even 16mm. The programmers highly value audience engagement, and offer this through guest Q&As, expert introductions, short courses, discussion groups and programme notes. Several strands of programming run throughout the year, including a focus on film and music, and artists’ moving image. ‘CineMasters’, a recent addition to the year-round programme, gives audiences the opportunity to engage with an established filmmaker’s oeuvre through a retrospective of their work.

So far, this strand has focused on a variety of filmmakers including Aki Kaurismäki, Jean-Pierre Melville and Claire Denis. We constantly look for ways to diversify and reach new audiences, and frequently work with partners from across Glasgow, Scotland and the rest of the UK to add new perspectives to our programme.

We want to reinvigorate how we cater for our ageing audiences

In 2017 we added a fresh element to our expanding public engagement commitment in the form of Movie Memories: an innovative dementia friendly film programme presenting classic or contemporary film screenings alongside multi-arts entertainment in a safe and social environment. By taking time to understand our audiences better via a robust R&D process, we wanted to reinvigorate how we cater for our ageing audiences by providing exciting and immersive film experiences, which are as much about cherishing the past as celebrating the present. After successfully receiving three years of funding from Life Changes Trust, we designed a vibrant programme focusing on film, community and dementia.

Since our launch event in October 2017 we have attracted just under 400 people to Movie Memories events. Welcoming and entertaining large numbers of both older and younger people via the diversity of the programming has been a surprising outcome. A major strength of the strand and its popularity persists as audiences, no matter their age or needs, delight in making new connections with cinema.

Rather than trying to reinvent the wheel ourselves, we decided to pursue a partnership with an established VOD platform

We made a key addition to our membership offer in 2017, with great results. We had been looking for a way to revitalise our VOD offer, as our own GFT Player platform was limited and lacking resource. Rather than trying to reinvent the wheel ourselves, we decided to pursue a partnership with an established platform. That thought led us to MUBI, who excel at curating a unique, diverse and challenging programme of essential cinema online, just as we aspire to at GFT. Together we came up with a partnership whereby GFT CineCard holders get a year of MUBI as part of their membership, and we promote MUBI’s programme on our cinema screens throughout the year. It’s a bold offer that is bearing tremendous fruit; CineCard uptake has spiked significantly, and the feedback from the GFT audience is hugely positive. Added to this, MUBI’s prioritisation of European titles means that our CineCard audience is immediately exposed to an even wider spread of diverse, independent cinema.

The four most successful European films during 2017 at GFT were THE DEATH OF STALIN, ELLE, TONI ERDMANN and A MAN CALLED OVE. GFT screened over 660 titles across our three screens and 310 were European titles.

One thing we are incredibly proud of about GFT is the sense of community the cinema engenders in our diverse audience. As a regular attender recently tweeted,

“For me, the @glasgowfilm just feels like my heart of cinema. It feels like a community that's bonded by a shared love, and the cinema knows it, and always has an amazing programme and special events.”

One of our future challenges is to ensure the supply of European films to UK cinemas and that we continue to create the demand and hunger for these films from our audiences and enable our growing younger audiences to experience these films. We have introduced a 15-25 Card which enables holders to see all films at half price and we have seen this encouraging those audiences to take a chance to see a wider variety of films.

GFT is proud to have been a member of Europa Cinemas since 1993 and we will continue to screen and champion great European cinema through these challenging times.