Cinemazero Cultural Association was founded in 1978. Its initial project was the organization of its first great and complete retrospective on Pier Paolo Pasolini, who had passed away a few years earlier. There was also an exhibition of Pasolini’s original drawings, sketches and pictures, and the book Il cinema in forma di poesia (Cinema as Poetry) was released. It was the perfect beginning for a path that would develop into the three characteristics of Cinemazero: cinema, pictures/images and book publishing. 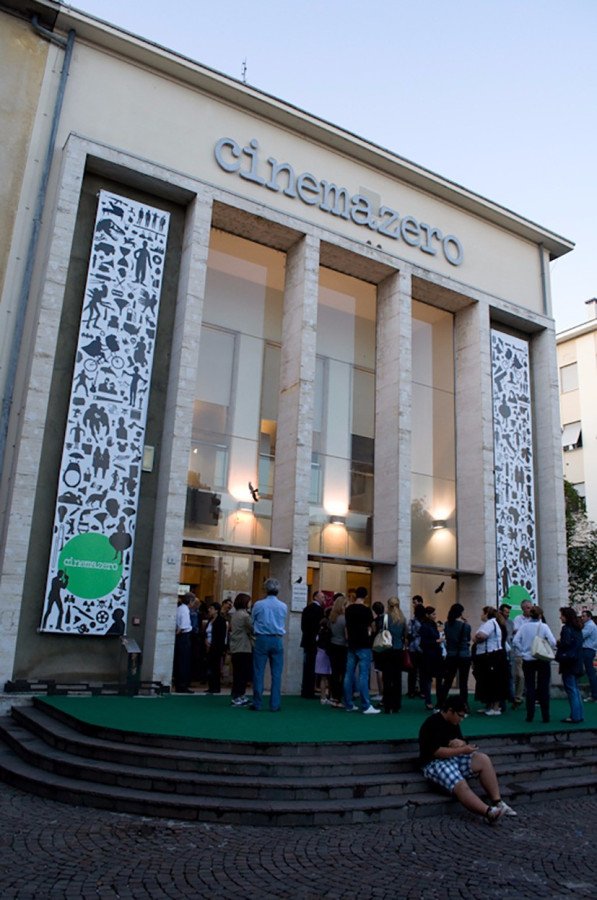 In 1982, Cinemazero co-founded with the Cineteca del Friuli “Le Giornate del Cinema Muto” (Pordenone Silent Film Festival), an event that was going to become one of the most famous international meetings for scholars, film critics and journalists, fully devoted to early cinema. After a few months, Cinemazero moved to the assembly hall in Pordenone’s gymnasium, which, today, operates as the headquarters for the film theatre (three screens, more than 400 seats), welcoming more than 100,000 people every year, with particular attention given to quality programming and special guests, including successful international directors (last year’s major guests featured: Nanni Moretti, Abel Ferrara and Giuseppe Tornatore).

Cinemazero Cultural Association acquired a huge photographic and video archive over the years, featuring materials on Pasolini, Tina Modotti and other photographers, allowing us today to organize many exhibitions in Italy and all around the world. Some of the material coming from this patrimony is used to shoot different documentaries, such as one focusing on Federico Fellini and another on Pasolini’s last movie SALO, both presented at the Cannes and Venice Film Festivals. Also noteworthy is the kermesse “Le voci dell’Inchiesta” (The voices of investigative journalism), on the “cinema du reel”, that, together with FMK International Short Film Festival, are the festivals organised by Cinemazero completely devoted to low budget independent filmmaking. Cinemazero and the Centro Espressioni Cinematografiche recently founded the distribution company Tucker Film, a pioneering distributor of East Asian filmmaking.

Involving loyal viewers while reaching out to the “audience-to-be”

Cinemazero is the only arthouse cinema in Pordenone and it represents not only a site of exceptional cultural activity and promotion, but also and above all an opportunity for aggregation and socialisation for the entire city.

The Young Club, as the name suggests, is an exclusive initiative for young people aged 15 to 25 years, all united in devoting their passion to the cinema and willing to discover and improve their abilities in organizing cinematographic events and in producing high quality content connected to the cinema world. For this reason, Cinemazero Young Club is a real “training ground” where youth involved can compare their film knowledge, further their passion and grow professionally. Cinemazero offers its know-how, follow-up, practical suggestion and the opportunity to participate in international festivals, along with technical equipment for those who want to shoot their first movie and acting lessons (thanks to the cooperation with the theatre association 99MQ). The only rule at the Club is that there are no rules, meaning that the principal characteristic of the group is self- management, because only the youth know best what they desire! The first year of Young Club’s life consisted of weekly meetings and focus groups, training projects and labs held by Cinemazero professionals. The results were astonishing to say the least, with film marathons and reviews, demonstrating that young members improved in targeting and communicating with people and in knowing how to satisfy their cultural requests. In 2016, Cinemazero Young Club’s second year, the group is already working towards and organizing new film marathons, producing a short movie and shooting film reviews and interviews with directors and guests during Cinemazero’s events.

Our end result: young people, young people and more young people! But Cinemazero’s purpose is not only to address a young audience. The real challenge for the Association is in creating an “ensemble”, bypassing people’s ages and “categories” to accommodate everyone’s passion, which is the wonderful, boundless evenings – more than 100 every year, organized in collaboration with local cultural associations – and to its fair price policy, always attentive to the most vulnerable sections of the local population.

Approaching its 40th birthday, Cinemazero is still facing multiple challenges with many ideas and much enthusiasm. The association needs some renewal, not only from a technological point of view, but especially from an audience perspective, without losing its original spirit and the trust that the already loyal audience has granted Cinemazero. To save this “double soul” representing the biggest wealth for the association, Cinemazero needs to work on a two-way process: first of all, we have to appreciate and involve more of our “loyal audience” (more than 6,000 people own a Cinemazero Card) and, secondly, we need to get the interest and curiosity of the “audience-to-be”. It’s this last sector of the audience that Cinemazero has focused the majority of its efforts on recently. We created a special project, titled Young Club, which was a unique initiative at a national level that launched in world of cinema.