Cinema Paradiso’s cinematic dream began more than 20 years ago. We wanted to present Giuseppe Tornatore’s film, which had been removed from the billboards after only two weeks, to the largest audience possible. 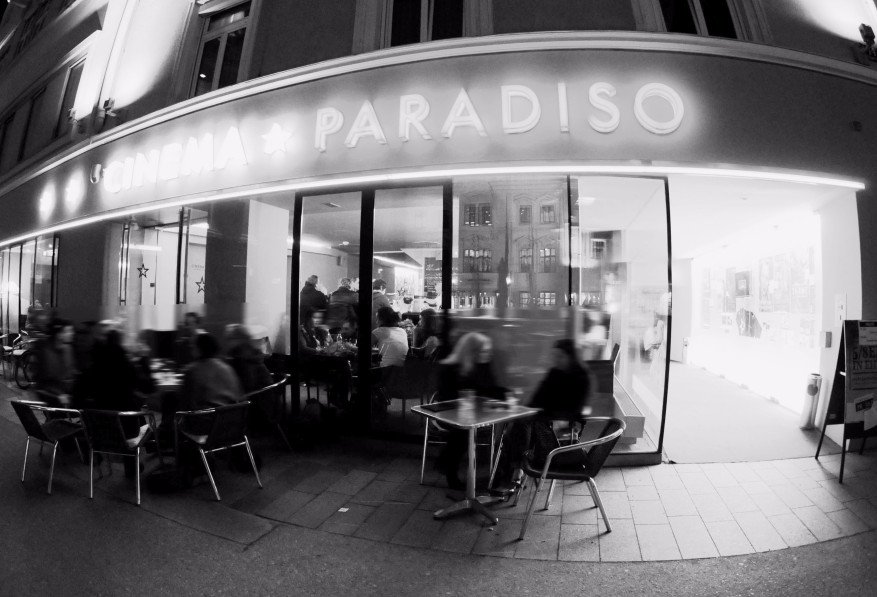 In four days, more than 10,000 people attended the first “Open Air Film Festival FILM AM DOM” in St. Pölten’s cathedral square to enjoy the fruits of European cinema. Scarcely conceivable for a little town in the countryside. And so began our tale of success. For years, with the support of local people, we strove towards running an independent arthouse cinema.

Our quest was concluded in 2002. Taking over a disused cinema in the town centre, we opened the brand-new “Cinema Paradiso”: the first theatre with 120 seats and a classic design; the second one is more a ‘tavern-theatre’ with 65 cosy café seats and tables. We had managed to realise our unique cinematographic concept “More than just cinema”: an arthouse cinema where, alongside the daily offering of films, more than 100 events, concerts, readings yearly have graced our stage. A place where the different art forms can meet and take inspiration from one another.

In 2006, Cinema Paradiso St. Pölten was given the Europa Cinemas Young Audience Activities Award for its endeavours to thrill young audiences with the cinematic art form. To be handed the prize by Jeanne Moreau and Costa Gavras remains one of the most unforgettable acmes in our history.

The success of Cinema Paradiso St. Pölten was unexpectedly large, and the admissions continued to rise steadily. In December 2011 we built an extension to the cinema and opened the multi-purpose third theatre – a fully-fledged film theatre with 90 seats and a soundproof events room with space for an additional 200 people standing. In 2014, Cinema Paradiso St. Pölten was able to welcome a further 75,000 visitors to more than 3,500 screenings of more than 250 films.

In the summer we organise the large festival “Cinema Paradiso Open Air at the Town Hall”, directly in front of the cinema on the baroque main square. 400 seats and additional stands offer a cinematic experience under the stars, including premieres of new films and revisiting the most popular films.

At the end of 2012, the Beethoven Cinema, the very last film theatre in the small town of Baden, shut its doors permanently after 88 years. The local people fought the closure of this cinematic and architectural masterpiece. We were asked whether we could get involved in Baden. Attempting to establish a cinema as a regional centre of film and culture is no small task, but it worked.

We managed to save the last cinema in the region between Vienna and Wiener Neustadt and, after a long period of renovation, re-opened it as “Cinema Paradiso Baden”. The cinema, boasting two theatres, is found in a charming side street in the small pedestrian area in Baden. A large chandelier hangs from the high ceiling in the hall and a bust of Beethoven looks down over the auditorium. The cinema was completely renovated whilst simultaneously retaining the unique charm of the old film theatre. In November 2015, Cinema Paradiso Baden will celebrate its second birthday, with a record that far exceeded any expectations. 2014 saw the sale of a further 65,000 tickets for more than 2,300 screenings of more than 200 films. In addition, 50 live events took place.

Just as in St. Pölten, we managed to successfully establish a cinema in Baden as centre of film and culture in the heart of a small town in rural surroundings. The resounding message that they tell us is “finally we can experience special films, European cinema and high-quality live shows in our own town without having to get to Vienna.” We show daily European cinema, films from around the globe and family comedies, whilst also bringing filmmakers and experts on stage.

Several times a year there are special themes in our programming, such as the “Mountain Film Festival”, “The long day of escape” in cooperation with UNHCR or the “Climate film days”. Furthermore, there are regular live events such as concerts, readings and DJ sets. Young regional artists can meet stars from the national and international scene. We continue to work with NGOs, clubs and educational institutions, which gain a platform to present themselves and intervene in film discussions.

As a result, Cinema Paradiso St. Pölten and Cinema Paradiso Baden have established themselves as cultural centres of the region and eminent economic forces in their respective town centres. They are the meeting point for film buffs, music lovers, night owls, children, families, elderly people, schoolchildren and students. Cinema Paradiso is a place that breaks down generational boundaries and those created by distinct cultural interests.

Through Cinema Paradiso St. Pölten and Cinema Paradiso Baden we managed to bring Giuseppe Tornatore’s vision from his legendary film CINEMA PARADISO to life: to put the magic of cinema back into the places and towns where it has died out. We live this dream every day, because the magic of moving images on the big screen, and the intensity of shared experience will never vanish. 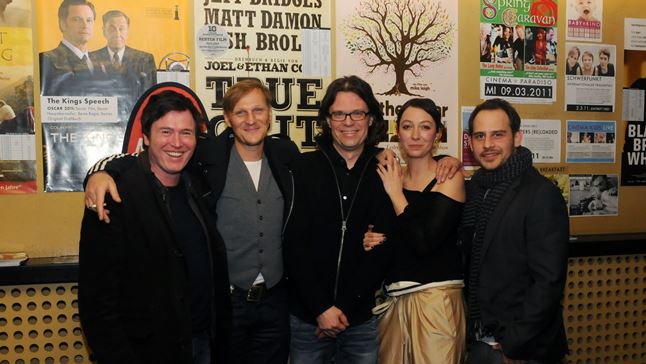