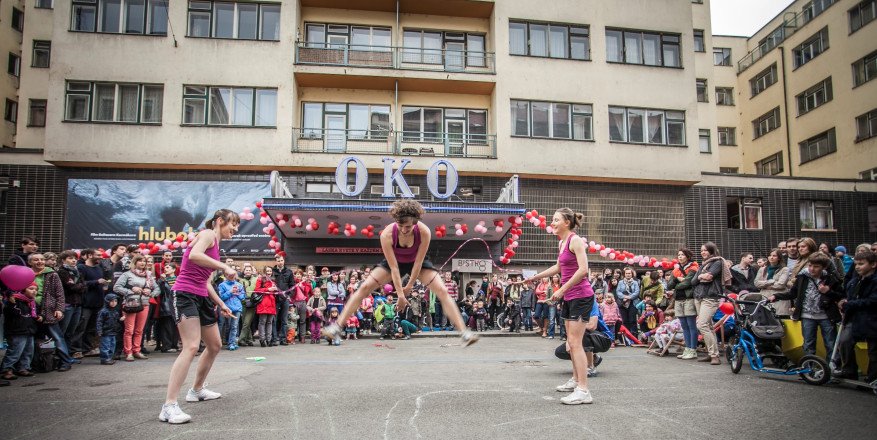 Bio Oko was built in the 1930s, in the basement of a functionalist block of flats, in a lively Prague quarter called Letná. The neighborhood is still one of Prague’s busiest but residential area, with many bars and bistros open until late. Many creative professionals (designers, film producers, photographers etc.) found their ateliers and offices here, and the State Cinema Fund sits nearby, too. Prague’s biggest park, Stromovka, is just around the corner.

It’s important to understand the profile of the cinema’s surroundings and the needs of the neighborhood as these form the foundation on which Bio Oko built its strategy and mission. Our goal is simple: to serve as the meeting and cultural point for the local neighborhood but, at the same time, to cross the borders and limits of the neighborhood and be clearly visible to the entire city of Prague. That is done by bringing unique content and programming to the cinema, attracting audiences from other areas of Prague, too.

This would only be lip service if not accompanied by perfect execution – not just in keeping up with high screening standards, but also in offering ease in access to buying tickets, serving food and beverages in the cinema bar (good quality of beer, of course), active communication on Facebook, Twitter and Instagram, to name just the most important of our social media channels. And, on top of that, we need to add something extra – for example, for many years Bio Oko was the only cinema where you could watch a film from a Trabant car parked in the screening hall! This, until the Trabant literally fell apart, and became dangerous, was a unique features.

Bio Oko is the only cinema in Prague [and in Europe?] in which the projectionist welcomes the audience before the screening from the cinema screen, via a live stream from the projection booth

Several programme formats found their home in Bio Oko that are not present in any other cinema in Prague, for example AppParade nights, focused on the latest mobile phone applications, and regular iShorts evenings, showcasing short films on the big screen. One could find film festivals in the Bio Oko line-up that are not found elsewhere in the city – focusing on Polish or Brazilian cinema, for example, just to name two of many. Oko managers developed a strong bond with sci-fi movies when they were growing up, and therefore Oko never misses the opportunity to place a sci-fi film or event.

Bio Oko tested its audience’s devotion to the cinema through a crowdfunding campaign, in January 2017

In January 2017, we planned a full retrospective of Hayao Miyazaki films and, as the total costs for the retrospective were high, we tried to eliminate the risk by involving the audience in a crowdfunding campaign. Participants could pre-purchase their tickets, merchandise and special goodies (collector posters, etc.) by contributing to cover the screening fees. It was a huge success, well-targeted, and it not only helped cover the overall costs but also generated promotion as a free side effect.

In the summer of 2017, Bio Oko extended its activities and participated in the management of a local, summer open-air cinema. This was a very valuable experience. Our first time involvement in a project that functions on slightly different principles than a traditional theatre – the pricing policy, programme, even a small, local bar require a different approach –  was a lesson learnt and a new experience, even though the project did not perform according to our expectations.

In 2017, Bio Oko registered over 94,000 admissions. This is slightly fewer than in 2016 and the number corresponds to general trends of the Czech market over these two years. It seems that admissions over ninety-thousand represent the long-term potential of Bio Oko. It took several years of small increases to get to this level and, we are now entering a period where it will be essential to keep this level buoyant. 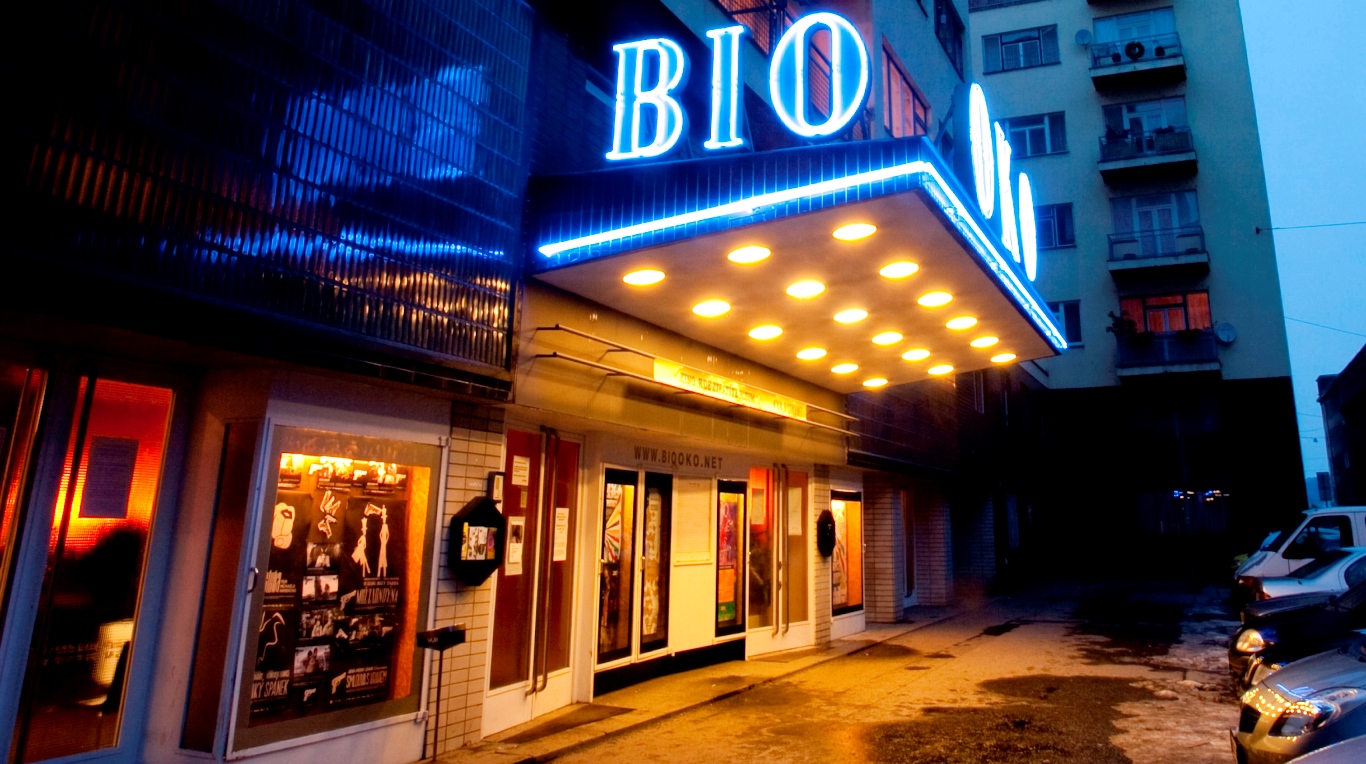 The most successful European title in 2017 was the Italian film, PERFECT STRANGERS by Paolo Genovese with some 2,551 admissions, followed by T2 TRAINSPOTTING by Danny Boyle (1,847 admissions) and LE SENS DE LA FETE by Éric Toledano and Olivier Nakache (1,765 admissions). Of course, national films reach even better numbers, with Jan Svěrák’s PO STRNISTI BOS winning at 2,611 admissions. Among the top ten titles for us in 2017, we have two national films, three European non-national titles and five US titles.

Thinking about our future developments, the biggest challenge – or rather an urgent need - ahead of us is the reconstruction of the auditorium. Since Bio Oko is a municipal property that we rent, we need to coordinate this investment with the town-hall. The terms of the reconstruction are not set yet, due to formal requirements, as well as an insecurity about when the reconstruction might take place, which has harmful consequences for the cinema, as we cannot programme for the longer-term. That relates, to more expensive content such as the live transmissions of opera shows, which are programmed in seasons. So, if there’s anything we are really looking forward to in the future, it’s the day when we open our newly reconstructed cinema. And we hope this happens soon!