A modern cinema with over one hundred years of history 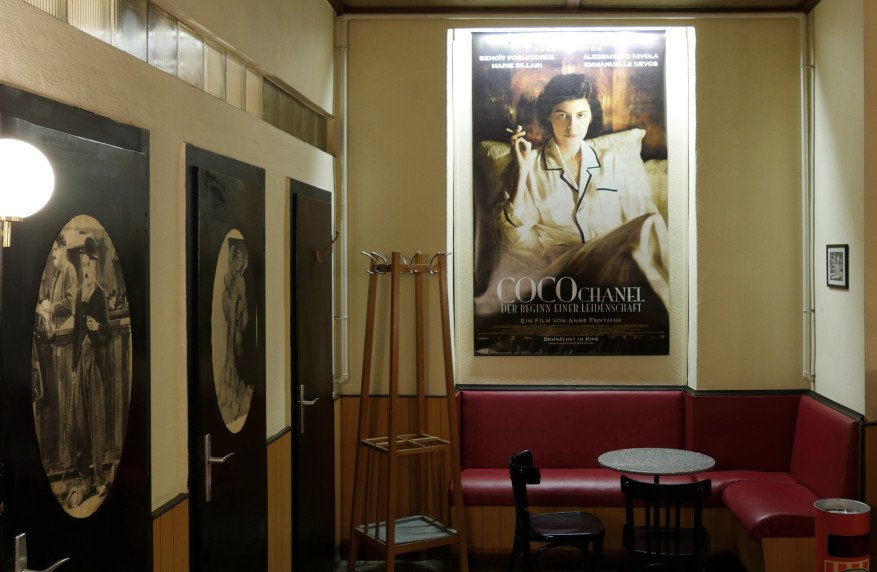 Admiral Kino, in Vienna, was opened in 1913, during a booming time for cinemas: between 1911 and 1914 no fewer than 102 theatres opened in Vienna, the capital of the K.K. monarchy. The twenty-meter-long auditorium, with more than 280 wooden seats, was well located near the very new “Stadtbahn”, a railway that, at that time, was newly built by the famous Fin de Siècle architect, Otto Wagner. In 1931, it switched to talkies and, to this day, its original structural form has been preserved. Today, Admiral Kino is a small retro cinema that survived the big cinema closedown. In the 1970s and 80's it served the student scene with political and socio-critical films and, despite the invasion of new, big multiplex cinemas in the 90's, as if by a miracle, it persisted.

In the 70's and 80's, the cinema served the student scene with political and socio-critical films

Over the decades, there were many committed Admiral Kino exhibitors, but very little is known about them. The first owner was Emilie Sperl, from 1913 to 1917; in 1925 came Anna Maria Blandine Rosenzweig; and from 1926, the Ebner Family began development of the cinema.

Margarethe Ebner ran the cinema from 1932 to 1938, until she was expropriated during the “Anschluss” by Nazi Germany and had to flee Austria. After World War II, she fought for the restitution of her cinema, but did not return. In the early 1980s, Erich Hemmelmayer took over Admiral Kino and led it for almost 30 years until he gave it up in 2007, owing to decreasing revenue. In December of the same year, Michaela Englert, a newcomer with a large portion of naïve élan, acquired the cinema, which was very run-down at that time. In March 2008, the newly accomplished projectionist Andreas Weiss joined her, bringing passion and patience. In the course of the following years, both of them renewed the entire theatre’s equipment, including the screen and projection system: the sound system, the analogue projectors and, as a major investment, digital projection in 2012. In 2017, due to its successful box office performance, the auditorium was carefully renovated and a new retro-look seating was installed. 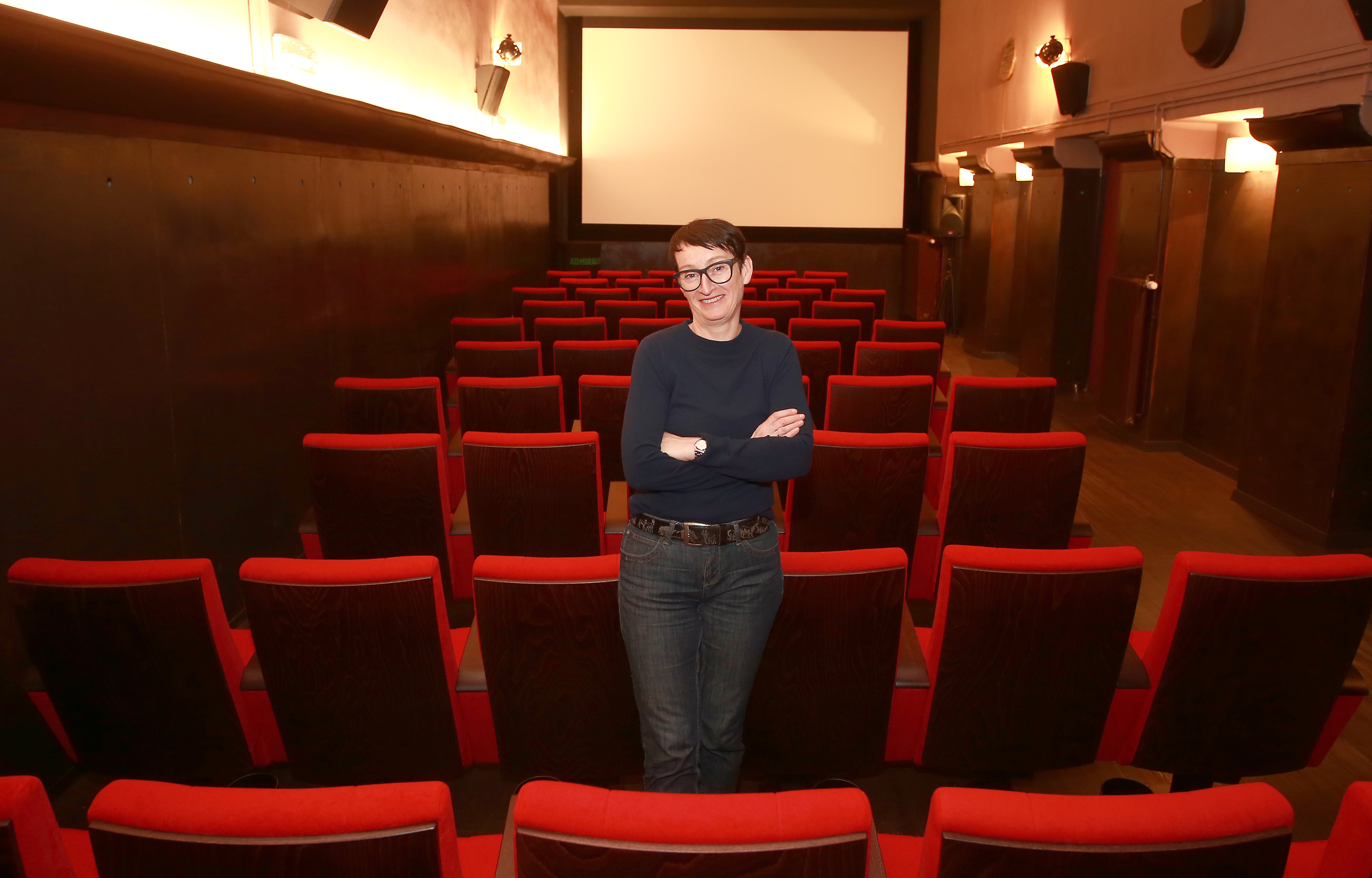 Today, the so-called “Nahversorgerkino” (local supplier cinema) is equipped with 76 seats and features primarily new European films in their original version, with German subtitles. There are also many special programmes and events, and its target audience consists mostly of students and sophisticated film lovers. Close co-operation with other arthouse cinemas and local film distribution companies makes it possible to give many films a longer exhibition time than usual. This has granted Admiral Kino a niche in Vienna’s cinema landscape.

The cinema’s atmosphere invites the audience to engage in discussions before and after the screenings in the auditorium, as well as in the foyer. Today, it’s a confirmed habit to host premieres and events and many fine directors, cinematographers, scriptwriters and actors have held presentations and Q&As, among them Wolf Suschitzky, Dai Sije, Karl Markovics, to name but a few.

Over the course of its more than one-hundred-year history, Admiral Kino has also seen a number of celebrities among its audiences. One of them was the important Austrian author and playwright, Arthur Schnitzler (1862 – 1931). Schnitzler was a regular guest at Admiral Kino, as evidenced by his diary entries. On August 2nd 1929, he saw Lupu Pick’s A Knight in London starring Lilian Harvey. This film, unfortunately, was a so-called “lost film”, no single copy was left in worldwide archives. But, in 2012, after many years of Internet research, Michaela Englert found a video fragment, owned by a collector in New Jersey. Combined with the preserved intertitles of the Berlin Film Archive, the film could be restored and was shown at the 100 years anniversary of Admiral Kino in 2013.

The cinema’s atmosphere invites the audience to engage in discussions before and after the screenings in the auditorium, as well as in the foyer

In September 2018, a “Station of Remembrance” dedicated to Margarethe Ebner will be placed in front of the cinema. When the Admiral Kino homepage went online, in early 2008, the retired public prosecutor Henry Ebner contacted Michaela Englert. He was born two floors above the cinema in 1936 and had to emigrate with his mother to England in 1938. Through his commitment, this important part of the cinema’s past remains in the public memory and, now, this will manifest into the form of a brass plaque, in the sidewalk in front of the cinema.

The big challenge for the Admiral Kino, as for all cinemas worldwide, are the massive changes in film consumption. With streaming services, audiences can watch movies at any time and in any situation. In places like the Admiral Kino, you can only watch a movie at a special time – with special people for whom a cinema is still a magical place.