At Star Cinemas in Strasbourg

Star is a “community cinema, with a lot of activities and a human approach” 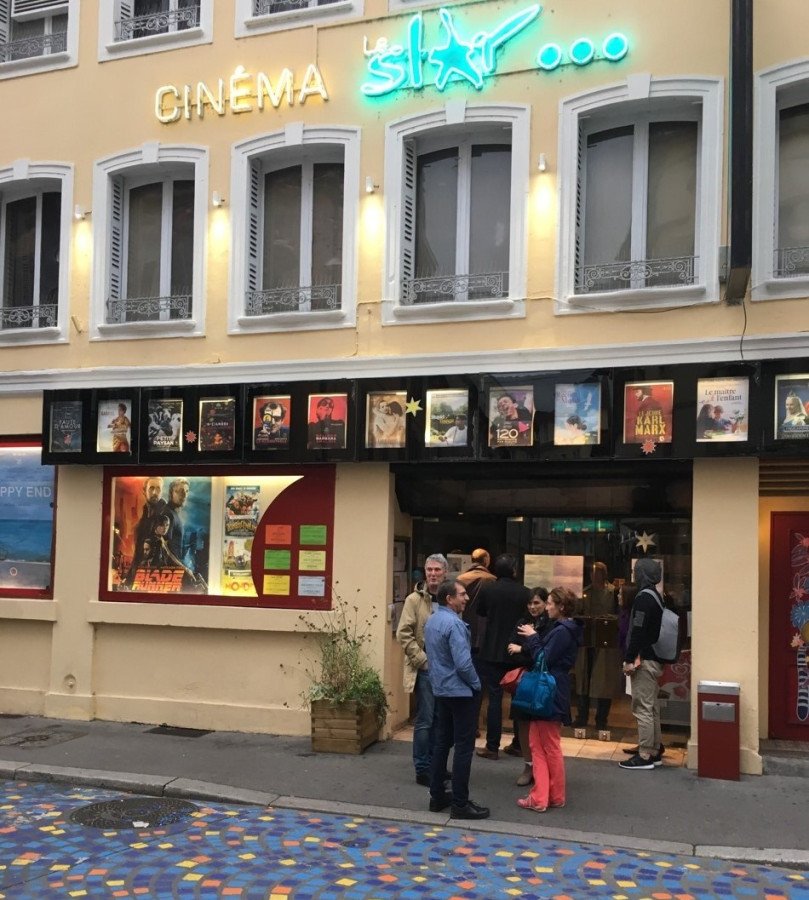 Cinémas Star received the Europa Cinemas Best Programming Award for the diversity of the films screened and this made it very interesting to me. My interest grew when I learnt that the cinema faced considerable financial difficulties due to a sharp increase in rent. The combined contribution of public authorities and audience saved the cinema.

Two cinemas in the heart of Strasbourg

In 2006, the owner decided to double the rent. After a long civil lawsuit, the court determined in 2011 that the cinema had to pay a retroactive mark-up rent from 2006. This amount, coinciding with the digital transition, has been funded by crowdfunding, which reached the amount of 60,000€ thanks to the donation of the community!

We also faced a similar problem by the past and our community supported us. Our open–air cinema, Athinea built in 1978 by the founder of our company, Mr. RINGAS Theodoros, faced a severe opposition by the residents of the neighborhood that were not used to have an open-air cinema operating in this area and tried very hard to shut it down. There were several trials that went on for a long period of time and at some point, the appeal court made a decision that the cinema has to close. At a time with no internet and the only media being newspapers, radio and television we have managed to gather 15,000 signatures for the cinema. The court finally ruled in our favor and the neighbors that originally opposed the cinema became our customers as well.

The real estate venue of the Star was declared as a cinema, what means that the usage of the building is preserved and has to maintain this identity. Both venues are located in the heart of Strasbourg, the capital of Alsace, a wealthy region with strong traditions. The metropolitan population is around 350,000 inhabitants which means that on average each inhabitant is visiting Star cinemas once per year.

Together with our affiliate company we operate two open-air cinemas, both in downtown Athens. Athinea is located in a pedestrian street in the most prestigious neighborhood of Athens, Kolonaki. During the past few years this specific street block became one of the major meeting point for young people of all ages that come together especially during spring and summer periods.

The exhibition company that runs Cinémas Star employs 18 people, 4 of whom are in charge of watching films during the week and discussing the programming every Monday. They issue a program containing the screenings of the next 5 weeks and a short leaflet with the films screened during the week in the 10 screens of both cinemas.

The exhibitor, Stephane Libs, used to be the programmer of the cinema before taking over the company in 2007. As he states, their strategy is to attract all kind of audience and having 10 screens in total gives them the possibility to work in all cases. According to Stéphane, Star is a “community cinema, with a lot of activities and a human approach”.

Animation or special nights with premieres are important as they strengthen the link with the audience. As Stephane is stating: “Our offer is more varied than in the past, with repertory films for example.  Communication is also essential to us. 6 months before choosing a film, we ask spectators what upcoming movie they are expecting the most. We make short films to convince people to go to the cinema. We explain to the children why it is important to see a film in a cinema. We have 21 trailers that are available on our YouTube channel. We have another initiative called Cycle, where people share with the younger generation the movie they preferred when they were their age to make them want to see it. The idea is to unite our community and make it bigger. It is a matter of communication but it also has to do with the choice they make themselves”. 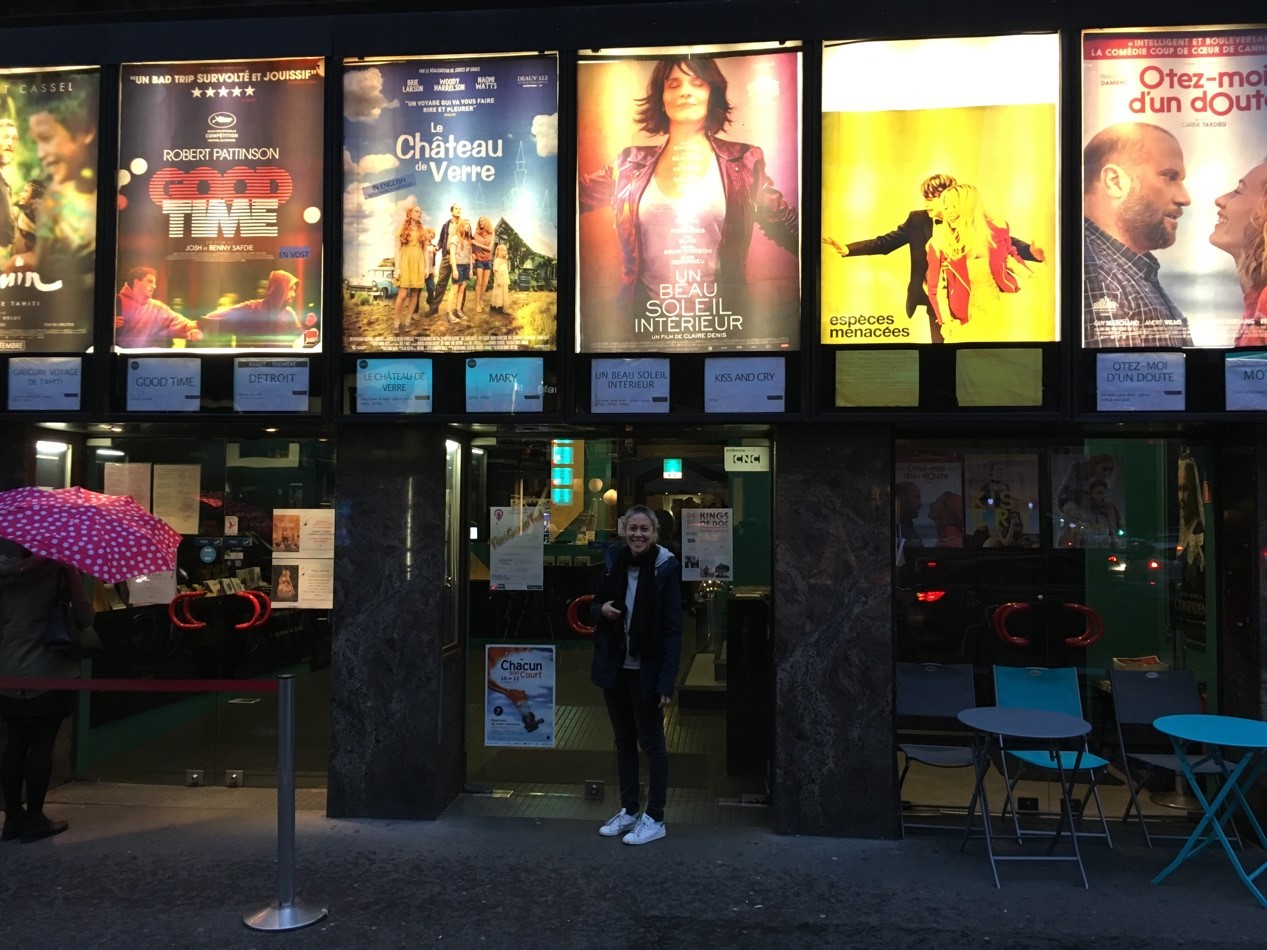 During my visit in Strasbourg I managed to exchange thoughts and ideas with Flore Tournois (the exploitation manager) about the day to day operations of Star cinema. “We have many screens which allows us to program a lot of movies. Diversity is important as Strasbourg is close to the border and appeals to German viewers as well as the many expatriates that are attending the European Parliament”. Stephane Libs confirms it: the motto of the cinema is “diverse film screenings for all kind of viewers”. Among the big hits, Toni Erdmann was a huge success in 2016, as well as Demain documentary, which run for 20 weeks.

Regarding Young Audience activities, Star works with schools and universities. One of the current initiatives consists in a collaboration with a professor of cinema and it is on Ang Lee films, with screenings for 60 students of the University of Strasbourg in the frame of this specific course. The thematic changes every semester.

Star cinemas also take part in the three national school schemes. Teachers come with their pupils for 3 different movies per year with a €2.50 admission ticket. The films are chosen from the National catalog plus 6-10 films from the Regional one. There are often history films and documentaries. The cinemas also propose unreleased films in the morning. The price is 4€ for children under 14 years old and 5€ for groups. Those events are part of their curriculum and are not organized during their creative time.

A very original initiative is the the Du Du club. It aims for families with very young children of 2 - 5 years old who want to see their first film (each first Sunday of the month at 10 o’clock). Du Du is a small puppet that says hello, talks about the film, explains to the children that lights are going to go down and ask them to sit in the back of their seat. At the end there is a ceremony where a “Baptism diploma” is given for their first experience in a cinema. The price is 4€ for children and the program lasts around 1 hour (10’ for the introduction, 40’ for the film and 10’ for the buffet). The idea is to create something special about the film and the screening. On a flyer given to them, children write the title of the film, stick the ticket stubs, choose the emoji that represents what they felt and draw their favorite scene. The cinema offers a lunch box priced at €2.00 including a desert, juice and an optical game. For family entertainment, Disney animations are not included in the program as the distribution company prefers to offer those to multiplexes instead of Art Cinemas.

Moreover, Star Cinemas organize Animaster, a workshop for children during which they learn how to make a film on a theme. It is limited to 6 children per session at a cost of 20€. The productions can be discovered in Star’s YouTube channel.

Star Cinemas have a Video Club that allows to digitally rent previous movies of the director of a movie which is on the screens or upcoming. The idea behind is that “curiosity brings curiosity”. Around 10-20 movies are available at the time of the newly released ones at the cost of 3.99€ each.

As the exhibition company states they do not have any budget for marketing and communication fees, they try to find solutions through exchanges. Despite this uncomfortable situation, it demands a dynamic and creative process to reduce the expenses.

The major advantage of Star cinemas in Strasbourg is their ability to offer a selection of movies for all audiences through their 10 screens. What we can learn from their experience is to adapt the programming in our two cinemas in such a way so that we can offer different movies according to the population and the needs of each area.

Another possible practice would be to screen two movies per day, allowing diversity during the limited time of screening we have, since open-air cinemas can start operating after sunset, which is around 9:00 pm during the summer.

Having four people dedicated to watch films prior to their releases helps them a lot in programming the most suitable films for each period. In addition, Stéphane and Flore used to work in Star with the previous owner, so they know what it takes to run a cinema and with their work they prove to play an indispensable role in the Strasbourg’s community.