Here in St Polten, people are coming to the cinema to have a coffee or a glass of wine and they eventually see a film before or after, sometimes not at all. But the cinema makes peoples stop by and gather. 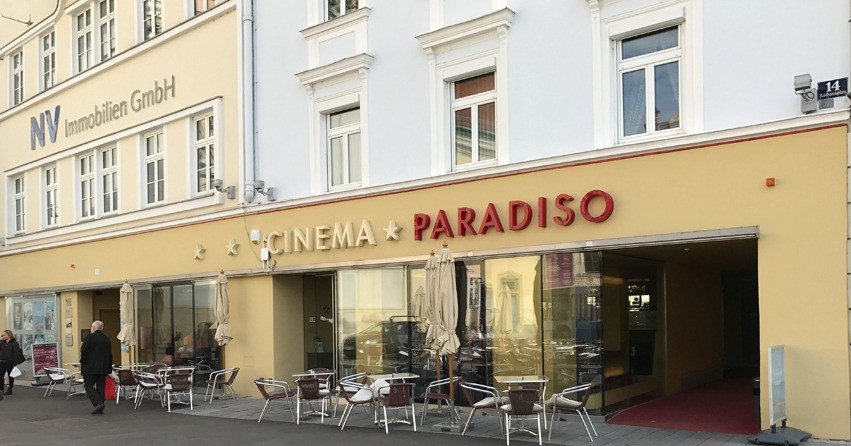 When I found out about the existence of the Next/Change programme, I immediately wanted to apply. I am always very curious to see how other exhibitor works in other environment. With the help of Raphaëlle Gondry, I chose to visit Cinema Paradiso in St Polten as I wanted to make an exchange in a cinema similar to Zeise Kino. Getting in touch with the exhibitor was easy and we easily agreed on the dates. I went to Cinema Paradiso from 10 to 14 October 2017.

This cinema and Zeise Kinos have several similarities: number of screens, organisation of open air screenings, loyalty cards and of course the programming. Cinema Paradiso also had a decisive advantage: the restaurant. Moreover, checking their website I discovered many interesting things.

The problem I face in my cinema is how to pass from the big room of 360 seats to the 2 smaller rooms of less than 100 seats each. The difficulty is occupying the big room. What special else could we propose to the spectator beside the regular screenings? What learnings could I take home from the way of managing the restaurant and welcoming spaces at Cinema Paradiso?

Adapt the spaces to the actual use

I found the layout of the 3rd room spectacular. The classic cinema was changed into a concert room “Club 3”, without cinema seats but with a scene and a bar. Instead of watching a film, the pleasure of listening: this catches-up the history of Cinema Paradiso which was called before Beethoven Kino. The room used to have a balcony which was later turned into a second screening room. These two changes are stuck in my mind. The big room of Zeise Kinos also has a balcony whose seats are rarely used. We could reduce the capacity of the room without many difficulties and use the space to build another screen, which would be more appropriate to the actual needs. This would solve the occupancy problem. We would have a big, a medium and a small room. 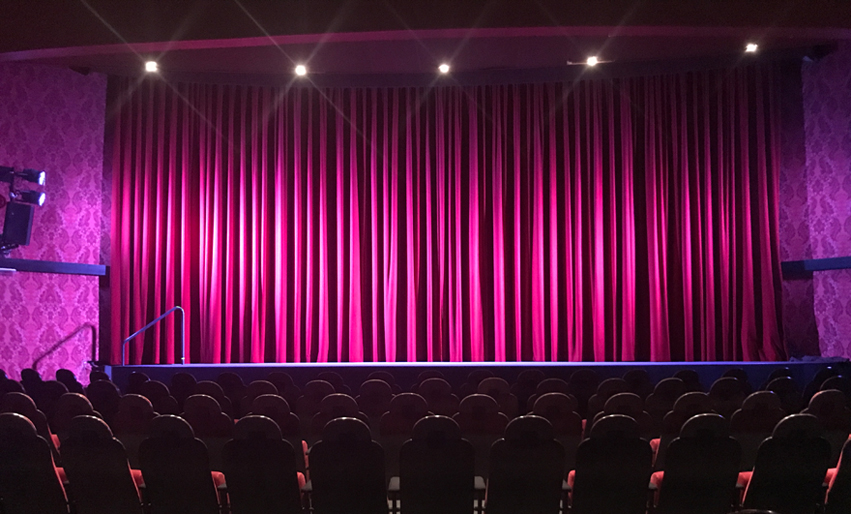 Concerning the restauration space, our cinemas are considerably different. Here in St Polten, people are coming to the cinema to have a coffee or a glass of wine and they eventually see a film before or after, sometimes not at all. But the cinema makes peoples stop by and gather. This is not the case in Zeise Kinos foyer and I regret it. People come to see a film, but the foyer is really not a welcoming space. The visit to Cinema Paradiso was very inspiring as the space architecture is quite similar to Zeise Kinos.

I wanted also to see how worked their open air screenings during summer. My fellow colleagues are here facing the same problems and have the same questions: obtaining the financial supports, buy or rent the equipment, manage the programming, the staff, the sponsors, security and all these aspects that make sometimes the life of an exhibitor very complicated.

Digital issues beyond the screening

During the exchange, I was also able to take part to the regular everyday life of the cinema: staff, programming, website, online reservations, newsletter, loyalty cards, school screenings and many other tasks. The digitisation does not end with the digital screening: very basic questions as “Do we still need a projectionist?” or “Are you still using posters or publicity screens?” are part of the digital issues. I understood with my questions and the answers I had, that we, exhibitors, are on several points facing the same problems, smaller of bigger.

This exchange was for me a really great experience, that we should repeat more often. Many thanks to Europa Cinemas and to all the team of Cinema Paradiso for making possible this insight into their day-to-day work.