At Cinéma L'Archipel in Paris

The thing that struck me the most when I arrived in Paris was the variety of screenings and events related to cinema taking place all the time. I knew that the city had a huge cultural life but experiencing it is quite overwhelming. It's a real challenge to maintain the interest of a regular audience with so many things happening. 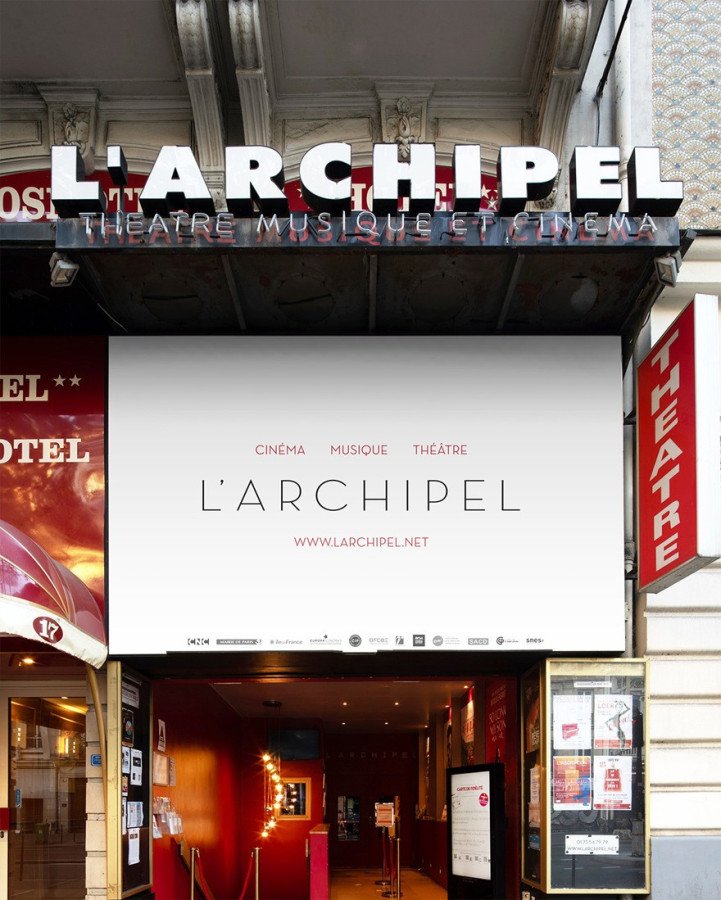 When thinking about doing an exchange through the Europa Cinemas programme, Paris was a natural choice.  It was not only because Zumzeig cinema was partially based in its foundation on the small, charming Art & Essai cinemas one can find in Paris, which are more a meeting place for cinephiles than an aseptic venue for only watching films and then going back home. But the reason was also that we find it of utmost importance to cross the border and establish relations with foreign institutions and individuals we feel close to, in order to grow and bring interesting proposals to Barcelona without intermediaries. And in relation to this, within the time I ended up spending in Paris I had the opportunity to meet Théo Deliyannis from the Collectif Jeune Cinéma, Pascale Cassagnau from the Centre National d'Arts Plastiques (CNAP), Emmanuel Lefrant from Light Cone and Jérôme Brodier from the Groupement National des Cinémas de Recherche (GNCR). And of course I had the opportunity to meet the Europa Cinema staff in its offices.

I chose L'Archipel because it is similar but at the same time different from Zumzeig, meaning that we share the same vision on film exhibition but our working methods are completely opposite. The editorial line of L'Archipel prioritizes national and international independent films, in combination with the re-releasing of auteur classics and the showing of bigger budget quality films on its second or third week of release. It is based on the very strong vision of its only programmer Damien Truchot, whereas we are a cooperative and all the decisions regarding programming and other daily work are made in common. I was also curious because L'Archipel is a historical cinema which has existed since the beginning of the 20th century, and Zumzeig was built from scratch in 2013. Also the fact that Damien had experience with exchanges was important, as it was the first time for me.

The thing that struck me the most when I arrived in Paris was the variety of screenings and events related to cinema taking place all the time. I knew that the city had a huge cultural life but experiencing it is quite overwhelming. It's a real challenge to maintain the interest of a regular audience with so many things happening. Damien's work on one hand couldn't be done in a more proper city because there's always an audience hungry for film but at the same time the competition is very high. 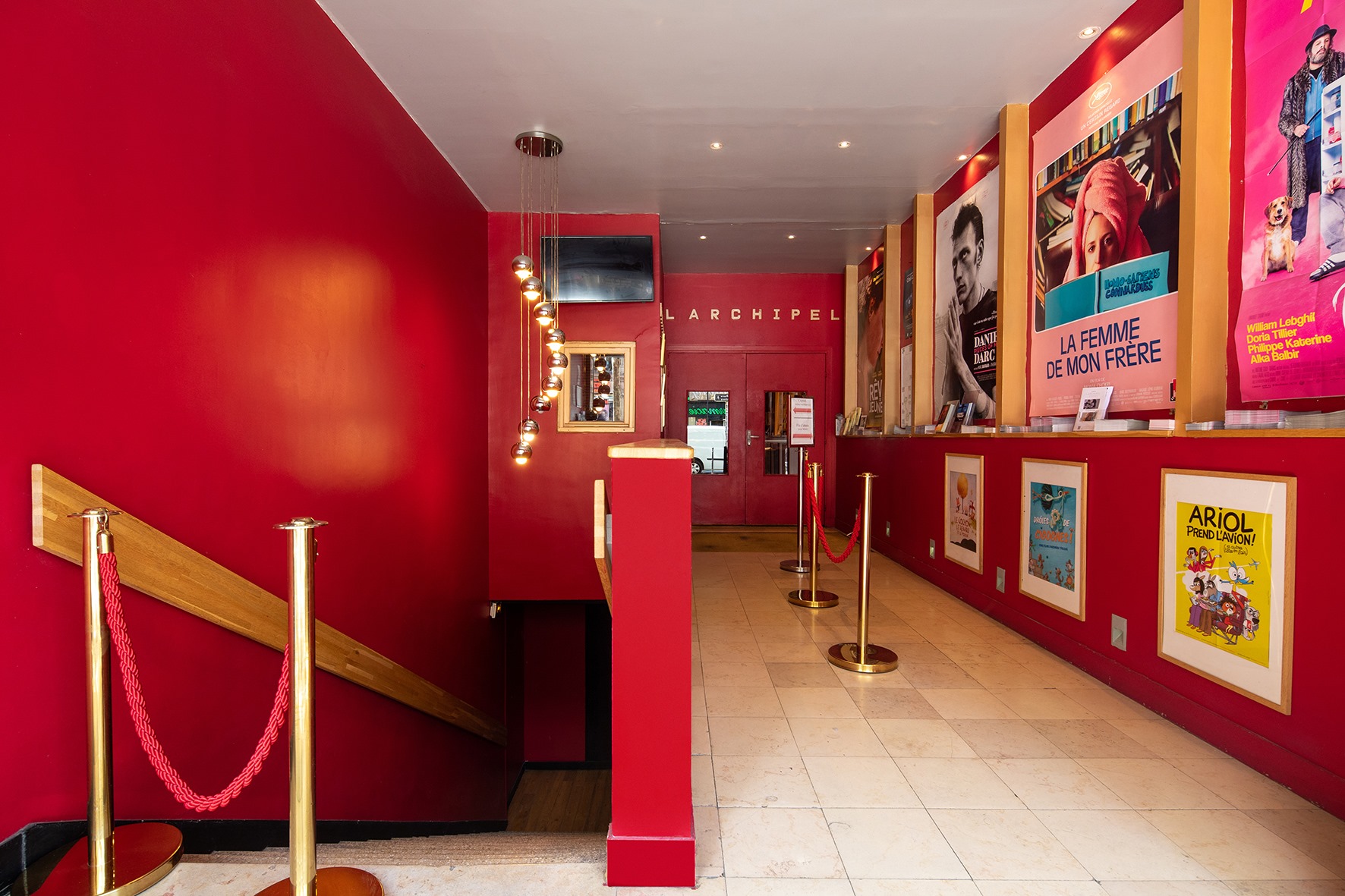 In L'Archipel, on three consecutive days, I attended a screening dedicated to the work of filmmakers Sol Suffern-Quirno and Rudolf di Stefano, as part of the Coté Court Festival; then the avant-première of Kelly Reichardt's film River of Grass which had been restored; and finally the première of Pascale Bodet's last film Porte sans clef; and even on the following week I had the opportunity to discover the work of Guy Gilles in a Carte Blanche to filmmaker Michaël Dacheux, who presented L'Amour à la mer, and the screening was preceded by a cinephile walk through the neighbourhood.

Then, after these three screenings, on Friday I spent the afternoon with Damien getting to know the rest of the staff (L'Archipel is also a theater) and going through his daily routines, explaining to me the pros and cons of his work. It was a relief to know that we share the same difficulties, like the fact that the number of spectators is in some ways fluctuating (even if we are talking about Paris) and the access to films. As it happens to us, there are certain films distributed by medium sized companies that will not allow him to show them on the first week of their release, but on the second or third. On the other hand, the budget coming from the different subsidies that L'Archipel receives is almost three times ours, so all these difficulties get compensated.

All in all, I found Damien's approach to programming very focused and well thought, and the way he handles the discussions is definitely different from ours. People in Paris really love to talk and exchange points of view, to the extreme that a discussion can be almost as long as the screening itself. Even Damien didn't stop it until he was sure that there was nothing more to be said.

I also took note of little but great ideas at L'Archipel that help keeping the audience engaged, for example having a guest book in the hall, or a box with posters from past films for the people to take home for free.

Before leaving Paris I paid a quick visit to the Studio des Ursulines and chatted with its programmer and director, Florian Deleporte. As with L'Archipel, the Studio has become a very personal project in which Florian's vision is key. The Studio is the only Art & Essai cinema specialized in young audiences (Florian insisted on using this concept instead of "kids"). We talked, among other topics, about the importance of the discussions after the screenings, regardless of the age of the public, and of findings ways to engage young audiences, a thing the Studio does through the amazing web page Benshi.fr.

Overall, the experience was very satisfying and inspiring, and it will surely have a big impact in some aspects of our work approach for the next season.