The Europa Cinemas Network Conference in Paris was the biggest in its history, with 600 delegates from 52 countries. 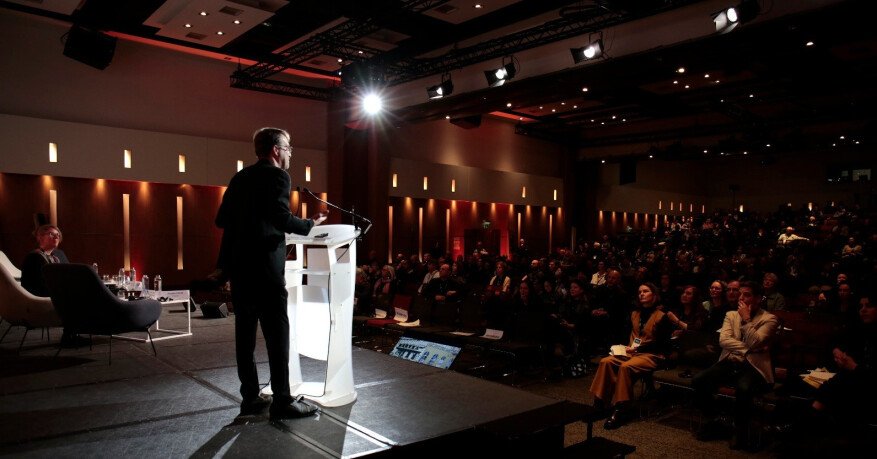 The Conference celebrated the 30th anniversary of the founding of Europa Cinemas and a Network that now covers 739 towns and cities in 42 countries and 3,059 screens.

The event included around 80 case studies and presentations by cinemas across Europe, highlighting positive trends.

The event saw the launch of two Charters, setting out the Network’s position and principles on Gender Balance and Inclusion and Environmental Sustainability.

It also included the launch of a Roadmap to turn the Charters into sustainable action.

The Conference included presentations of results and findings from the first COLLABORATE TO INNOVATE projects, and the launch of a third edition of the €1,5 million scheme, backed by Creative Europe MEDIA Programme.

The Conference recognised that European cinemas needed to fight in an extremely challenging environment but the tone was positive and optimistic.

The Conference screened 16 films and gave the Best Programming Award to Kino Pilotu (Prague, Czech Republic) and the Entrepreneur of the Year Award to Lumière Cinemas (Antwerp, Mechelen, Brugge, Belgium).

For more information and a summary by day and panel, see the Europa Cinemas blog.

Have a look as well at the official resume of our conference, and the resume of Focus France.