27 cinemas of the network accross Europe will screen on 21 September at 7PM (CET) the 2021 LUX Audience Award: COLLECTIVE by Alexander Nanau. The simultaneous screening will be followed by a live debate with the director streamed from Paris. The public from the 27 cinemas will be able to interact with the director. 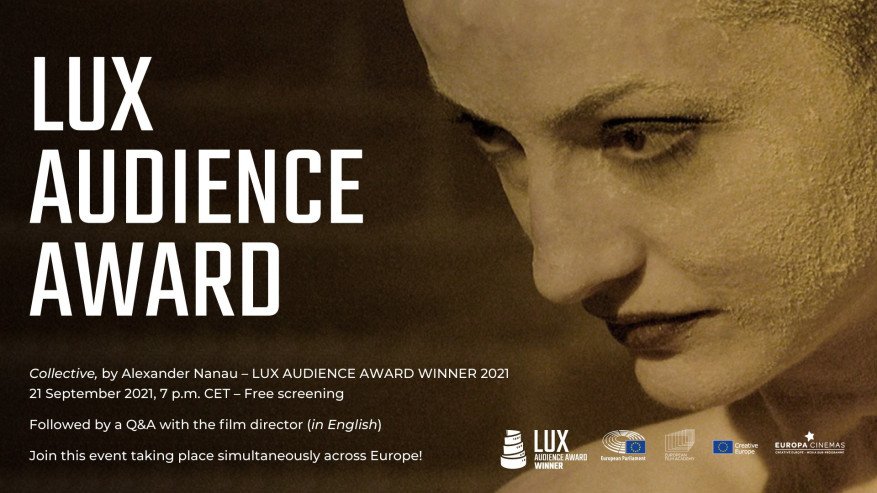 Europa Cinemas is particularly happy to be able to support the release of the excellent documentary COLLECTIVE in European cinemas. Screened at the Europa Cinemas Conference 2 years ago, just after its selections in Toronto and Venice, this Romanian film has had an exceptional career in festivals. Its theatrical release was delayed, primarily due to the distribution strategy in the USA with the nomination of the film for both Best Documentary and Best Foreign Film and second by the Covid-19 crisis which also caused delays in the releases.

The LUX Audience Award received this year is finally a consecration for COLLECTIVE, which continues its encounter with audiences, accompanied by a very positive reception by film critics.

The LUX Audience Award by the European Parliament and the European Film Academy, in partnership with the European Commission and Europa Cinemas, join forces again this year to give the possibility to audiences across Europe to watch COLLECTIVE by Alexander Nanau, winner of the Lux Audience Award 2021.

The film will be screened simultaneously in 26 countries, closing the screening with a live question-answer session (recorded from France and live streamed). The audiences in the cinemas across Europe will have the opportunity to ask questions through an interactive tool.

Join us in this unique European event in the following cinemas of the network: