Despite the unprecedented closure of all film theatres, rather than resigning themselves to the situation, Europa Cinemas’ exhibitors have stepped up their activities with one single goal in mind – maintaining their relationship with the public. 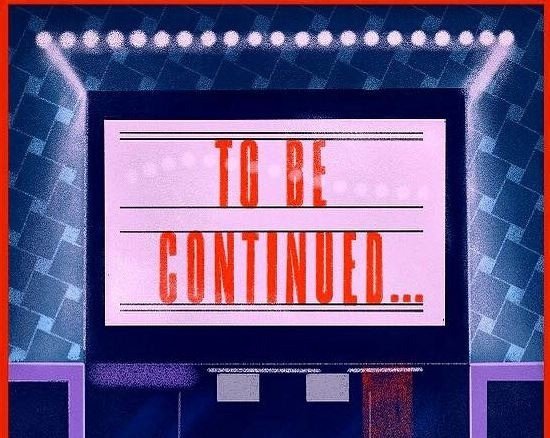 Cinemas were making effective use of social media long before the pandemic and the lockdown has offered an ideal opportunity to engage with audiences. Several film theatres have organised short film competitions such as #shortitout at the Watershed in Bristol, Filmer le confinement (“Filming Lockdown”) at Cinéastes in Le Mans, and Courts intérieurs (“Inside Shorts”) organised by Est Ensemble in the Paris region. Other venues, including Numax in Santiago de Compostela, Cineteca in Bologna, Visionario in Udine, the Greek Film Archive in Athens and the Renoir cinemas in Spain, have put documentaries, short films and audio/video recordings of their past events online. And in preparation for when it reopens, Amsterdam’s LAB111 has been asking cinemagoers to vote for the films they have always wanted to see on the big screen.

Initiatives for Young Audiences have also continued throughout lockdown. Many cinemas have used social media to offer children games, competitions and other activities they can do at home. Some film theatres, such as Nuovo Eden in Brescia have moved their screenings for schools online and others, such as CineCiutat in Palma de Mallorca have been sharing their educational resources.

It goes without saying that many venues have teamed up with platforms closely linked to the cinema, such as Picl in the Netherlands, La Toile in France, Nettkino in Norway, Curzon Artificial Eye in the United Kingdom, Filmin in Spain and the recently launched MioCinema in Italy. Europa Cinemas has also signed an agreement with MUBI, giving our members the option of offering their audiences three months’ free subscription while they are closed.

It is obvious that our cinemas share common ground with these independent platforms. First and foremost, there’s the editorial approach to programme scheduling, based on criteria relating to quality and diversity, far removed from the profusion and confusion of content on mainstream platforms. Then there are the promotional initiatives to encourage audiences to go out to cinemas by offering free or reduced-price tickets (Mubi Go in the UK).

Some exhibitors have gone even further and launched virtual cinemas and e-cinema screenings. Thanks to geolocation technology and outstanding cooperation between cinemas, platforms and distributors, film lovers have been able to maintain a close relationship with their favourite venues. Remote screenings are shown at set times, often supported by presentations and discussions. This model shows lots of promise, as can be seen with the success of La Vingt-Cinquième Heure which has drawn in more than 25,000 viewers via the Luminor Cinema in Paris, the Arvor in Rennes, the Méliès in Montreui and more than a hundred cinemas in France. Various distributors, such as Shellac in France, have released films online via cinemas in the network. Innovative models include #IorestoinSala in Italy, Moje Kino Live and Kino Aero in the Czech Republic, Tavmozi in Hungary, Kino Lumiere Doma in Slovakia, Draken Films in Sweden, A Contracorriente Films’ virtual film theatre in Spain, and Poland with Kino Pod Baranami and this week, the launch of a virtual cinema shared by several cities in the country.

Independent cinemas are still seen as iconic cultural venues in our towns and there have been several audience-led initiatives, such as crowdfunding and voucher schemes, to help film theatres in difficulty. As familiar places in their communities, cinemas have also been showing solidarity with their neighbourhoods. In Angers, for example, the 400 Coups has opened up its lobby to local growers.

Whether we are talking about virtual cinemas in the Czech Republic and France, German and Baltic drive-ins, online discussions in Italy, webinars in Valencia, “Battles” at Le Méliès in St Etienne, short film competitions or film education initiatives, the network’s cinemas have sent out strong messages to their audiences and the response has been tremendous. On their own or in groups, film theatres have reinvented themselves, they have tried new ventures, formed new partnerships, overcome the unprecedented hurdle of the shutdown and laid the foundations for when service resumes - eagerly awaited by the entire European film industry. And let us underline the contribution of Creative Europe’s exceptional package of financial support for the network’s exhibitors at this challenging time.

This crisis has shown exhibitors that they have resources and allies. Initiatives started during shutdown have led to mutually beneficial relationships between freelancers, cinemas, distributors and platforms. Europa Cinemas will be following this up so that exhibitors can describe what they have done and put a figure to their initial results. Cinemas may be able to think about reopening now but health restrictions are still going to have an impact on the way they operate for a long time. The films and the artists will be on board, the real challenge however is still the public. It is through initiatives that help us carry on our activity and new partnerships between different stakeholders in distribution that we can successfully push our boundaries to nurture a love of film in everyone, especially young people, and bring cinemagoers back to our venues together.