ALICE ET LE MAIRE (Alice and the Mayor), directed by French director Nicolas Pariser, has won the Europa Cinemas Label as Best European film in the Directors’ Fortnight section, it was announced today by a jury of four exhibitors from the Network. 2019 marks the seventeenth time the Label has been awarded in Cannes. 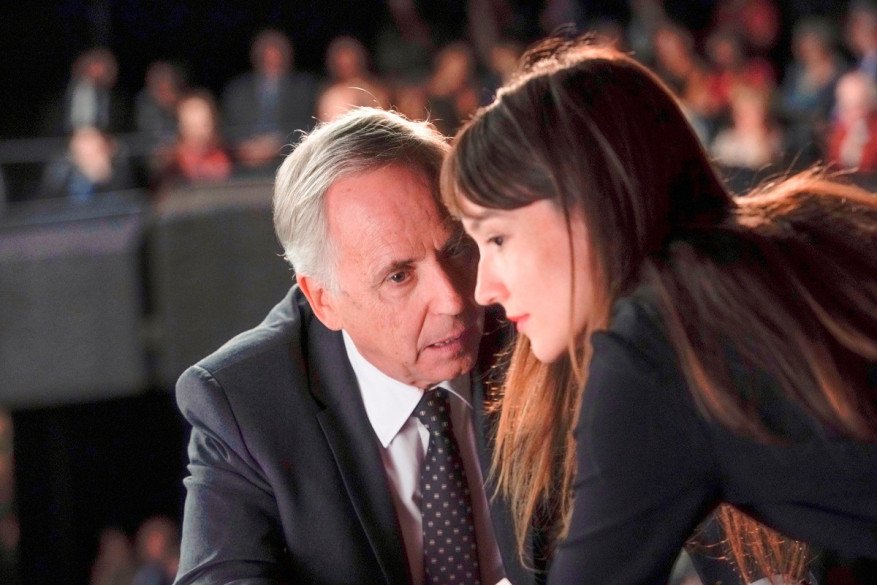 ALICE ET LE MAIRE (Alice and the Mayor) will now receive the support of the Europa Cinemas Network, with additional promotion and incentives for exhibitors to extend the film’s run on screen.

The jury issued the following statement: “First of all, congratulations to the Quinzaine for the consistently excellent standard of the selection this year. Despite this, our selection of ALICE ET LE MAIRE (Alice and the Mayor) was a unanimous one. This is a very well-made film – beautifully written, clear, concise and intellectually stimulating without being at all pretentious. It is a timely and very relevant look at the direction of European policies and politics – but never dry or didactic. The performances are very strong, although this is not in any sense a star vehicle for its leading actors, brilliant though they are. The film comes first. We believe strongly that this film will have wide appeal across the Europa Cinemas Network, and can spark lively debate among our cinema-goers.”

The direction and script is by Nicolas Pariser, Image by Sébastien Buchmann, sound by Daniel Sobrino, set decoration by Wouter Zoon, editing by Christel Dewynter, with music by Benjamin Esdraffo.

Synopsis: Paul Théraneau, the mayor of Lyon, is in existential crisis. After 30 years in politics, he feels totally empty and devoid of ideas. As a fix for this problem, his aides bring a brilliant young philosopher, Alice Heimann, into his inner circle. A dialogue develops between Alice and the mayor and the two become closer, which calls into question everything they were most sure of.

Nicolas Pariser was born in Paris in 1974. In 2000, after studying law, philosophy, art history and cinema, he has become a film critic for the magazine Sofa and subsequently worked with Pierre Rissient for four years. Between 2008 and 2013, he made three short films. In 2015, his first feature film, THE GREAT GAME won the Louis Delluc prize for a first feature. ALICE AND THE MAYOR is his second feature.

The Label is also awarded in Berlin, Venice, Karlovy Vary, and will be awarded for the seventh time this year at Locarno. Recipients of the Label honoured at Cannes in the past include: A CIAMBRA, MUSTANG, 12:08 EAST OF BUCHAREST, LA PIVELLINA, LE QUATTRO VOLTE, THE REPENTANT, THE SELFISH GIANT, LES COMBATTANTS, MERCENAIRE and TROPPA GRAZIA in 2018.